ANALYSIS: GIVE THE MACHINES A LEG UP! 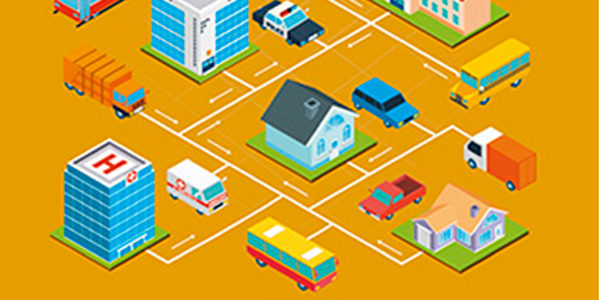 Far from seeing an approaching apocalypse, Kevin Phillips thinks we should be welcoming the machines into the workplace. He tells us why he thinks that and gives some tips for making the machines work for you

The rise of the machines doesn’t sound like science fiction to me anymore. Many of us will remember a time in our career before cell phones and emails. Now we hear of semi-autonomous drones and self-driving cars – technology is advancing at an eye-watering rate. And with these advances come the naysayers and their apocalyptic predictions: if you don’t get run over by a self-driving car, or accidently bombed by a drone, at the very least you are likely to lose your job to a machine.

Indeed, last year the Bank of England’s chief economist, Andy Haldane, said that almost half of the UK’s workforce, or 15 million jobs, could be replaced by increasingly clever machines in the next 20 years.

Machines have already disrupted our status quo and will continue to do so in the future – accept it. But perhaps we can use this to our advantage.

Toby Walsh, professor of artificial intelligence (AI) at Australia’s University of New South Wales, is incredibly upbeat about the value that robots can bring to the workplace.

His view is that the machines will take over the boring, repetitive, mind-numbing or dangerous stuff. And they will do this work better than we can, for longer, without getting tired or making mistakes, 24/7, every day of the year.

Take Aussie mining company Rio Tinto. Last year two of its mines became the first to move all their iron ore using remote-controlled, driverless trucks. The 22 trucks on the fully automated mines, plus another 47 trucks on other mines in Western Australia, are controlled from Perth, more than 1 000 kilometres away. The trucks run 24 hours a day, and 365 days a year, don’t take bathroom or lunch breaks, and crucially, don’t become fatigued in a high-risk environment.

Rio Tinto says this is saving them 500 work hours a year. And while presumably the original (human) truck drivers were redeployed, the mine struggled to recruit remote control operators. Hardly surprising, seeing the job didn’t even exist a few years ago.

Walsh concurs, saying that, as with the Industrial Revolution, the digital revolution will both destroy and create jobs, but this time white-collar jobs are also at stake. This trend is not new: since 2000 productivity is up and employment is down. Two things are likely to happen: one is that a computer will replace you, or alternatively, you’ll use a computer to do your job better.

Why is Walsh upbeat, though? Drawing a parallel with the socio-economic improvements brought about by the Industrial Revolution: shorter working weeks, social welfare and so on, today we have the chance to redefine our working lives, freeing us up for other things, including the lifelong learning that we’re going to need to thrive in the ever-changing, digital economy.

I think this starts with forward-thinking, adaptable individuals. Just like businesses are being told to disrupt themselves before they get disrupted, we professionals need to enter a personal disruptive space. So why not take matters into our own hands and start to automate the repetitive, boring part of our jobs, freeing us up to think creatively and strategically. Far more than getting the job done every month, this is where we can really add value.

Let’s take a look at the finance function. We have the opportunity to make a massive step-change in roles and responsibilities, taking the finance role from bean-counting operational stewardship to becoming a change agent and driving strategy in the organisation. You can begin today by starting small and keeping an open mind. You don’t need to get things right first time, as long as you learn from each experiment. Is there one day-to-day task that you can automate today? Do so and see what happens. This will give you the opportunity to free up capacity by shifting and automating operations, giving you the time to run the analytics needed to practically predict the future, and smooth out the processes to ensure you stay efficient and productive in the future.

Then, is there one skill that you’ve been meaning to acquire to take your career forward – ideally something that the machines can’t replicate, so probably involving creativity and emotional intelligence? In today’s world, you need to keep learning: our one-size-fits-all education system is a massive mismatch with a fast-paced, digital world.

Keep testing and experimenting with new ways of doing things, and you’ll set yourself up to peek around the corner and shape the future of your organisation.