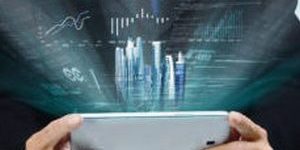 Corporate reporting has evolved hugely since the Second World War. This evolutionary process has been driven by many factors, including the broadening of share ownership, the information revolution and the aftermath of a plethora of corporate collapses, as well as a concomitant burgeoning of standards and regulatory requirements.

All of these factors led to corporate reports growing in length and detail, but the process was uncoordinated and annual reports were becoming unintelligible. Certainly, few people read them.

There was a desperate need for a framework to provide some cohesion and direction. In 2011 representatives from various stakeholders came together in London to form what became the International Integrated Reporting Council (IIRC).

It issued an International Integrated Reporting Framework (<IR> Framework) in 2013. This Framework’s main objective was to enhance the understandability of corporate reports and to make them more useful to stakeholders. It aimed to achieve this by broadening the scope of the report, but at the same time reducing detail and only reporting material information. In this way annual reports would provide a balanced and more holistic picture of the organisation. Reports needed to provide key information on performance but also information that allowed readers to make assessments about future prospects. The supporting detail could be obtained from other online reports such as the annual financial statements or sustainability report.

South Africa was one of the leaders in the development of integrated reporting and the first to implement it through JSE listing requirements.

So, has integrated reporting improved the quality of corporate reporting?

To my mind, there has been a substantial improvement in the quality of reports over the past six years. The best integrated reports follow the recommendations contained in the <IR> Framework.

The first and most obvious improvement is that reports are shorter and easier to read and understand. They deal with the important issues without the distortion of detail. For example, Standard Bank’s 2016 integrated report is 128 pages in length. This compares with its 2007 report which was 308 pages.

Granted, the 2007 report included the annual financial statements, but that was a large part of the problem. The latest Vodacom report is 92 pages and that includes the notice to shareholders. The 2007 report was 185 pages.

At seminars on integrated reporting, participants often ask: ‘What is the optimum length of an integrated report?’ That is not an easy question to answer, since it depends on the type of business and the nature of issues that need to be discussed. For instance, it is unlikely that a large commercial bank could compete on length with a retailer.

In the past, reports were mostly presented as a series of unconnected sections (silos) including the chairman’s report, financial statements, corporate governance statements, risk analysis, and maybe a section on sustainability. However, it was difficult for the reader to relate the different sections, which were often prepared independently. This meant that it was almost impossible to make meaningful assessments about future prospects. The best integrated reports now go out of their way to connect information so that the various aspects of the business can be better related and understood. Organisations use illustrations, page references and symbols to connect information such as strategic thrusts and risks, performance and the outcomes on the capitals. This helps the reader greatly in understanding how the organisation’s strategy is working.

Fundamental to modern reports is the focus on material information. In by-gone years, it seemed that the objective was to confuse the reader with detail. Now reports focus on the important and material issues that the reader ought to be aware of to be able to assess the organisation’s performance and future prospects. It is interesting to look back at reports and notice how important aspects of the business were hidden in the detail or left out completely.

Formerly, most of what was reported related to past performance. While this is important to understand, it is equally important to be able to understand how the organisation creates value and if it has the capacity to do so in the future. By providing information about the business model, strategy and the capitals, organisations provide readers with a useful basis for making assessments about future prospects. I will expand on this in the second article.

In South Africa, we have come a long way over the past six years and perhaps we are not aware of the radical changes that have taken place because we see them evolving from year to year. To put this into perspective, I invite you to look at annual reports of some foreign companies which have not embarked upon integrated reporting and you will see what I mean. Try wading through the latest Volkswagen report – all 424 pages!