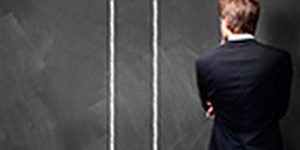 The King Committee published the King IV Report on Corporate Governance for South Africa 2016 (King IV) on 1 November 2016. King IV is effective in respect of financial years commencing on or after 1 April 2017 and replaces King III in its entirety

King IV’s boldness is evident in the clear focus on transparency and targeted disclosures in all areas, specifically in the introduction of far more extensive executive remuneration disclosure than ever seen before. These are in line with global developments and perhaps more relevant than ever before in a country with a high income differential.

King IV recommends that remuneration be used as a tool to ensure the business creates value in a sustainable manner within the company’s economic, social and environmental context. A remuneration committee, established by the board, should recommend a fair and responsible company-wide remuneration policy that promotes sustainable value creation. The policy should address:

King IV acknowledges that fair and responsible remuneration reflects on a company’s corporate citizenship and should be considered in the context of overall employee remuneration.

King IV recommends that the board oversees implementation so that the organisation is able:

These intended results align with King III recommendations. However, King IV now recommends detailed and specific disclosure on the policy and its implementation. In order to properly draft the remuneration policy, the board, in conjunction with the remuneration committee, will need to clearly articulate the link between strategy, sustainable value creation, performance and remuneration.

The code opted for an advisory vote that is likely to be mandated by the Johannesburg Stock Exchange Listing rule.

King IV has a renewed focus on transparency and accountability regarding the disclosure of directors’ and prescribed officers’ remuneration. It requires a three-part disclosure for remuneration, including the remuneration background statement, policy and implementation.

Remuneration implementation disclosure must be aligned to the disclosure requirements set out in the Companies Act. It should include remuneration for each member of executive management, including separate tables for total remuneration received for the reporting period, as well as all the elements that make up this total, declared at fair value.

Variable remuneration requires specific disclosure and explanation in the implementation report. Details of all awards made under variable remuneration incentive schemes in the current and prior years which have not yet vested, including the number of awards, the values at the date of granting, their award, vesting and expiry dates, and their fair value at the end of the reporting period should be included. The cash value of all awards made under such a scheme settled during the year should be disclosed. Performance measures and their relative weighting for remuneration calculations should be explained, including targets set and the corresponding value, and how the organisation and individual executives performed against each target.

If payments were made on termination of employment or office, these should be separately disclosed and reasons given.

In order to meet the above disclosure requirements, it is crucial that the board has an intimate understanding of how value creation, performance and reward are linked in the business.

While King III and the Companies Act ask the ‘what’ in respect of remuneration disclosure, King IV goes beyond the numbers and also examines the ‘why’. In other words, disclosure should not only include the numbers but also a clear justification for the amounts awarded. This closely aligns to international trends where transparency is at the forefront of the governance agenda and strengthens the disclosure principle enabling stakeholders to make an informed assessment of company performance and its ability to create sustainable value.

Author: Dr Johan Erasmus is a director at Deloitte. He is a regulatory analyst with a special focus on the Companies Act, King III and King IV, integrated reporting, governance, and consumer protection