ANALYSIS: The Potential to mislead 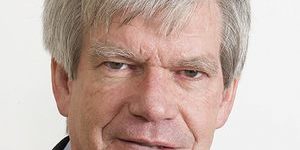 It is sometimes suggested that integrated reporting can be used by clever spin doctors to misrepresent the performance and outlook of an organisation. Unfortunately, some organisations are driven by people who, for whatever reason, wish to create a false impression about their organisation.

It is sometimes suggested that integrated reporting can be used by clever spin doctors to misrepresent the performance and outlook of an organisation. Unfortunately, some organisations are driven by people who, for whatever reason, wish to create a false impression about their organisation.

One relies on the governance and assurance procedures surrounding the reporting process to ensure that balanced reporting is achieved. In recent years, the King Codes, reporting standards and evolving legislation have contributed to more effective governance. However, these procedures are not foolproof, as they require people to perform their duty with care and skill – which does not always happen.

Readers of integrated reports should therefore view reports with a sceptical eye and apply some common-sense tests of their own.

A question I ask when reading a report is: ‘Does the picture presented in this integrated report align with the picture that I have formed in my mind about the organisation?’ If the organisation is receiving negative publicity in the media; how is this being handled in the report, if at all? There are several organisations in South Africa receiving bad media coverage, especially among the state-owned entities. Some of these have won awards for their reports, but have they practised balanced reporting? In some cases, reports have completely ignored these issues. This raises an immediate question about the credibility of the report.

One should also look at the governance structure and ask: ‘Can I trust these people to apply the appropriate skill and care?’ Do these people put in the hours necessary to understand the business or do they just attend meetings for the directors’ fees? If the governance structure is weak or opinionated, there is a high risk of manipulation of reports.

One of the guiding principles of integrated reporting is that integrated reports should present material information which allows readers to make better-informed assessments of past performance and future prospects. Generally, organisations have a process for selecting material issues and good reports should describe this process. However, issues can, intentionally or unintentionally be left out or masked over. It is true that things can happen that catch an organisation off-balance, but usually there is some early warning.

A common excuse for not disclosing information is that it is of a competitive nature and would harm the organisation if disclosed. The International Integrated Reporting Framework1 (<IR> Framework) deals with this issue and accepts that such conflicts can occur, but such matters can usually be disclosed without giving away harmful information.

In some reports I see, management is extremely keen to promote their organisation in the most favourable light possible. They use flowery and emotive language and highlight successes but relegate negative issues to the fine print or perhaps leave them out altogether. If a material matter is not disclosed, readers do not have a way of knowing about it unless they get information from another source. However, the style of presentation can give some clues as to the reliability of the report. Flowery and emotive language is a signal for caution, but no organisation can suppress information indefinitely. When it comes to light it does severe harm to the reputation of the organisation which generally outweighs any benefit gained.

I always look at how the negative issues and challenges have been disclosed. Are they given the same prominence as the successes? This tells me a lot about the reliability of the report and the culture of the organisation. Frequently there are no negative factors disclosed or they are down-played. This highlights problems with the report. No organisation can operate without challenges.

Another signal of problems is the extent to which the <IR> Framework has been implemented. If an organisation only pays lip service to the <IR> Framework, one needs to consider why. Is it because the leadership is living in the past or does it have something to hide? There have always been organisations that have disclosed the bare minimum. To my mind, this is iniquitous as the shareholders and other stakeholders are not being given the full picture and therefore they cannot make informed decisions about the organisation. Positive or negative aspects can be suppressed so the shareholders do not know the true value of their shares.

Obviously, the entity’s main industry is an important factor. At the extreme, organisations that produce and distribute harmful substances such as tobacco have no room to ameliorate themselves. Their reports can’t undo the damage the organisation does. More difficult to discern are the industries that affect the environment or can have an impact on health, such as mining and alcohol. Strangely, integrated reporting has provided these organisations with a way of demonstrating what they are doing to mitigate the impact and repair the damage. These explanations can be overstated, but that is where the reader needs to apply judgement.

I believe integrated reporting has taken corporate reporting to a new level to deal with the complexities of the modern world. However, it is still in its infancy. I am sure we will see the development of standards over time to enhance its effectiveness. There is no question that organisations do at times try to mislead stakeholders. Unfortunately, there will always be people and organisations that try this. Before the advent of the King Codes and integrated reporting it was a lot easier to mislead, but readers of reports will always have to use their common sense and read between the lines.