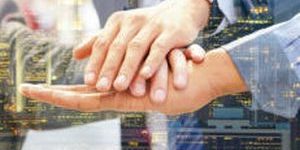 Part II of the ‘reasonable informed third party’ (RITP) essay deals with the definition of the parts of the RITP concept and the function. RITP will be defined anew when a new IESBA Code will be issued and that will be dealt with in a further article on this matter

While the concept of reasonable person seems clear and understood in law, this is not so clear in terms of the Code. The lack of a definition is not helpful and PAs have to develop their own thinking to fill the concept with more meaning. They can then include this concept to the decision-making processes when evaluating the effectiveness of safeguards in reducing the threat of non-compliance with the five fundamental principles of the Code to an acceptable level.

Such a conclusion is subject to the RITP test. In sections where the Code requires RITP test to be applied, the wording that engages the RITP is not always identical, which just adds to the complexity of the concept. In the definition of ‘Acceptable Level’ ‘[this] is a level at which an RITP would be likely to conclude, weighing up all the facts and circumstances available to the [PA] at that time … ’; however, in 290.43 the wording is extended to ‘ … whether a reasonable and informed third party, weighing the significance of the breach (of independence)1 the action to be taken and all the specific facts and circumstances available … ’: a condition that also considers the significance of the matter.2

The reasonable person must also be ‘informed’ and that requirement relates to the status of that RITP at the beginning of an evaluation of a decision made by a PA. It is also a very important requirement in when the RITP applies his/her mind to a decision regarding compliance with the Code by the PA. Thus, the adjective ‘informed’ requires that the RITP has certain professional capabilities about auditing, accounting, and the provision of professional services. I suggest that a person with less than ten years’ experience in the profession would not meet the requirements of ‘informed’.

As the RITP is required to assess whether, for example, a decision achieved the objective of reducing a threat to compliance with the Code to an acceptable level, it is also necessary for the RITP to have a solid understanding of the Code who regularly makes use of the Code. It is taken for granted that the RITP himself/herself is bound by the provisions of the Code and therefore must comply with the requirements of the Code and must also use the Conceptual Framework3  should there be any threats to the RITP’s compliance with the five fundamental principles pronounced in section 100(5). The activity of an RITP is not expressly included in the definition of ‘Professional Activity’, or in ‘Professional Services’, but the activity and the service of the RITP can be captured under ‘review’, thus including the services of an RITP and bringing the RITP under the umbrella of the Code. It seems reasonable to state that the review work of an RITP could not be performed by a person who is not a member of the auditing and accounting profession.

An RITP may also require assistance from other persons who have specific expertise in a field related to the circumstances surrounding the decision that was made by the PA and which is subject to an RITP’s review. This expertise can relate to subject matter expertise or it can be an ethicist or a person with knowledge in the field of ethical conflict resolution. However, these experts can only be guiding the process of review as the ‘informed’ part of RITP requires particular expertise of the work of a PA and experience in the field of professional services and the Code. Where the RITP was so assisted, those experts must also be obliged to follow the confidentiality requirements of the Code and must also comply with their own professional confidentiality requirements.

When being called upon to conclude on a decision made by a PA, the RITP will take into account all the relevant facts and circumstances available at the time which the PA knows or should have known. This clearly obliges a PA to cast the net of information gathering wide and go beyond that which is obvious and in the forefront. Reflexion is of importance and cognitive bias must be excluded in as much as that is possible for a person. The section of the Code headed ‘Ethical Conflict Resolution’4 sets out some procedures that can be adopted by the PA and RITP.

The ‘third’ party is a very relevant notion in that the person acting as RITP must be independent of the PA whose decision is subject to review. Independence is a concept of paramount importance to the profession and must be always be considered when performing professional services and an RITP provides such services. Lack of independence will lead to a self-interest threat to objectivity which threat must be addressed through the application of the ‘Conceptual Framework Approach’.5 Independence in appearance and in fact is written into the Code in recognition of the profession’s acceptance of its responsibility to act in the public interest and therefore the RITP needs to be independent and be seen to be independent.

THE ACTIVITIES OF THE RIPT

The RITP must weigh up ‘all the specific facts and circumstances available to the PA at the time’.6  This places the RITP in a position that he/she must consider matters that are applicable to the decision made by the PA but were not necessarily considered by the PA. This requires the PA to make a significant effort to gather all the facts and circumstances and extends to considering legal provisions, accounting and auditing standards, the code of conduct, laws and regulations,7 and the like. It is not possible to provide a comprehensive list.

The selection of an RITP must be made bearing in mind those factors discussed above. It appears to be unlikely that the PA whose decision is under review would have influence in the appointment, because of the independence requirements. Often the need for an RITP is only identified when a complaint is lodged against a PA, in which case a PA needs to be appointed to act as an RITP.

How does a PA achieve the objective of bearing in mind the requirement of consideration for an RITP? Section 100.22 states that ‘It may be in the best interest of a [PA] to document the substance of the issue, the details of any discussions held, and the decisions made concerning the issue.’ If such documentation is prepared, the PA will usually have sufficient evidence to demonstrate that the RITP requirements have been considered; sufficient documentation will show the deliberations taken and sources of information that has been referred to, so that the RITP can easily assess the decision made and come to the conclusion that compliance with the fundamental principles has not been compromised.

THE IMPORTANCE OF THE RITP IN RELATION TO THE PROFESSION

The application of the requirements of the Code is compulsory for the PA; registered auditors are compelled to comply with the Code in terms of section 4(1)(c) of the APA.9 IRBA is obliged to set ethical standards and the Rules Regarding Improper Conduct make it an offence for a registered auditor not to comply with the Code. SAICA members are reminded of by-law 34.13 which makes ’failing to comply with … Code of Conduct’ a punishable offence. While the Code has been conceived as a principle-based document, there are occasions when the Code is prescriptive. These are indicated by the word ‘shall’, which obliges the PA to apply the Code as instructed.

THE PROPOSED CHANGES TO THE EXTANT IESBA CODE

Just recently international comment was made on the Exposure Draft10 (note 7) in which we saw for the first time a definition of the RITP: ‘The concept of a reasonable and informed third party is a test which involves an evaluation by a hypothetical person. Such a person possesses skills, knowledge and experience to objectively evaluate the appropriateness of the PA’s judgments and conclusions. This evaluation entails weighing all the relevant facts and circumstances that the accountant knows, or could reasonably be expected to know, at the time that the evaluation is made to determine whether the accountant complies with the fundamental principles.’ This definition or a variance of it may well find its way into a new version of the IESBA Code of Ethics and thus into the Code.

A new idea is now included in the definition of the RITP which relates the concept of the RITP to a test to be conducted by a hypothetical person. Does this change the idea of an RITP and his/her function as is derived from the extant version of the Code? I do not think so; perhaps a PA will have a clearer understanding how to proceed when certain decisions have to be made in terms of the Code. Does this definition make it any easier to apply this concept of the RITP? Most probably not and there is still need to fill the concept with meaning and status. What has not been given any consideration is the timing when to apply the test and no indication is given as to what qualifies a person to act as RITP which is still quite nebulous and some suitable characteristics have been set out above.

The ‘reasonable and informed third party’ is a complex and in some circles a much-debated concept of the Code which requires to be understood and applied with confidence. The code is there to make the profession trustworthy and hence build trust between its members their clients and the public. The profession is challenged to bear the provisions regarding the RITP in mind and PAs are best advised to consider the RITP in their decision making in terms of the Code and then to document their decisions. The concept of an RITP gains more acceptance in the professional bodies and the profession itself and The Revised Ethical Standard 2016 published by the Financial Reporting Council has paragraph I14 which deals with the ‘Third Party Test’.

1 Brackets inserted by me.

2 Significance is part of the conceptual framework when ‘evaluating’ ids performed by the PA. There does not seem to be a reason to mention it again in 290.43.

7  In this regard see also the new publication by IESBA regarding Responding to Non-Compliance with Laws and Regulations, which is featured in two new paragraphs, 225 and 360, and is applicable in terms of that Code from 15 July 2017.

10  There is currently an exposure draft under consideration: Proposed Revision of the Code pertaining to Safeguards – Phase 1 which proposes a definition. This is being discussed towards the end of the paper.