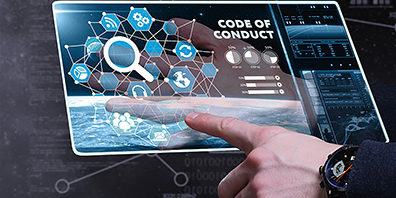 The notion of ‘reasonable informed third party’ is a central part of the Code of Conduct for the Audit and Accounting profession. This article will deal in two parts with RITP to create more awareness and a better understanding of this concept

What does the term ‘reasonable and informed third party’ (RITP) mean and what is the Professional Accountant (PA)1 obliged to do so that the RITP can conclude that compliance with the fundamental principles is not compromised?

The concept of the ‘reasonable and informed third party’ has been part of the IFAC Code of Ethics for PAs since it was first published in 2005 and has been retained in the successor Codes since then. Also, the Independent Regulatory Board for Auditors (IRBA) Code of Conduct for Registered Auditors and the South African Institute of Chartered Accountants (SAICA) Code of Professional Conduct for Chartered Accountants have both retained the concept.

In terms of the Code, when performing professional services, the PA is obliged to comply with its Fundamental Principles2 and apply its Conceptual Framework Approach (CFA)3 when encountering situations that create threats to such compliance. These threats must be eliminated or reduced to an acceptable level by applying safeguards as is required by the CFA and it is in this process that the RITP must be considered or whenever especially requested in the Code.4

Through my work and in many of my encounters with PAs, I have noted that the RITP has often not been considered when judgements regarding compliance with the requirements of the Code are being made or when the effectiveness of decisions made has to be considered by a PA.

It is important for PAs to get a complete understanding of the concept of the RITP as such a critical concept in the Code cannot remain unconsidered.

In many parts of the Code the PA is requested to consider the conclusion that a RITP is likely to reach when making professional judgements.

‘200.10 In exercising this judgment, a registered auditor shall consider whether a reasonable and informed third party, weighing all the specific facts and circumstances available to the registered auditor at that time, would be likely to conclude that the threats would be eliminated or reduced to an acceptable level by the application of safeguards, such that compliance with the fundamental principles is not compromised.’

‘260.2 Where gifts or hospitality are offered that a reasonable and informed third party, weighing all the specific facts and circumstances, would consider trivial and inconsequential, a registered auditor may conclude that the offer is made in the normal course of business without the specific intent to influence decision making or to obtain information.

In such cases, the registered auditor may generally conclude that any threat to compliance with the fundamental principles is at an acceptable level.’

THE RELATIONSHIP BETWEEN PA AND RITP

Interestingly, the term ‘reasonable and informed third party’ has not been defined in the Code  and it is not a requirement that a person with the qualities of an RITF is engaged to assist in the judgemental determination. The PA must reflect on what a RITP would likely conclude in relation to the PA’s judgement, having taken into account all the facts and circumstances available to the PA at the time that a specific conclusion is reached. It is for the PA to assess this; the RITP cannot be part of deliberations leading to the judgement. The PA just needs to be aware that the conclusion that has been reached may be interrogated by a RITP. It is only when the PA’s judgement is questioned that a RITP will have to be found to conclude on the PA’s judgement previously made. A RITP needs to be engaged and PAs must have a better understanding of the qualifications and decision-making ability that RITP should have to bring to bear on the judgement made that is to be evaluated.

WHAT DOES IT MEAN TO BE AN RITP?

I will be addressing the significance of the individual words used and then propose an overall idea that fills this concept with meaning and content. The proposed changes in terms of the exposure draft (see endnote 5) are to the IESBA Code. They still need to be considered by the Committee for Auditor Ethics of IRBA and after a rigorous due process before final adoption, may conceivably find its way into the IRBA Code.6

The reasonable person is a notion and it will be useful to look at the ‘reasonable person’ as a concept that is frequently used in the legal profession and it is there that one finds some guidance to this notion.

WHEN TO APPLY THE RITP TEST

The reasonable person test is applied to establish negligence or blameworthiness of a person who has acted wrongfully and the test provides an answer to the question ‘How would a reasonable person have acted under the circumstances?’. A PA is blamed for conduct that is negligent in not following the requirements of the Code. It appears in law that ‘In the case of negligence, a person is blamed for an attitude or conduct of carelessness, thoughtlessness or imprudence because, by giving insufficient attention to his actions, he/she failed to adhere to the standard of care legally required of him/her.’ Therefore, the reasonable person must be familiar with the circumstances surrounding the subject matter of the decision made and must have experience in order to be able to evaluate the PA’s decision.

1  ‘Professional Accountant’ refers to members/associates of the South African Institute of Chartered Accountants and to all registered auditors registered with the IRBA.

5 There is currently an exposure draft under consideration: Proposed Revision of the Code pertaining to Safeguards – Phase 1 which proposes a definition. This will be discussed in part 2 of this topic.

6 This exposure draft addresses proposed changes to the extant IESBA Code of Ethics and will most likely be considered by IRBA for the inclusion in the Code. Neither the IRBA nor SAICA accept changes in their respective Code unless the impact of such changes has been evaluated and they are considered suitable for the South African professional domain after due process has been achieved.