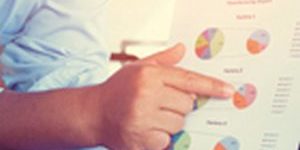 As the demand for analytical skills increases, so the supply becomes a growing issue and this is bound to continue into the foreseeable future. South Africa, for several reasons, is simply not training enough people to perform advanced analytics

Small and medium-sized businesses have been the most impacted by this issue – but they need not be if they are willing to embrace the realities of the current market situation. Changing their mindset from ownership to access: that is, accessing new and evolving talent platforms (on a global basis) instead of employing generalist analytics skills.

Organisations across multiple industries are starting to realise the importance of using analytics to enhance competitiveness. The majority of organisations are, however, still in the early stages of introducing a fact-based approach to decision-making. For these organisations, the current focus is on relatively simple analytics, primarily performed using spreadsheet-based analysis. The widespread use of spreadsheets in the past created an ample supply of analytical talent, as specialised skills were not necessary.

Leading organisations are, however, realising the benefits of adding more sophistication to their analytical approach, which is generating an exponential growth in the demand for analytical talent.

In many markets, the supply of talent that can perform advanced analytics is not keeping up with the demand. Large organisations in the financial, technology and telecommunications sectors are absorbing the majority of analytical talent. Professional services and consulting firms are also attracting the best talent, leaving the rest of industry to compete for the analytical talent that remains which, in many cases, is just not enough. This shortage affects small and medium-sized businesses in particular, as they do not have the resources to compete for top talent.

The talent shortage is even more acute in South Africa, because of a number of factors:

The last three factors have contributed to the largely homogenous nature of existing analytics talent. Analytical outputs do not exist in a vacuum. They often require people with diverse backgrounds and experiences to apply their perspectives to generate richer and more nuanced insights. Solving the talent shortage is thus not simply about increasing the supply but also about focusing closely on the diversity of that supply.

SUPERCHARGING THE SUPPLY OF ANALYTICAL TALENT

Large analytics-driven organisations have recognised the importance of diversified workforces not only in terms of demographics but also of technical backgrounds. For example, an analytics team consisting of accountants, engineers and psychologists has a much higher likelihood of generating insights that lead to disruptive innovation than a team which is solely made up of just one of these skills. Add gender, race and economic background differences and the potential is multiplied.

But the reality is that this dream team of specialists is not one that small and medium-sized organisations can afford. Smaller teams are, by necessity, made up of generalists who tend to focus on execution rather than innovation.

Does this mean larger organisations have access to sustainable talent advantages driven by a larger purse? No, not necessarily. Recent advances in technology and economic thinking are levelling the playing field. The sharing economy enables small organisations to punch above their weight, but this is only possible if they are willing to change their orientation from ownership to access. This refers to changing organisational focus from owning the resource entirely, to rather having access to a resource which is not owned at all by the business, but which you can use as and when needed. Crowdsourcing and on-demand talent platforms provide a global supply of analysts that smaller organisations can access. As many of these platforms are competition based, which means that you only pay the winning team but still have access to the work of all who take part, the price-performance of this option is often way ahead of a fully employed, generalist analytics team.

This brings us to an interesting conundrum. In a world where you can crowdsource talent on a temporary basis from anywhere in the world, how do we ensure that we still create employment and address the transformation gap? There are some interesting parallels here with industries where robotics are replacing human beings, often at a fraction of the cost. On the surface, it would appear that these shifts favour start-ups that can plan to operate in this new, ‘employee-less world’ from the beginning. It remains to be seen how larger organisations will be able to deal with these challenges while continuing to successfully stay in business.

From an analytical talent perspective, we are – in some ways – fortunate that more organisations are yet to adopt advanced analytics, ensuring that demand will continue to outstrip supply in the near future. We can therefore be comfortable that permanent and casual analytics jobs will continue to be created. In the end, though, this is really just delaying the real issues, to a later date.

For small and medium-sized businesses the big question is this: given the global shortage of analytical talent, which is even more acute in South Africa, are you willing to embrace new ways of accessing and deploying talent? Your answer to this question may determine whether your organisation has any realistic chance of enhancing competitiveness through analytics today and into the future.

Author: Tebogo Mokale is Director: IT Advisory at Grant Thornton