CA WORLD: WHY ARE THE CEOS OF FOUR OF SA’S BIG FIVE BANKS CAS(SA)? 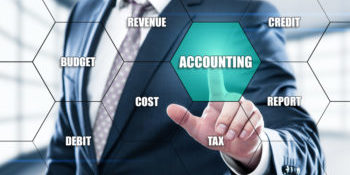 South Africa’s high-profile banking industry is highly regarded – not only here but throughout the world.  A cogent reason for their impressive international standing is the quality of their management. Here’s what lies behind the nature of that quality

This question may well be extended into the broader reaches of the economy. Thus: ‘Why are a large majority of successful business people chartered accountants (CAs(SA))?’

Our immediate focus is the banking industry, partly because the big South African banks play such a significant role in the nation’s economy and partly because, in consequence, the big banks’ CEOs (chief executive officers) are high-profile individuals.

Ben Kruger, Michael Brown, Johan Burger and Stephen Koseff are banking chief executives with whom those taking even a passing interest in matters economic are readily familiar.

It’s a familiarity that tends to spark another, related, question: ‘I can accept the logical conclusion that financial directorships of these and most other big companies are occupied by CAs(SA). But the fact that the top executive positions are also held by CAs(SA) suggests that there is an additional dimension to the designation.’

The evident conclusion is that the qualification CA(SA) goes beyond preparing the individual for a career in numbers, complex though this may be. Indeed, scrutiny of the CA(SA) qualification reveals that it imparts an in-depth insight into how business works – regardless of context – and a breadth of understanding that encompasses broad horizons of economic activity.

ASA approached the CEOs of the big banks for their reactions to the four-out-of-five statistic. What follows is a summarised cross-section of their responses.

The fact that many directors of top South African companies are CAs(SA) is no accident. With their disciplined, insightful approach to business and strong analytical skills, CAs(SA) are highly sought-after professionals who quickly rise to the top.

Good CAs(SA) are invaluable assets to any organisation because they are knowledgeable about a wide range of essential aspects of business, from working out how well the company is doing to help planning for its future success.

The broad skill set of qualified CAs(SA) reflects the wide range of roles and duties they can perform in organisations, which is why it is one of the best qualifications for opening doors to a prosperous career and future.

In the banking context specifically, it is fair to note that the standards of South African chartered accountancy played a critical role in helping to protect our banking and financial systems from the world’s worst financial crisis since the Great Depression. We, as a collective – and we stand with our regulators here – did not allow speculative and wildly creative valuations of derivative assets to get on to the books of our companies, or of our banks.

For us the point is not to conceal risk and book phantom profits; it is to understand risk and to manage it well. This requires applying broad business principles, not box-ticking accounting rules.

No South African banks failed, and not one required a bail-out by taxpayers. The same cannot be said of other markets such as the United States with its more adventurous valuations that are often instigated by US business school graduates.

In South Africa, chartered accountancy training is based on a broad competency model that requires a focus on business strategy, ethics, governance, communication and other non-accountancy-based disciplines that are not based on rules. Of course we also insist on an in-depth understanding of current International Financial Reporting Standards – accountancy standards that are based on principles rather than rules.

Each year for the past seven years the World Economic Forum’s (WEF) Global Competitiveness Report rated South Africa as number 1 in the world for the ‘Strength of its Auditing and Reporting Standards’ – an undeniable tribute to the role and training of chartered accountants in South Africa. As a profession, we are proud of our contribution to the only other top spots awarded to South Africa by the WEF, namely number 1 for the ‘Regulation of securities exchanges’ and number 2 for the ‘Efficacy of corporate boards’.

In addition, chartered accountants were among the key architects of all four King reports that have contributed to South Africa’s world class corporate governance standards.

In response to the question why so many CEOs happen to be CAs(SA), it is significant that more than 80% of chartered accountants in South Africa do not practise as auditors. In fact, only about 30% work in financial services. The rest use their skills to pursue careers as business consultants, tax advisers, entrepreneurs and financial managers.

Directly relevant is the South African Institute of Chartered Accountants’ (SAICA’s) 2016 research into the 413 JSE- and AltX-listed companies, which revealed that a significant 37,3% of all academically qualified directors boast the CA(SA) designation. This puts the average number of CAs(SA) on each board at 2,5. Instructively, the vast majority of these boards are in great shape and in good hands. The survey also highlighted the fact that more than 75% of chief financial officers and a fraction under a quarter of CEOs of these companies are CAs(SA).

Company boards favour CAs(SA) because they show business leadership, strategic common sense, logical and analytical rigour, and trustworthiness. They are trusted because they are obliged to comply with the highest standards of professional ethics, which causes the market to recognise them with often highly rewarded career options.

It is no exaggeration that the designation of CA is one of the world’s most prestigious and presents unequalled career advancement opportunities. Consider the following: