Competition Commission finding on the banks 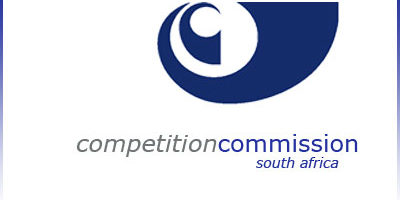 The National Treasury notes with concern the statement issued by the Competition Commission on the completion of an investigation into price fixing and market allocation by 17 banks, including three South African banks, all of which have an international footprint. As the Competition Commission indicated in its statement, the matter has now entered a new phase in which “… the banks [will have] an opportunity to answer for themselves” at the Competition Tribunal. This process must be allowed to run its course without fear, prejudice or undue influence.

We view this matter in a very serious light and welcome any steps taken against wrong-doing by any financial institutions, and will respect whatever outcome of this process at the Competition Tribunal. If proven to be true, it would confirm the pervasiveness of unbridled greed within the ranks of the forex trading sections of banks even after evidence that such behavior has potential to collapse national and global financial systems and bring about immeasurable pain to ordinary people as evidenced by the deep recession of 2008-09 which was triggered by banks conducting their business recklessly. This has to be punished and brought to an end!

It should be noted that these allegations, if proved to be correct, point to poor market conduct practices at such offending institutions. This is precisely the type of abuse the National Treasury had in mind in 2011 when proposing the coming Twin Peaks reform to put in place a new market conduct regulator to ensure that all financial institutions treat their customers fairly and operate with the highest ethical standards. It should be noted that the South African Reserve Bank is a prudential banking supervisor, and not a market conduct regulator, and that no market conduct supervision was in place during the period in question in 2007 and after for the period that the Competition Commission alleges such misconduct.

Internationally, serious misconduct by several global banks in the foreign exchange markets came to light in 2013, following steps taken after the 2008 global financial crisis. The first such penalties were imposed by the US Department of Justice in May 2015 against six banks for more than $5.6 bn (Citigroup, JPMorgan Chase, Barclays and Royal Bank of Scotland who described themselves as “The Cartel”), followed by regulators in other jurisdictions like the UK. The activities in question internationally have often been driven for short-term exchange rate gain (often by rogue traders) rather than long-term currency manipulation, and do not seem to have had a significant impact on currency levels. As noted in the SARB statement yesterday on the same matter, the rand is globally traded with non-residents accounting for a larger share (57%) of turnover.

These abusive market conduct practices highlighted the problems caused by the light-touch regulatory regime that characterized the financial sector before 2008. Since the crisis, regulators around the world have radically shifted their regulatory paradigm and embarked on a more intensive, intrusive and effective regulatory framework to regulate the financial sector, given risks they pose to the economy. These are precisely the reforms outlined in the Financial Sector Regulation Bill that is currently before the NCOP in Parliament, having been already passed by the National Assembly.

South Africa’s financial sector regulatory reform process is well-underway. Twin Peaks will create a dedicated market conduct regulator with scope of responsibility across the financial sector, to cover market conduct issues, in both the retail and wholesale market. These regulators will support the achievement of proper competition outcomes in the sector.

The National Treasury will ensure that both the Treasury and all financial sector regulators will support the Competition Commission in any way possible should it request such assistance. We are aware that the South African Reserve Bank is also ready to do so.