COVER STORY: A RAY OF SUNSHINE IN THE IN THE ENGINEERING WORLD 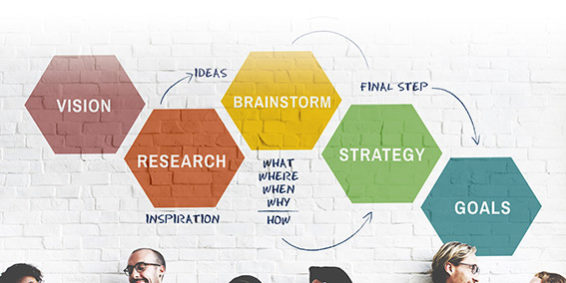 From engineers to racers and jobs in-between, women are breaking into every corner of the motor industry. Thilosh Moodally CA(SA), the new head of MINI South Africa, discusses her ascent

Thilosh Moodally is a ray of sunshine in the engineering world. Not just that it is rare for a woman to head up a motor brand in South Africa – or anywhere for that matter – but that such a humble family person should head what last year was voted the Coolest Brand in South Africa.

You’d probably expect her to be a marketing and branding whizz, but instead she’s a chartered accountant (CA(SA)) who took over the reins of MINI South Africa only this February. The motor industry remains a male-dominated one and it is encouraging that there is an ever-growing female presence and that women are now reaching the very top. BMW South Africa, for instance, has a number of women – and CAs – in senior management positions in various roles across different departments.

Reinforcing her home-girl character, even today Moodally describes leaving her home in KwaZulu-Natal as one of the biggest steps of her career. Similarly underlining it is the almost seamless nature of her career to date. She was offered a job with BMW SA immediately after completing her articles with PWC and qualifying. She has remained within the motor group ever since. ‘I’ve only had one employer since qualifying, but have been exposed to many business areas, in different roles,’ she admits.

Being a relatively naïve young woman growing up, this has proven no limitation to her as a successful career woman, but she does warn other students following in her footsteps that ‘you have to get street-smart while getting book-smart if you are going to make it in the business world. Research shows that IQ contributes only 20% to the factors that determine success, leaving the major portion of success dependent on your EQ.’ There was no private schooling conceit or pampered upbringing for her, and she believes that this has helped her balance EQ (emotional quotient or intelligence) with IQ (intelligence quotient) in becoming a leader.

Many CAs qualify with a high opinion of themselves. Moodally says while they are within their rights to feel proud of their accomplishment, it is vital for CAs or any professionals to develop EQ, because that is what is required of a modern business leader. ‘Being a CA is not about hanging a certificate on a wall but about living the values of the profession.’

‘The two worlds have to be fully integrated, and I’m available to each 24/7 with the same level of energy.’ Even in conversation, Moodally does not separate out the two halves of her life, but litters the conversation with homespun references to her children, usually combined with her infectious laugh. They are her major relief from work and even her entertainments are almost entirely family oriented. She reads the same books and watches the same movies as her children, ‘because this is the time we spend together, this makes great conversation starters’.

For instance, ask her what her biggest achievement in life to date is, and she answers it was giving her dad his first ever new car, a BMW 320d, on his 70th birthday. ‘The emotion of being able to do that for him was overwhelming. He couldn’t believe it.’

Being in a largely male environment, she does sneak in a few books to learn how to manage men. She learned a lot of tricks from Nice Girls Still Don’t Get the Corner Office by Lois Frankel and Ariana Huffington’s Thrive. ‘The purpose of reading such books is to understand how men perceive women in business, because the sexes perceive each other quite differently. Men don’t perceive women as co-workers or a career woman but rather as somebody’s sister or wife. A saying that I will always use in stressful times is ‘a moment of patience, in a moment of anger, will save you a hundred moments of regret’.”

Possibly assisting her seamless integration of life is the fact that she is married to another CA – who also has a senior post in the motor industry. The high-powered automotive couple provide support to each other and juggle work and family demands. Despite being so immersed in the accounting profession, Moodally says that she did her Bachelor of Accounting degree because she was good at maths and accounting at school and was awarded a bursary from Spar for her studies. ‘I always knew that I had the potential to build a career, but what the CA profession has offered me is far more than I had ever imagined. It not only teaches you debits and credits and how to balance the books, but you are exposed to the integration of many strategic business topics. You become a strategist and a thinker instead of a tickbox expert.’

She joined BMW Group South Africa in 2003 in the finance department at the German manufacturer’s Rosslyn plant, in Pretoria. In 2006 she joined the BMW aftersales division and was involved in projects relating to IT and supply chain. She moved to the sales channel development department in 2014 and was involved in many strategic projects for the BMW, MINI and Motorrad dealer network. Her involvement in the latter was a career-defining move which encouraged her to make the bold move and get into the retail side of the business. Moodally has her current position at MINI South Africa not because she is an accomplished accountant but rather an individual with a broad spectrum of skills, experience and expertise, which form a solid foundation.

MINI has always been a brand that intrigued Moodally. The brand joined the BMW South Africa Group in 2002. Last year, it unveiled the 2016 MINI Clubman, a six-door estate that marks its entry into the premium compact segment, an area predicted to grow to make up 27% of global car sales by 2020. ‘In March 2017, the new MINI Countryman will be launched. This car is the biggest MINI ever. Transversing from city driving to country driving, this new Countryman will be the start of great conversations you are yet to have.’

On the subject of EQ, Moodally points out that one should use every experience in life to develop one’s EQ. ‘Life consists of a non-stop process of learning and developing and picking up new skills. In my career I have learned a great deal from meeting other successful people – some encounters will teach you little life lessons that you could only learn via experiencing it.’

One of her biggest learning experiences was in her previous position, where she was in charge of the global project Future Retail. BMW Group was changing the corporate identity of the BMW, MINI and Motorrad dealerships, and dealer owners had to buy into the new concept. Even though the South African dealers were exposed to Future Retail in New York, the major investment in their refurbished facility was still concerning. Her job was to manage this process with least disruption to daily operations. Change management was a huge part of this project as the dealer network was introduced to a refurbished facility with new processes, new technology and the introduction of a new role, namely the BMW Genius.

‘This taught me how to sell a concept by considering all stakeholders, rather than just looking at the immediate wellbeing of a single party,’ she explains.

What led her to success, and ultimately her present role as head of MINI South Africa, is her drive to achieve, she claims. While she’s regarded as a relatively easy-going person, Moodally says she loves the adrenaline of a challenge and is constantly looking out for the next milestone to achieve. ‘I have a drive to learn, but am not scared to say when I don’t know something. It helps that in a technical engineering company, I’m not expected to know everything and team work is the norm. My role is to pull together a team, and get them to see that together we can conquer.’

This she achieved with Future Retail – a highly qualified, energetic and positively motivated group, drawn from all disciplines within BMW to oversee the dealership evolution. The team accepted the challenge and was driven by the common goal, which was to offer customers a premium retail experience.

‘Still, what that team achieved in the project was highly valued even internationally, and I was a key factor to that success. I was a hands-on leader, constantly learning new skills in terms of corporate identity, architecture and interior design. I also learned quickly how to combine the strengths and weaknesses within a team,’ adds Moodally.

Successes such as these have given Moodally some perspective of her own strengths and weaknesses. Sometimes, she finds it hard to say ‘no’. ‘It can end up that I try to be a people pleaser both at work and at home, and this loads on the pressure. However, the flip side of that willingness is that I have a bubbly personality, I’m told, and I’m on a natural high much of the time. I don’t easily lose my motivation in life and I love what I do, I thrive on the adrenaline.’

As a result, she’s inevitably often asked to mentor other people, particularly women. When she reads a book like Thrive, she circulates it among the women and is always happy to mentor.

‘I’m still very new to my position and not wanting to outline any long-term plans or goals prematurely. I am looking forward to the challenge of heading up the coolest brand. If I have any regrets, it is that I did not take the opportunities I had earlier to travel more on international assignments, but I’m sure that there is a time and place for everything to happen,’ she says.

‘Furthermore, although I have much of my career ahead of me I already regard myself as successful – by my own definition. I don’t measure success purely in financial terms. I’m personally happy with where I am – and that’s my definition. I’m learning at a rate that I could not previously have foreseen. I’m now part of an international team and I’m meeting new people, which widens my horizons. I’m loving it. And I’m driving the all-new MINI Countryman – one of the coolest brands in the world!’