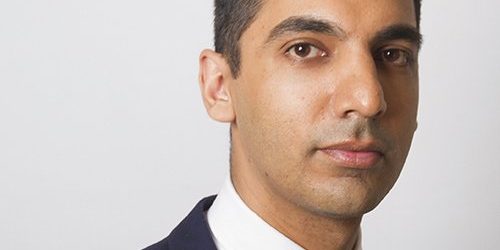 Ambitious young graduates often have target lists of companies they’d like to work for and almost all of them have lists of companies they would never work for, no matter what. Four years ago, one of the organisations to steer clear of was the National Youth Development Agency (NYDA), which was under the spotlight for massive corruption and a failure to meet its mandate.

Waseem Carrim, recently appointed new chief executive of the NYDA, took on the job of Chief Financial Officer (CFO) at the agency in 2014.

It’s often claimed that accountants are on the frontline fighting corruption. Since Carrim’s appointment, there’s been a complete turn-around and the organisation has moved from a dire financial state into a viable one. Once characterised by wasteful and fruitless expenditure to the tune of R100 million, the agency has been transformed into one with a spotless audit and it looks set to achieve another 100% on all its key performance areas for the financial year 2017/18.

Now one of the country’s youngest CEOs at 30, Carrim, who has a master’s degree in commerce specialising in taxation and is a CA(SA), took over from former CEO Khathu Ramukumba. It’s an appointment that makes a lot of sense, given that the government agency is tasked with tackling problems facing the country’s youth.

Having grown up in Limpopo, he describes himself as a small-town boy at heart. ‘I had no ambition to become a CA(SA),’ he says. ‘I always wanted to be a journalist, but my dad said I’d end up writing for a community newspaper and becoming his problem for the rest of his life, so he pushed me to study chartered accountancy just so I wouldn’t bother him. I basically ended up in this career because I did not know what else to do with my life.’

Instead of setting lofty goals, he’s always simply ‘gone with the flow’. ‘I wasn’t one of the smart set at university, but I used to sit with them. When they all decided to apply for academic articles I thought, well, an extra year at varsity doesn’t sound too bad, so I threw my name in the hat.’

Next thing he knew, he was standing in front of 400 students expecting a lecture on financial accounting. It was a case of sink or swim. It was a horrifying moment for him, but the experience helped him develop confidence. It also prepared him for working with young people. ‘Seeing the impact that you can have on the youth of this country was an immensely rewarding experience,’ Carrim says.

From there he went down the road to KPMG in Pretoria, which was then the centre of public service excellence. He recalls working overtime at a client. ‘It was around midnight. The senior manager told me she was looking for staff on an audit for the NYDA and she knew I was looking for clients for my portfolio. I was high on caffeine, so I said “sure”.‘

After a few months on the account, then CFO Khathu Ramukumba was offered the position of CEO. He called Carrim one Friday afternoon and said he wanted him to join the agency as the new CFO. Carrim asked for the weekend to think about it.

‘That night, I visited my parents. I’ll never forget the look of shock on their faces when I told them about the offer. Of all the places, they asked, why on earth would I want to go and work there? It was a sentiment shared by my colleagues and peers. The general opinion was that I was about to commit career suicide. But I was a risk taker and I didn’t feel like I was going anywhere special where I was, so I accepted. Four years later, here we are.’

And what a journey it’s been. When he joined the NYDA, it had R133 million in illegal expenditure and multiple matters of non-compliance in its audit report. It represented everything that was wrong with government at the time.

Since then, the agency has had three successive clean audits, over 2 500 new businesses have been started, 10 000 jobs created, and more than 100 000 young people placed in available job opportunities. It also has a bright new head office in Woodmead.

‘When Khathu, who was my mentor, said he had run his race and wanted me to take over as chief executive, I agreed. I’m still a confused young person, but with a little more direction.’

When Carrim joined the agency, aged just 26, he was not welcomed by everyone. In the first few months, there were some people who made his life difficult. ‘When I asked the sector CFOs to produce quarterly management accounts so that we could request our funding from National Treasury, some of the ICT staff sabotaged the process to ensure the reports could not be produced. It was tough, but some of our greatest accomplishments are marked by our capacity to push through incredible amounts of physical and mental pain to reach new heights.’

Youth unemployment stands at about 60% in South Africa, while 59% fail to achieve a matric certificate. Young people are 70% more likely to be victims or even perpetrators of assault. The statistics speak for themselves.

‘We have a fundamental role to play,’ says Carrim. ‘I would like to see the NYDA become a thought leader on youth development matters and to be an advisor to government on the best policies and interventions that government can make in the lives of young people. We are also passionate entrepreneurship and the impact it can have on the economy. We are seeing some positive results from the grants we have awarded, and one of our goals is to help create large-scale black manufacturers and industrialists. Most importantly, we want to ensure that where government has made a commitment to young people, we are following through. We want to become the monitoring and evaluating the function for youth development so that we can produce better outcomes for young people across the country.’

In 2013, the NYDA changed its youth enterprise funding model from a fixed interest loan structure to a micro-finance grant provision system. This means that recipients do not have to pay back the funding the agency provides, and it gives young entrepreneurs the opportunity to start and grow sustainable businesses. Today, technology and agriculture are its main focus.

‘We are committed to helping young people gain access to technology, which is essential if we are to participate in the fourth industrial revolution,’ says Carrim. ‘Technology is moving forward at a faster rate than ever, but we are still trying to bridge the ever-widening digital divide between urban and rural citizens. As a government agency, we have the responsibility to create equal access to information. The most valuable commodity today is data.’

There’s one story that continues to inspire Carrim every day. ‘Three or four days after I arrived at the NYDA, I heard about a young man named Brian Shishi. He comes from Motherwell in rural KwaZulu-Natal. His mother, a domestic worker, raised him and his five brothers and sisters on a meager salary. Inspired by the ocean, Brian wanted to become a professional diver. He wrote to us and asked us to sponsor a six-month diving course. He qualified with flying colours, and found a job in the port of Durban, where he earned a steady income so that he could support his family. But his story did not end there.

‘In 2016, he decided he wanted to become an entrepreneur, so he applied to the grant programme, requesting funding for a boat so that he could start his own professional diving company. We were able to help him achieve that dream and today he is a job creator. Brian represents what we like to refer to as “the limitless youth” – young people who break out of their realities and are able to go on to do great things.’

A qualification that opens doors

The mention of accounting often conjures up the idea of tax and audit. But in reality, says Carrim, there’s much more to it than that and a CA(SA) qualification can open the door to many different career avenues.

‘You be anything you want to be. That’s why I believe this qualification gives your career a kick start, even if you are not sure, as a young person, what you want to do with the rest of your life. The combination of training, skills, levels of responsibility and the range of people you meet, makes the possibilities amazing. Becoming a CA(SA) means you have a huge amount to contribute to the business world, to the public sector and to civil society.’

Everyone’s path is different. Do not be afraid to take the road less travelled. There is value in carving out a niche for yourself and spotting a useful area that no one else has.

The easiest way to get noticed at work (in the positive sense) is to find some specific way in which you are uniquely talented and use it to your advantage.

Developing unique skills that can be used in conjunction with your degree can make you a sought-after individual.

Take every opportunity available to you. Sometimes the ugliest door is the one that will open onto possibilities that you didn’t even know existed.

Do everything with energy, passion, and enthusiasm. When that is what drives you, your career will take off in unimaginable ways.