CPD: Strategy is About More Than Just Technology 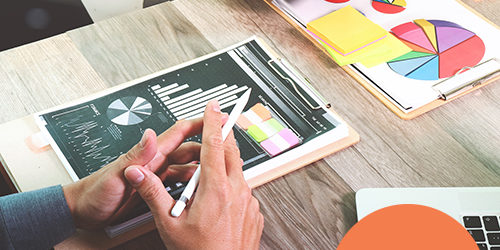 Globally, and increasingly locally, there is growing noise about the rise of artificial intelligence (AI), which has led many technology futurists to predict a utopia for humankind while others predicted, paradoxically, that millions of jobs would soon be obsolete and taken over by robots, not to mention the coming apocalypse. However, I believe these views are far too alarmist, as the developments I have seen in this field to date is, at best, advanced machine learning (ML) and not true AI.

This is a topic of much debate, but I would argue that true AI needs to equal human capabilities, at the very least. This has not been achieved (yet), despite significant progress.

Regardless of what we call it: the developments in automated systems and its implications for business strategies are being closely monitored by business leaders as part of their long-term sustainability plans, as well as those of us tasked with providing the necessary assurance with regards to sound operational activities and the mitigation of risks.

Most conversations on automation are dominated by either overly optimistic arguments about the superior ability of advanced machines over human abilities, or overly negative commentary on the future as we know it, once robots ‘take over humans’.

The future is much more nuanced, and – I would argue – not as anti-human as some commentators would have us believe. Some futurists place too much emphasis on the impact that new technology may have on society, and on the forecasting of present-day data, when imagining their new or preferred future scenarios for society. This is often void of reality.

Nassim Taleb – who introduced the world to the Black Swan theory − refers to the phenomenon of overestimating the importance of technology predictions as neomania, or ‘the love of the modern for its own sake’ in his book Antifragile: things that gain from disorder: ‘When asked to imagine the future, we have the tendency to take the present as a baseline, then produce a speculative destiny by adding new technologies and products to it.’

Humans have always had difficulty envisioning their future role in society and the workplace in conjunction with the use of new technology. This is further complicated by our tendency to think in ‘either or’ terms − that is, either there is a complete technology takeover, or there is a continuation of the status quo.

We rarely imagine a future where a combination of approaches exists alongside each other. For example, when e-books were introduced to the world, the alarmists pointed to the complete end of physical books. However, in 2015 Amazon opened its first bricks and mortar book store and has continued to open more, using the positives of their online technology in conjunction with the physical world’s features.

This ‘both and’ approach – where both machine and human capabilities work together – is a much more realistic vision of the future, as it relates to both AI and advanced machine learning (ML). (It is important to note that the implementation and growth of technology in society will always follow the path of least resistance.)

There are possibly three factors which largely determine the growth and extent of ML and AI.

First, where there is still a perceived value attached to an existing technology, for example a physical book or records in hard copy, it is likely that the existing technology will continue to coexist alongside the new technology. Similarly, our offices are still not the paperless spaces that many envisioned when typewriters were replaced by word processors and e-mails took the place of physical mail and the corporate memorandum. In fact, the late 19th-century pneumatic tube system is still in use today, with some of these installations performed as recently as 2017.

However, it is also true that new and better technology will replace an old system and its associated manual tasks if the modern version’s total value proposition is such that it improves the previous system completely. For example, word processors largely replaced the big typing pools that most offices had 25 years ago. Word processing software, without a doubt, is simply better than a typewriter. By the same token, if the perceived value of ML and AI is better than the old technology, it will most certainly replace preceding technology.

The second factor that plays an important role in the improvement of AI, especially as it relates to the auditing profession, is the need for ‘explainability’ in AI.

According to McKinsey Analytics: ‘Larger and more complex models make it hard to explain, in human terms, why a certain decision was reached (and even harder when it was reached in real time).’

In order to provide our clients with the necessary assurances as to the integrity of their information, and how AI applications have reached a decision, it is crucial that auditors understand the inherent workings of automated systems used in a business, how it processes data and where its weaknesses are. If we are unable to do this with absolute confidence, we run huge audit risks.

Finally, do not underestimate the impact of societal checks and regulatory requirements in the advancement of technology in our lives. A good example in this regard is India’s decision not to allow driverless cars in their country.

While there has been significant technological advances and developments in the field of ML and its ability to free humans from certain manual tasks, I believe that a business’s strategy should be determined by much more than just technological advances. There are far more important factors that play a role in determining a company’s long-term strategy, viability and sustainability. To conclude, let us look at an example from an internal organisational perspective.

A key indicator that human capability is far from being diminished in the future is encapsulated by the philosophy of the macro-historian Arnold Toynbee. He argued that societies – and I believe businesses as well – are on the rise if there is a creative minority responding in an appropriate manner to the challenges of the environment. However, this creative minority should have the support of the majority (that is, all stakeholders), in order for change to be effected in organisations. When there are not enough creative people within the business, an organisation has far more serious problems than missing out on possible AI or ML applications. Creative people are needed to drive AI and ML implementations in a proper manner.

While I encourage businesses to embrace technological advances in as far as it enables them to add unique significance to their value propositions to clients or customers, I also believe there are other more critical factors, with far-reaching consequences, that a business strategy should address and consider than just simply AI and ML.