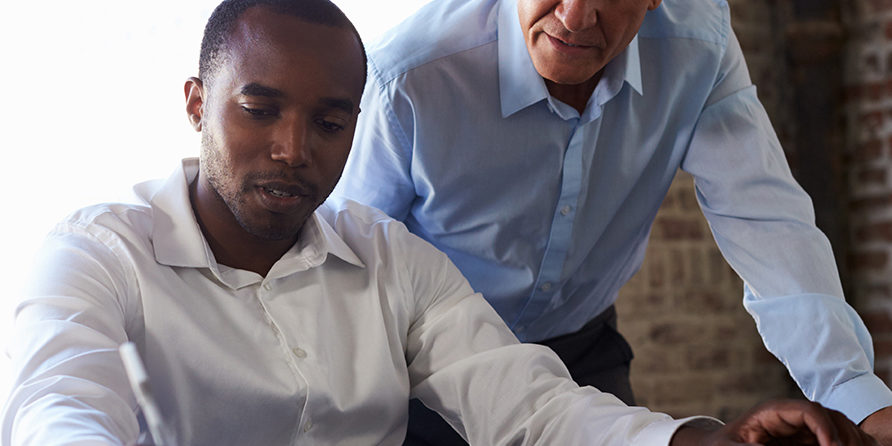 Mentoring across demographic lines extends the organisation’s talent pipeline and increases leaders’ social and emotional intelligence, so it’s a win all around

Leaders tend to coach and mentor their ‘own’. Even those who believe that diversity improves creativity, problem-solving and decision-making often invest in and advocate for the development of subordinates who are most like them. They see less experienced versions of themselves in these people, so they’re inclined to believe in their potential. Of course, this also means that growth and advancement opportunities go disproportionately to those who belong to the demographic or social group that’s already in power.

Telling protégés that diversity matters won’t change anything. We must demonstrate our commitment by mentoring people who aren’t like us. Otherwise, we do what’s comfortable, and we risk saying with our actions that we only care about cultivating the talents of a homogeneous few.

We may also overlook developmental needs on our teams because it can be difficult for people from minority demographic and social groups to speak up. As an army officer who has trained diverse groups of recruits, soldiers and staff, I’ve always cared deeply about helping all kinds of people reach their potential. But it took years to understand this basic dynamic: those who look less like me might find it hard to share their concerns or ask for help. They might feel uncomfortable raising their hand if they aren’t sure I will identify with them. And it’s on me, as the leader, to help close that gap.

For example, one captain I recently mentored was a smart, high-performing officer who felt invisible to the leaders in his organisation. He thought he was being overlooked for opportunities because of his religion. Though I didn’t agree with his perception of how others viewed him, I understood why he felt that way — and talking with him made me see some of the complexities of social acceptance and integration. He had approached me for mentoring because I treated people from diverse backgrounds with respect and kindness, but he was still sceptical about how much I could help him. Through many conversations, I helped him examine his own thinking and behaviour, assess the organisation’s culture, and identify which jobs he could volunteer for to build the credibility and confidence he needed to succeed.

At first, he held fast to his negative assumptions about how leaders saw him. But after volunteering for some tough assignments – and receiving superior performance evaluations – he confronted his own unconscious biases, and his confidence grew. He realised he wasn’t as invisible as he had initially assumed. Senior leaders took notice of his initiative and desire to develop, and now that he was communicating more freely and comfortably with them, they better understood what he had to offer and what his career ambitions were. They, in turn, coached him on management and leadership skills. This captain went on to receive multiple prestigious assignments and continued to excel not just because of his expanded skill set, but because several leaders invested in him and advocated for him. They might have missed out on his talents if they hadn’t made an effort to mentor someone with high potential who didn’t fit the dominant social profile. And I would have missed out on an enriching relationship that has deepened my understanding of the challenges that diverse groups face.

Mentoring across social and demographic lines is also good for the mentor. It has made me a more empathic, emotionally intelligent leader. I’ve become better at spotting potential outside the usual mould — and better at understanding the obstacles people face when they aren’t part of the dominant group. And that makes it a little easier for the next person to get the attention and support of leaders.

Author: Richard Farnell is an army officer and a doctoral candidate in education at Northeastern University