INFLUENCE: Do experienced directors increase the value of a company? 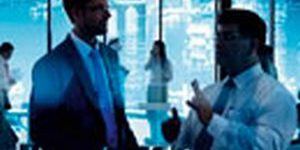 Corporate governance remains topical and has indeed become a catch-all buzzword for many problems or crises experienced by an organisation. Focus frequently starts with – or shifts from – management to the board with such questions as:

These are common questions and underlie a central governance question: Do boards matter? And if they do matter, just how important is a “good” board?

In research undertaken over several years by KPMG’s partner Dr Kerry Jenkins,  a clearer picture has emerged for corporate South Africa as to the importance of an effective board of directors. Her research proves what many have assumed but have not been able to quantify: that having experienced directors on the board increases the value of a company.

The approach taken to prove that having experienced directors on the board increases the value of the company was of both a statistical and qualitative nature. The empirical evidence was drawn from companies on the JSE that delisted over the period 2002 to 2012. The results showed that companies that achieve a positive premium on delisting have a higher average board experience level compared to companies that delist at no premium or at a discount. Other important contributing factors were the profitability of the company and the reason for delisting. However, when applying more robust probit statistical analysis and controlling for the different factors, the result again showed conclusively that by having just one highly experienced director increased the likelihood by over 34% that there would be a positive premium achieved on delisting.

But questions of value are often plagued by challenges of “endogeneity”, or in other words, “Do good, experienced, independent directors result in good companies?”,  or do “Good companies attract good, experienced directors?” Dr Jenkins’ research addressed this problem in two ways. She examined the changes in board size of the delisted companies over the period 2002 to 2012 and found that there were changes in the law and the King Codes that required an increased number of directors to be placed on boards. What was notable was that companies chose to increase the size of their boards by adding directors who were on average more experienced, the premise being that if the experience of a director was not relevant or important, any person could or would have been appointed to the board. The fact was that shareholders valued experience and appointed better-qualified and more highly experienced directors when required to increase their board sizes to meet legal or King Code requirements.

The KPMG partner’s research also entailed interviewing over 30 highly experienced, independent non-executive directors who collectively had sat on over 150 listed boards. Their views were sought on the value of director experience and their opinions strongly confirmed the benefits of having experienced directors. Their war stories and numerous case studies also provided insight into the nature of experience and the types of experience that is most valued by companies.

In general, these independent non-executive directors defined experience as “having been there … done it” or the “accumulation of knowledge over time” or “practical and professional exposure”. Many referred to the sources of experience being having run a business, or been exposed to a number of crises and events, or having had the opportunity of sitting on many other boards. These experienced non-executive directors described the benefits of having gained experience as including increased understanding, a positive impact on quality judgement and decision-making, enhanced ability to deal with conflict, and greater confidence. All the directors thought that having experience was a positive attribute for the workings of the board and the welfare of the company.

When the independent non-executive directors were asked what experience was most valued by companies, the responses could be classified into five main needs. These included serving as a member of the Audit Committee and providing independence. It also included having industry experience, business experience and board experience. All these types of experiences were highly sought after by companies and shareholders.

All the directors interviewed had much to say on the types of experience that directors are lacking in in South Africa. However, their insights were not limited to the experience they considered lacking but also to other characteristics and qualities. These included lack of knowledge and experience in running a business, insufficient exposure to other boards, not enough time and too many other commitments. True independence and lack of objectivity were also cited as being in short supply on South African boards.

From the insights provided, it appears that generally there are two broad “groups” of independent non-executive directors: those that are experienced and independent, many of whom are too busy or over-committed and who as a consequence may not be able contribute optimal value; and another group who are inexperienced in business, board operations and who are not sufficiently independent or experienced to add great value to the board and the company. However, in conclusion directors interviewed recognised the need for a balanced board and the value of experienced, independent non-executive directors as being positive for company value. ❐

Author: Kerry Jenkins CA(SA) DBA  is a partner and head of the Regulatory and Compliance unit at KPMG in South Africa