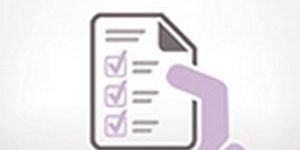 The 2015 January ITC examinations yielded an excellent pass rate of 76% for all candidates, with Thuthuka Bursary Fund candidates leading the way. By Janine Claassens

The Initial Test of Competence (ITC) examinations is the first of two Qualifying Examinations and is only one of several prerequisites for qualifying as a chartered accountant, or CA(SA). The ITC is a standard-setting examination aimed at assessing candidates’ technical competence, whereas the new second exam, the Assessment of Professional Competence (APC), assesses the professional competence of prospective CAs(SA).

•             Further transformation of candidates registering for the exam

Factors that have had a marked positive effect on the overall pass rate include whether candidates are writing for the first time and whether they completed their postgraduate studies at a residential university.

There has been a steady decline in the number of repeat candidates specifically over the last two years, thanks largely to the introduction of a second sitting of the ITC in 2013, but also due to intensive support initiatives. These had been funded by Fasset in the past and were aimed specifically at the repeat students writing the second sitting in June of each year. Many repeat candidates, having been given the opportunity to write a repeat exam within six months rather than a year later, were able to pass the first of the Qualifying Examinations.

The additional sitting has only two years after implementation already proven to be successful in achieving its objective of improving the throughput number of candidates, by allowing them to attempt this critical assessment soon after their first attempts. This has the added benefit of allowing them to complete this exam at least six months earlier rather than having to wait for a full year.

This has also led to a change in the exam population, in that there are significantly more first-time attempts than repeat candidates writing in January, which has contributed to the improved overall pass rate for the ITC for January 2015.

Another contributing factor is the shift in the population from distance to full-time (residential) programmes.

In the first ITC sitting for 2015, 1 891 candidates passed. A larger number of these candidates (54% or 1 017 passes) are black with more than half of the black candidates being made up of African candidates (31% of total population or 581 candidates).

SAICA has two specific initiatives to assist African and Coloured candidates in qualifying as CAs(SA). These projects, the Thuthuka Bursary Fund (TBF) and the Thuthuka Repeat Programme, have both shown exceptional results since first being introduced.

Candidates who participated in the TBF programme have performed exceptionally well. The pass rate of these African and Coloured candidates was a staggering 81%, 5% higher than the overall pass rate. Their achievement compares very favourably to a pass rate for African and Coloured candidates who did not participate in the TBF programme, of 72%. It is evident that this investment and commitment to transforming the profession has paid dividends. SAICA is pleased with these excellent results, which are proof positive of the outstanding success of the Thuthuka Programmes.

SAICA remains committed to playing a pivotal role in transforming the profession and in promoting skills development within the broader South African economy to aid nation building.

The examination was challenging overall and dealt with practical issues. Of the four papers, it was clear from the analysis of the results that candidates found paper 2 to be easier than the others. However, the standard of the examination overall was at an appropriate level for the ITC.

The exam covered a broad range of issues and was a fair test of candidates’ ability to apply knowledge to specific scenarios. It was evident that candidates struggled to apply their answers to some scenarios and the information at hand. Insight into understanding the context of the scenario, which required an application of knowledge and/or original thought, was problematic.

Paper 1 Question 1 was a moderate to fair tax question with a mix of easy and difficult marks. It was considered practical and covered a range of issues on deceased estates and trusts without being intensely focused on any specific area.

The Paper 1 Question 2 related to accounting and external reporting (with some integrated tax). The scenario tested equity accounting, business combinations and changes in holdings for relatively few marks. The candidates’ knowledge on a wide variety of IFRSs and topics were tested and it was an interesting and challenging question.

Paper 2, Question 1 dealt with audit and strategy, risk management and governance and consisted of two parts. An area of concern remains the candidates’ inability to provide detailed descriptions of substantive procedures.

Paper 3 Question 1 and Paper 3 Question 2 related to accounting and external reporting (with some tax being integrated into the question). Question 1 was considered to be very relevant and an excellent question that tested integrated accounting and taxation knowledge on a deeper level. Question 2 provided good integrated coverage of a number of topics related to earnings per share. Paper 4 Question 1, dealing with financial management and management decision-making and control, successfully integrated three competency areas and had a good overall balance between calculations and discussion. Pervasive skills were also effectively assessed.

Mandi Olivier, Senior Executive: Professional Development, congratulates all candidates who passed their ITC examination in the first of the two 2015 sittings.

Contrary to recent, incorrect press reports, no exams (or another requirement) leading towards the qualification as a CA(SA) has been scrapped.

For more information on the ITC results go to the SAICA website at www.saica.co.za