INFLUENCE: SUCCESS IS NO ACCIDENT 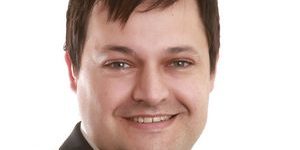 Much inspired by the success of their audit manager, Leon Weber CA(SA), two trainee accountants, Senamile Ngcobo and Ncumisa Hoza, set out to find out just how he did it …

When we hear Pele’s quote: ‘Success is no accident. It is hard work, perseverance, learning, studying, sacrifice and most of all, love of what you are doing,’ we think of a man that best describes these statements and whose inspirational journey to the CA(SA) designation needs to be heard. He is our audit manager, Leon Weber.

Leon is a force to be reckoned with, loves what he is doing, and has a clear vision and ambition to succeed. Not only does he inspire us to be good at our job and learn as much as we can in our article years, but he also inspires us to strive for academic excellence and one day to be great leaders.

We spoke to him about his journey, and this is what he shared:

‘I was pondering about my life toward the end of 2006 when I started to wonder “where to now?” Surely this cannot be all there is to life? I did not grow up in a family of people who had studied after school; in fact, as far as I know, no one in our family has a degree. I had at that point completed a diploma in business management and did a little bit of accounting. I enjoyed this and thus started to look at accountancy. Then I discovered chartered accountancy, and I thought “wow, just for the elite!” But for some or other reason I signed up for the degree and had to do a bridging course first. I compiled 77 copies of my CV and posted this to pretty much any auditing firm I could locate (in Gauteng, that is). I had a few interviews lined up and took a job in Rosebank with  ARB Auditors Inc, which is now known as ECOVIS ARB Auditors Inc.

‘I then started my articles in August 2007 at age 26. I hadn’t studied accountancy apart from the diploma bit and had never seen an audit in my life. However, armed with a positive attitude and a new outlook on life I thought I was in this for the long haul and would need to make the best of it. lt turned out I had made the best decision of my life. I was surrounded by people who were supportive of one another, and I guess I got lucky! I completed my degree at the end of 2011 and got some time off my training contract.

‘Then came the big challenge – CTA – but before I started, we learned at the end of my third year that the CTA would in future be offered through Unisa over a two-year period. I was shattered as I wanted to finish my studies as soon as possible. I had to remain positive, though, take it all in, and find a way to deal with it.

‘2012 was probably the most tiring year of my life and definitely of my time studying. I attended evening classes to ensure I could complete the course. I got up at 4:20 (sometimes sat in front of client’s offices and study) and went to class after work, mostly until about 21:00, then cook, clean, etc. But that year I was the only candidate of five in our firm to pass.

‘In 2013 I started CTA level 2. I did not attend classes for this course as I already had the notes from CTA level 1 and just complemented these. I once again faced the challenge of balancing work life and study time – and in case you wonder about social or personal life, what is that? But I did pass at the end of the year (again being the only one at the firm to manage this).

‘Studying over the December holidays after an exhausting year is a huge challenge, but I did the work as planned. I sat for the ITC exam, and I must admit, it felt good sitting with all these “clever” people in a hall writing a test of this magnitude. I felt quite proud of myself.

‘I passed and then attended the Gauteng APT course in preparation for the APC. The first test went great. I must admit I enjoyed the new SAICA APC exam preparation as this gave one a taste of real life. This is where you as a professional get to understand the complexity of the outside world. The second APT test went well and then followed the final test, Board 2. Nothing really prepares you for this but again, I felt honoured to sit with other students writing what was arguably the most important exam of our lives.

‘On the day the results were released, I could not focus on anything else. I tried to log on from 16:00 many times and finally there it was, “You passed”. My mind was numb; I got this feeling that everything will be okay.’

Leon’s story is inspiring and as trainee clerks at ECOVIS ARB we would like his story to inspire fellow aspiring CAs(SA) that determination and commitment to excellence will enable you to attain the success you seek.