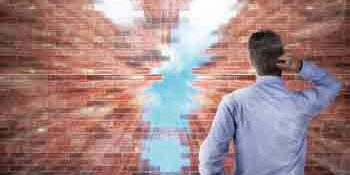 The ancient philosopher Pyrrho, credited as the founder of the Greek school of Skepticism, is said to have been so skeptical that he even mistrusted his very own senses. Apparently, if it were not for his friends who had to follow him around everywhere, Pyrrho would have fallen off cliffs (he would disbelieve his eyes telling him there was a cliff) or been “run over by carts”. Some skepticism of this story is in order, however, as many anecdotes of Pyrrho’s eccentric behaviour are said to have been sensationalised by his intellectual opponents.

Nevertheless, applying Pyrrho’s apparent extreme perspective on skepticism to an audit of financial statements would most likely not achieve an optimal balance between effectiveness and efficiency, not to mention the negative consequences for client relations. However, there has been a renewed international focus in recent years on whether auditors apply adequate professional skepticism upon examining key areas of financial accounting and disclosure. Calls by oversight bodies for increased auditor skepticism followed in the wake of a number of high-profile corporate accounting failures, including the role that accounting practices played in the 2008 financial crisis, and the subsequent increase in public and regulatory scrutiny on the role of auditors. In fact, a lack of professional skepticism has been cited by the Securities and Exchange Commission (SEC) in the United States as a primary cause of audit failures and sanctions against auditors for audit deficiencies.

Auditors are well aware that professional skepticism is not a technical procedure that can be included in a template working paper. The International Standard on Auditing (ISA) 200 defines the trait as “an attitude that includes a questioning mind, being alert to conditions which may indicate possible misstatement due to error or fraud, and a critical assessment of audit evidence”. As noted by the IAASB, professional skepticism is therefore rather found within the mental processes of an audit team member, while the APB relates it to personal characteristics such as self-confidence, watchful diligence and a critical, questioning mind. Although quality controls such as proper engagement planning may assist in facilitating professional judgement, due care may run into an insurmountable hurdle where an audit team member is biased due to personal incentive or where he/she lacks skill in identifying audit risks or in formulating a proper conclusion on audit evidence. Consider for example auditor experience. Although experience is an ingredient for stronger professional skepticism, a senior auditor who has been involved with an audit client for many years without having detected any fraud may succumb to a subconscious “confirmation bias”: bias which may make him/her believe no fraud will exist on a subsequent audit. Junior personnel on the same engagement, on the other hand, may be more skeptical due to recent training or exposure to detected fraud.

In its August 2012 bulletin, the Auditing and Assurance Standards Board in Australia emphasised the “inseparable link” between professional skepticism and the ethical principles of objectivity and auditor independence. A lack of objectivity can result in auditor bias towards audit evidence and nullify even the best efforts of the auditor in applying professional skepticism. For example, where a self-review threat to objectivity exists in a case where an auditor audits internal controls previously designed by that auditor, confirmation bias (a false believe) as to the proper functioning of the internal controls could result in the auditor overlooking indicators of control deficiencies. Professional skepticism would have failed due to a lack of independence from the information being audited.

Professional skepticism is particularly important where risks of material misstatement involve possible client fraud (as per ISA 240) and where accounting numbers are complex or highly judgemental in nature.

This article will centre on the first two points due to the attention that the concepts of measurement, disclosures and going concern are currently receiving in international accounting and auditing.

A RE-EMPHASIS ON IMPORTANCE

Ongoing changes in the financial reporting landscape highlight anew the importance of professional skepticism on audit teams. As echoed by the IAASB chairman, Professor Arnold Schilder, at a recent conference, not only does financial reporting today involve more complexity, it also requires more judgement on the part of preparers of financial statements and calls for more qualitative disclosures. Some specific areas to consider are discussed here.

Judgement in relation to accounting measurements

The International Accounting Standards Board’s (IASB’s) existing Conceptual Framework for Financial Reporting provides limited guidance on the “measurement” concept as it relates to accounting amounts included in financial statements. It further lacks specific direction on when a particular category (“method”) of measurement should be used.  However, progress is being made towards a conceptual approach given the considerable attention that “measurement” is enjoying in the IASB’s July 2013 Discussion Paper on a Review of the Conceptual Framework, in which the above limitations are noted.

It can be argued that the auditor’s professional skepticism is more important in scenarios where conceptual guidance on measurement lacks due to preparers having more “leeway” in their decisions on accounting measurements. Such an argument may carry ample merit, but it should be borne in mind that different measurement categories (whether it be cost-, current market price/fair value- or cash flow-based as explained in the Discussion Paper) may present different valuation results if applied to the same accounting item. In this context, the Discussion Paper stresses the underlying objective of financial information being faithfully represented (for example accurate, consistent) and relevant (for instance useful to users). Even so, this objective may not be achieved with every measurement category for a particular item due to the differing nature of assets and liabilities and especially where estimates of amounts are involved, or where complexity in measurement increases margin for error.

The auditor’s professional responsibility would subsequently call for an evaluation of the preparer’s rationale in selecting a measurement category or estimation process above another in producing fair presentation of the reported information. The same would apply where the method of measurement is changed. Inherent subjectivity in measurement (consider, for instance, fair value estimates in the absence of comparative market indicators) or preparer bias, whether due to ignorance or personal incentive, may lead to information not being faithfully represented or not being relevant to users. The auditor’s professional judgement, enforced by professional skepticism, would thus continue to be of the utmost importance – and perhaps even especially – in the presence of conceptual guidance.

Nature and relevance of disclosures

In his speech at an IFRS Conference in Amsterdam on 27 June 2013, Hans Hoogervorst, chairman of the IASB, discussed ways on how to break the “boilerplate” approach to financial statement disclosures. He suggested that the significant increase in volume of disclosures in recent times has not necessarily meant an equal increase in the volume of useful (user relevant) information contained in those disclosures. As a result, preparers of financial statements may opt to “over report” rather than risking the scrutiny of auditors in the absence of disclosure, resulting in a “checklist approach” which may even diminish communicative value. Applying the concept of materiality to disclosures, especially where an IFRS is silent on specific disclosure requirements, is frequently a matter of professional judgement and may place the auditor at odds with the preparer. Likewise, a shift towards fair value reporting and more narrative disclosures in financial statements implies that more judgement is needed on the part of preparers. Consequently, there would be a need to maintain a strong level of professional skepticism on the part of auditors as to what management considers being relevant (material) in informing users.

Going concern and the audit report

Auditors are already required to perform certain standard audit procedures on an entity’s use of the going concern principle. Building forth upon this responsibility is a seemingly inevitable move towards greater auditor reporting on the topic of going concern. In terms of the IAASB’s Proposed ISA 570 (Revised), the auditor’s report would need to include a statement on the appropriateness of management’s use of the going concern basis of accounting in the preparation of the entity’s financial statements. As per the proposal, the standard may also require a statement by the auditor that he/she has not identified a material uncertainty that may cast significant doubt on the entity’s ability to continue as a going concern. By its nature, the topic of going concern typically requires judgement on the part of the preparer and therefore by definition, the auditor. Consequently, these proposed changes re-emphasise the continued need for professional skepticism and, in particular, where conflicting evidence exists on the appropriateness of an entity’s use of the going concern basis of accounting or related disclosures.  The legal implications for an auditor in failing to properly report on going concern are self-evident.

The PCAOB asserts that strong pressures exist to curtail the proper application of professional skepticism. Improper workload scheduling, excessive trust in management, incentives to build long-term relations with a client, including where non-assurance services are provided, are only some of the factors listed by oversight boards which can impede professional skepticism. The IAASB’s suggestions on how to promote the trait amongst audit staff suggests that professional skepticism is influenced by personal behavioural characteristics in the individual (for example attitude and ethical values), competence (for instance knowledge and training), actions by the engagement partner and  also importantly, the environment or “internal ethical culture” created by the firm in general. Firm level policies cited as those that can strengthen professional skepticism include:

Some engagement level mechanisms include the engagement partner taking responsibility for quality control, discussion amongst the audit team of the susceptibility of the financial statements to risks of material misstatement (including fraud risks), obtaining consultation where necessary, as well as ongoing monitoring and diligent, timely review of audit work.

The broadening application of a conceptual-based framework to financial reporting, coupled with increased pressure on auditors to expand their reporting role, reinforces the need for audit firms to take seriously their focus on quality control mechanisms in order to cultivate and maintain an attitude of professional skepticism amongst its audit staff.  It should further be appreciated that professional skepticism is not embodied in prescribed techniques, but rather in the personal and professional ability of the individual auditor, supported by a sound culture within the firm where leadership emphasises the value and necessity of this important trait. ❐