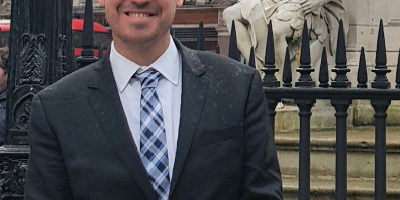 From its inception, 2 000 years ago to the medieval period, the world wars through to the financial crisis in 2008 and the vote to the leave the European Union in 2016, London has been at the centre of the world for over two millennia.

It is a city where ancient and modern intermingle to create a fascinating and enveloping city life which forms a dynamic melting pot of cosmopolitan sophistication.

Ryan Maree works in financial services and says London is one of, if not the financial capital of the world. ‘It shows in the architecture of the “gherkin”, the “cheese grater” and the “Walkie-Talkie” and shows in the legion of suited men and women on the Tube at 8 am every day,’ he says.

Profile: Professor Kurt Sartorius – A quest to save the ‘world’s lungs’
June 1, 2022

Profile: Gary Klinkradt – Enjoying the best of both worlds
June 1, 2022