Is South Africa experiencing a decline in tax morality? 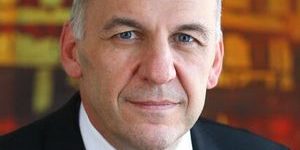 For the last 20 years a growth trend in South Africa’s tax revenue indicated a population of loyal and patriotic taxpayers who have supported the greater good of the country. However, Minister Gordhan’s 2017 Budget Speech, coupled with concerns raised by leading commentators from the public and private sectors, highlight factors that may indicate a decline in tax compliancy.

The Minister noted that for the first time since 2005, South Africa is experiencing a drop in revenue growth versus GDP growth.  Revenue shortfall sits at R30.4 billion which is the largest shortfall since the 2008/9 global recession.

Post 1994, revenue growth had been stimulated by a fundamental re-design of the tax system which included improved tax policies, the transformation of economic structures, a compliance-enhancing tax administration which were seen as on par with the best in the world and, most importantly, a level of tax morality within corporate SA and the citizinery at large not seen for many decades.

Before 1994, a resistance to pay tax was not an uncommon practice spurred on by high tax rates and a lack of support in the government’s policies.  In the1980s and 1990s many businesses entered into what proved to be unsustainable structures in an effort to avoid high taxation.  Seldom did these strategies have a positive and sustainable long-term impact on the business as a whole.

By 2005, tax revenue as a share of GDP stood at about 22% and steadily climbed to 26.7% on the eve of the country’s 2009 recession, which was a consequence of the global financial crisis.  At that time, South Africa’s revenue growth was significantly higher than the averages for central government tax yields of lower middle-income countries which stood at 18.6% and upper middle-income countries at 20.4%.

The revenue to be collected from Corporate South Africa for the period 2017/18 is forecast at R 218.7-billion.  Historically, corporate income tax revenue (including the secondary tax on companies (SCT) which has now been replaced by Dividends Tax) has always been more volatile than personal income tax.

Volatility is kept in check by offsetting corporate income tax declines with increases in individual income tax revenues, and vice-versa.  Volatility is an anticipated risk, but a downward trend in company tax revenues could not be indefinitely sustained.

In his budget speech, Minister Gordhan cautioned that both administration and tax morality pose a risk to public finances.  He highlighted the necessity of having a strong social contract between government and taxpayers given that the effectiveness of the tax system relies on the willingness of citizens to contribute and to be compliant.

Therefore, two fundamentals must be in place: an effective tax administration  and a willingness of Corporate South Africa and taxpayers generally to comply.

Two days after the Budget Speech delivery, Judge Davis of the Davis Tax Committee raised concerns about the South Africa’s tax administration, calling developments there ‘deeply disturbing’.  He said that inaccuracies in forecast figures and under-recovery would make it impossible to prepare a budget in the future.

Undoubtedly South Africa’s tax administration system has come a long way since the 1990s   but a perceived over-zealous approach to tax collection also poses some risk to the social contract between government and Coprorate South Africa.  Recent criticisms claim that the pursuit of tax revenue has become increasingly aggressive, often beyond due process.  Punitive penalties are becoming more prevalent as evidenced by the growing number of queries and complaints received by the Tax Ombudsman.

The rising public concerns about corruption, wastage of public funds and inefficiencies in service delivery will affect the willingness of South Africans to comply.  These concerns are given substance in the Budget Review, which clearly indicates perceived wastage in the negative return in 2015 of close to -4% of invested capital within the 16 largest state owned companies, as against a cost of government debt at approximately 8% per annum.

The increase in individual tax rates to 45% and, as a consequence, Capital Gains Tax, as well as the increase in Dividend Withholding Tax to 20% will certainly not assist in retaining taxpayer support/morality. South Africa’s Tax Ombudsman, Judge Ngoepe, voiced his concern that the 45% tax bracket for high earners would not improve the culture of paying taxes, particularly if tax revenue is not spent prudently.

In the late 1990s Corporate South Africa bought into the good news story of the country, and recognised the moral obligation to paying taxes in support of South Africa’s development. It seems that a new wave of dissatisfaction may affect the tax morality of South Africans.  In Minister Gordhan’s own words:  “A marked decline in the culture of tax morality would have negative effects on the public finance and be exceptionally hard to reverse.”

In weathering the effects of high inflation and tax hikes, Corporate South Africa would be advised to carefully consider their tax risk management strategies taking into account all financial, regulatory and reputational risks.  A company is allowed to look at new business opportunities in the most tax efficient manner.  The common view of tax morality is that it is acceptable to reduce the cost wherever possible, but in a way that is based on a reasonable, purposive and sustainable interpretation of the law.