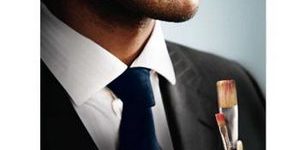 A twofold attitude of gratitude

As many of my counterparts across the globe would recognise, putting together a monthly journal is no small mission. Without the support of dedicated supporters and contributors, and reviewers and readers, the hours of slogging over the right mix of content, proper syntax and correcting split infinitives, none of it would be possible. And in this issue we say goodbye to two such supporters and contributors: Ignatius Sehoole, our institute’s departing Executive President (please read SAICA Chairperson Hester Hickey’s tribute to Mr Sehoole below), and Penelope Webb, our much loved Death and Taxes columnist (please read our Publisher, Willi Coates’ tribute to Penelope on page 30).

The legacy Mr Sehoole leaves behind is awesome and arguably unmatched, and we at ASA will truly miss his interest in and support of this journal. We wish him an even more prosperous career ahead, and we thank him for his guidance to ASA, as but one aspect of his leadership of the institute.

When Ignatius Sehoole walked through the door to SAICA ten years ago, he made an immediately favourable impression.

At the time of his appointment, Mr Sehoole encountered an organisation that was set in its ways, but it was not long before he began to consider both issues and problems in a new and fresh way. Surely this is one of his greatest legacies – being able to foster and maintain great relationships with staff, our members and other important stakeholders. He is a people’s person; with our institute he has never been a purely ‘numbers’ accountant.

His interaction with members was like a breath of fresh air, which was a trait that stood him in good stead, for example, when SAICA encountered CPD problems. He was instrumental in sorting out those problems. And never did he hesitate when it came to making tough decisions.

Over the years he has transformed the organisation’s focus into one that is striving to be member-centric, ensuring that all constituencies are included in its service offerings.

SAICA has many committees. There are not only the board committees but also all the special interest group committees catering for the many levels of interaction between the members and the institute. This too has been handled with aplomb, and he’s always been able to mediate any issues that might have arisen. Indeed, he dealt superbly with the many people in the different forums.

Internationally, he achieved a lot more than many might appreciate. Even now, as his term as Executive President of SAICA has drawn to an end, he remains Chairman of IFAC’s Developing Nations Committee until the end of September. I certainly would be surprised if IFAC let him go that easily.

He travels a lot – domestically and internationally. His visits around South Africa have helped give SAICA a face among our members, thereby making the institute much more member-centric.
Although he enjoys traveling, I suspect his many and long absences have taken a toll on his private life, especially since he is such a family man. A measure of his dedication is that he has always placed the institute on a par with his family. These were his two key priorities – nothing else. In a crisis, he would put everything else aside. It is seldom that you find someone so committed to a career, a job, an institution, an organisation. His total commitment has always amazed me. He repeatedly said that he would never let the profession down. And he never did.

There are not many with the character and the guts to show that the activity in which they are involved is so important to the nation – that the cause is so much more important than the person.

Noteworthy also is his passion for transformation; for doing all he possibly could for the youngsters. In going the extra mile for the black youth, he did not fall into the trap of ignoring the white youth. Thuthuka has been a particular passion.  And when a problem arose within this sphere, he never thought twice about going to see the relevant Minister to address the problem, if this was needed.

I fondly recall the first year in which Thuthuka ran its programme, together with the University of Johannesburg, for students that had failed part one of their qualifying examinations. Mr Sehoole attended the event celebrating the fact that so many of them had passed. When he spoke, he picked out people in the audience and asked them what they had put into Thuthuka after having got so much out of the profession. He challenged them to contribute.

Unbeknown to him, the students, who at that time where probably not high earners, had already passed around a hat and had raised a laudatory R6000 amongst themselves for Thuthuka. When this was revealed, he had tears in his eyes. He had challenged them and they were one step ahead of him. It was a highly charged, emotional, and very precious moment.

One of Ignatius’s foremost strengths has been his resistance to any compromise on SAICA’s high standards. He has refused to be bullied. He has not allowed anyone to bulldoze him on standards and quality.

SAICA has often been criticised for favouring the big firms. He recognised before many others that SAICA needed also to focus on members in business and the small firms. He would take the time to go to the relevant forums to hear what their issues were, and try and resolve them. It wasn’t always possible, but he invariably made the effort.

The CA Profession Charter was a massive challenge. There was a whole range of views, some extreme, and Ignatius needed to pacify all shades of opinion. Although the Charter is awaiting publication in the Government Gazette, people are in any event using it as a guideline. The Charter involved much work, all done voluntarily. It was an amazing achievement on the part of Mr Sehoole and his team.

Ignatius Sehoole’s values – principally his integrity are unshakeable. He doesn’t waver. That is his legacy to SAICA, which I believe will fortunately be with us for very many years into the future.

Our new Executive President, Matsobane Matlwa has already been welcomed in our journal, but I am nevertheless confident that Ignatius will join me here in wishing him all the very best in taking over an enormously important professional position, which I know (even if Ignatius doesn’t) to have been occupied previously by nothing less than a monumental predecessor.