PROFILE: Attitude Is Everything 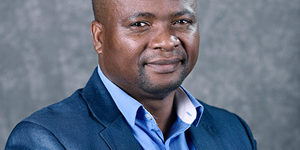 Solomon Mphakathi, chief financial officer (CFO) of The Joburg Theatre, stepped into his new role three years ago and thanks to his leadership, they have shown clean audits since. He shares his tips for success

The Joburg Theatre promotes itself as a ‘theatre for a world-class African city’. Growing audience numbers is not as simple as assessing customer satisfaction surveys, although evaluating audience feedback on theatre productions is important.

Giving theatre-goers what they want and developing storytelling through theatre takes serious skill.

‘Attracting patrons is a juggling act between commercial viability on the one hand, and telling new African stories on the other,’ says Mphakathi. ‘Sure, we have a customer-centric focus in keeping existing audiences happy, but another strategy is developing new audiences.’

Under Mphakathi’s leadership, the Joburg Theatre has succeeded in achieving a 55:45% ratio between government subsidy and income from own operations in the last financial year from a ratio of 58:42 when he started at the theatre.

‘Attitude is everything,’ suggests Mphakathi, as the starting point for achieving clean audits. As a CA(SA), Mphakathi emphasises that while the right skills and training are important, how a leader guides their team and articulates financial strategy so employees see where they fit in the bigger picture is just as crucial.

‘I regularly meet with employees,’ says the soft-spoken, focused CFO. ‘It’s important to identify areas of weakness and to have quick turnaround times in resolving those issues.’

Mphakathi used his first six months in office as a case study and identified procurement as the main weakness in the system. He introduced an integrated financial system at minimal investment.

Under his watch, the Joburg Theatre has progressed from 30 audit findings three years ago to six audit findings a year later and another year after that, to three audit findings. An audit finding usually identifies a problem related to non-compliance with standards, policies and procedures, governmental regulations, or operating efficiencies.

On a more sombre note, there has been a regression in the number of municipalities and municipal entities in Gauteng getting clean audits over the previous year.

There is a solution to remedying this decline in the number of clean audits. ‘Municipalities and municipal entities need to pay sufficient attention to supply chain management and performance reporting if they are to retain their clean audit status of the previous year,’ recommends Mojapelo.

The Joburg Theatre is setting a good example of clean audits in the public sector as well as being commercially viable. Operating in a competitive environment where patrons could be cutting back on luxuries such as attending the theatre presents its own set of challenges.

Mphakathi encourages robust discussions amongst board members. ‘The board is vigilant in ensuring that the theatre goes from strength to strength. When we recently identified a shortfall in the area of social media strategy, we took decisive action to develop and measure our communication in the social media space.’

‘Working in the public sector is really interesting and challenging,’ says the CA(SA). ‘It is hugely satisfying that our work at the Joburg Theatre touches the lives of ordinary South Africans.’ He urges more CAs(SA) to invest their skills in the public sector to help improve service delivery in the country.

Mphakathi is passionate about lifelong learning, a requirement of the CA(SA) profession. ‘The world in which we live is very dynamic. New accounting standards are issued every year, so lifelong learning is not just necessary, it is critical.’