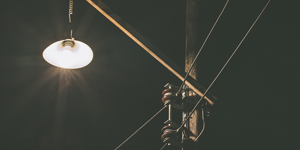 Given the clandestine and secretive nature of cartel conduct, the onus placed on the ‘passive participant’ implies that it is not sufficient to merely distance oneself from the cartel conduct within the clandestine setting of a secretive meeting. One would need to actively spotlight the conduct by publicly exposing it and preferably advising the Competition Commission of such conduct

Cartels have long been understood to be one of the most egregious forms of anti-competitive conduct. This is because cartel conduct involves a secretive meeting of the minds between competitors whose aim it is to unashamedly absorb rents which are due to consumers and transfer these rents to the cartel members. In simpler terms, it is an agreement among competitors to make consumers pay more than they would under normal conditions so that each cartelist can earn more money than it would in a competitive environment. This is tantamount to unashamedly stealing from consumers. For this very reason South African competition law considers cartel conduct to be a per se prohibited conduct. Per se implies that a firm that is found to have engaged in cartel conduct is presumed to be guilty and, furthermore, that there is no recognised evidence that the firm may present in its defence.

While explicit participation in cartel conduct has long been understood to be sufficient to implicate a firm in such conduct, there has been a degree of uncertainty, in certain legal corners, as to whether silent participation by firms in meetings where collusive agreements between competitors in a horizontal relationship are reached amounts to cartel conduct. The judgment by the Competition Appeal Court (CAC) in the appeal brought by two wholesalers that supply bicycles and bicycle accessories, Omnico (Pty) Ltd and Coolheat Agencies (Pty) Ltd, has sought to clarify the position. In its decision the CAC stated that silent participation by a firm in discussions where collusive agreements between competitors are reached, without any attempts by the firm in question to publicly distance itself from the conduct in question, amounts to a complicit approval by the firm of its participation in the cartel.

This judgment by the CAC is extremely important for firms that are members of some form of industry association and/or firms that may engage with competitors in some setting or another. This is because the CAC’s decision places a significant onus on firms that find themselves as unintended participants in a meeting where some form of collusive agreement is discussed between competitors, to publicly distance themselves from such an agreement. Furthermore, given the recent criminalisation of cartel conduct in terms of amendments made to the South African Competition Act in May 2016, the implications and risk now extend to employees (in particular directors and managers) in their personal capacity.

The background of the case which the CAC considered is as follows: Omnico and Coolheat were members of a cycling association whose purpose was to tackle industry-wide issues such as lobbying government. During a meeting in September 2008 Omnico and Coolheat were present where an agreement was reached among wholesalers that mark-ups on wholesale prices for bicycles and cycling accessories would be increased. Omnico and Coolheat contended that while they were present at the meeting, they did not actively agree to increase their wholesale prices and were merely ‘silent’ participants. Therefore, Omnico and Coolheat contended that any attempt ‘to find that silent participation gave rise to liability is to apply the incorrect legal test’. In addition, they also contended that it was incumbent upon the South African Competition Commission to show that the parties to the agreement regarded the agreement as being binding on them.

The CAC has dismissed this line of reasoning. In doing so the CAC has noted that the hallmark of cartel conduct is that it is by its very nature deceptive and secretive and is conducted by means of conspiracy amongst firms which should be competing against each other for the consumer’s purse. As a result, an assessment of whether a firm is party to cartel conduct will involve a holistic view of the evidence. The CAC relied on the fact that Omnico and Coolheat participated in several meetings, exchanged and received correspondence – including copies of agendas and meeting minutes – that were never challenged by them. Accordingly, they were present and participated in meetings where such cartel agreements were arrived at.

The main point made by the CAC was that at no stage did either Omnico or Coolheat distance themselves from the conduct in question. Indeed, this was the very point which the Competition Commission made and which was confirmed by the Competition Tribunal, when it noted that ‘Omnico and Coolheat did nothing to distance themselves from these discussions’. The CAC noted that ‘the minutes, the agenda and the testimony established the absence of any defence, disagreement or distancing by anyone at the meeting with the contents referred to’. Indeed, even other cartel participants who actively participated in the cartel conduct could not recall that anyone objected to the cartel agreement. ‘Mr Pienaar stated he could not recall anyone speaking against it. Everybody that was at the meeting knew there was a concern and everyone felt that there should be some change [i.e. a need to increase prices].’

Clearly, the point that the CAC is making is that in the absence of clear evidence that a firm has publicly distanced itself from the conduct in question, the only conclusion that can be drawn is that the firm in question participated in the conduct and/or wilfully benefited from the conduct in question. As the CAC noted: ‘Silence within a specialised context can never equal non-participation. There does not have to be a single pressing piece of conduct demonstrating cartel behaviour. The cumulative effect of conduct whether active or passive when assessed within a particular context is equally compelling.’

The question, in view of this judgment, is what actions will be required by firms as well as the individuals representing them to ensure that they sufficiently distance themselves from cartel conduct?

The CAC has borrowed from European Courts in noting that ‘there is a duty to speak or to report to authorities or publicly distance oneself from any uncompetitive behaviour’. The reason for this standard, as explained by the CAC, is because ‘having participated in the meeting without publicly distancing itself from what was discussed, the undertaking has given the other participants clear cause to believe that it subscribed to what was decided and that it would comply therewith’. Thus, the CAC’s judgment places an obligation on a firm which passively participates in a meeting or discussion where a cartel agreement is reached to actively and publicly distance itself from the conduct in question, and preferably report it to the competition authorities.

Given the prevalence of industry and trade associations in South Africa, this judgment has significant implications for large and small businesses alike that are exposed to regular contact with competitors as well as the employees who represent them. Without a doubt, given the recent criminalisation of cartel conduct in terms of the South African Competition Act, even passive participation during discussions of this nature will not only open the firm in question up to liability in terms of the Competition Act, but will also open up the representative of the firm who is present during such discussions to criminal liability and possible jail time.

In such instances, the interests of the firm and the individual representing the firm may not be aligned as there will be a need for individuals to act in their own interest. Thus, in keeping with international best practice in countries such as the United States, these employees would not be able to rely on the legal counsel of their employers and would have to seek their own legal counsel.

Omnico was fined R1 925 366 and Coolheat R4 250 612 for their ‘passive’ participation in the bicycle cartel. Luckily for the company representatives, the conduct ended prior to the criminalisation of cartel conduct in South Africa.