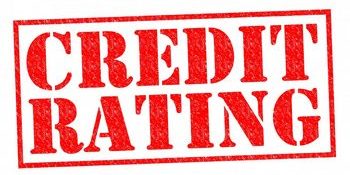 On 3 April 2017, Standard and Poor’s Ratings Services decided to cut South Africa’s international credit rating from BBB- to BB+. A rating of BB+ is considered below investment grade (sometimes referred to as “junk status”). Unfortunately, the negative ratings outlook was also retained, suggesting that S&P could revise the country’s credit rating lower at year-end should the fiscal parameters deteriorate significantly. As recently as 2 December 2016 S&P had confirmed South Africa’s credit rating at BBB-, albeit with a negative outlook. Sovereign credit ratings of South Africa.

The latest rating decision by S&P was taken well ahead of the scheduled ratings review on 2 June 2017, but the decision is not all that surprisingly given recent political developments within South Africa. We had expected S&P to downgrade South Africa’s credit rating to below investment grade at their June 2017 meeting once President Zuma made the surprise decision to remove the Minister of Finance and Deputy Minister of Finance from their positions last week, without explanation. It is clear that the leadership of the National Treasury had done an remarkable job in stabilising the government’s fiscal position under difficult circumstances.

S&P will still publish their formal ratings review on 2 June 2017.

In making this unscheduled decision to revise South Africa’s credit rating to “junk status” Standard and Poor’s highlighted that the change of leadership at National Treasury “has put policy continuity at risk” and that the fiscal and growth outcomes have become much more uncertain and could suffer because of the recent cabinet reshuffle. S&P are also of the opinion that the “contingent liabilities to the state, particularly in the energy sector, are on the rise, and that previous plans to improve the underlying financial position of Eskom may not be implemented in a comprehensive and timely manner”.

Other factors concerning S&P are the potential erosion of trust that had been established between business and labour, the possibility businesses may now choose to withhold investment decisions that would otherwise have supported economic growth, the slow pace of economic growth in South Africa, and the country’s longstanding skills shortage.

More positively, S&P acknowledged the recent improvement in South Africa current account deficit, some improvement in the country’s export performance, the independence of the Reserve Bank and their exemplary track record in achieving price stability, as well as the country’s adherence to a floating exchange rate regime. S&P did indicate that they could revise the country’s credit outlook to stable if they see a reduction in political risk and if economic growth and/or fiscal outcomes strengthen.

Unsurprisingly, the Rand has weakened noticeable against the major currencies, and was trading at R13,75 recently. It is also likely that South Africa’s financial market will remain extremely nervous in the days and weeks ahead given the other expected ratings announcement as well as possible political developments.

Lastly, it is perhaps worthwhile noting that last year Standard & Poor’s published their bi-annual review of sovereign credit rating trends around the world. According to this review global sovereign creditworthiness has declined since the onset of the global financial crisis in 2008. Just below 52% of all rated sovereigns are investment grade (‘BBB- or above). This ratio is at the lowest level it has ever been. The average long-term sovereign credit rating has fallen by just over one notch to between ‘BBB-‘ and ‘BBB’, compared with just below ‘BBB+’ in mid-2008. Furthermore, negative outlooks outnumber positive outlooks, and the outlook balance (positive minus negative outlooks) has dropped significantly, to -30 from -4 in mid-2015. This constitutes the most negative 12-monthly swing in the outlook balance since June 2009.