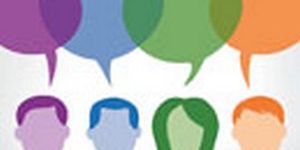 The provisions regulating broad-based employee share schemes in the Income Tax Act 58 of 1962 play an important role in encouraging employee participation in companies.1 The envisaged tax relief is two-fold: first, provision is made for the exemption of the market value of shares received on date of grant2 and second, deductions are provided to employers of the said market value less the consideration paid by the employee to allow “a tax free transfer of shares by an employer to employees”.3 The purpose of this brief analysis is not the detailed interpretation of the tax relief provisions but rather to evaluate when these provisions apply and the impact of the Companies Act 71 of 2008, if any, on such share schemes. Furthermore, it will be assessed whether shares held in trust in terms of section 40 of the Companies Act meet the requirements of section 8B of the Income Tax Act.

The precondition for the application of sections 8B, 10(1)(nC) and 11(lA) is that the share concerned must be a “qualifying equity share”. This term is broadly defined in section 8B as an equity share acquired in terms of a broad-based employee share plan, where the market value of all equity shares (as determined on date of grant) so acquired does not exceed R50 000 in a five year period.4 A broad-based employee share plan is in turn defined with reference to four requirements:

A failure to meet the above requirements means that it is not a qualifying share and thus is not eligible for tax relief as provided for by the Income Tax Act.

Finally, the “minimum consideration” debate is significantly complicated by the fact that the Companies Act provides for a broad definition of compensation, covering not only money, but also labour, an undertaking, promise, agreement or assurance, amongst others. When is the minimum consideration exceeded if it is in any other form apart from money or property?9

Shares held in trust in terms of section 40 of the

The Companies Act introduces certain changes pertaining to the consideration for shares. Before shares can be issued, the board must determine the consideration.10 Consideration is given a wide definition in section 1 and apart from money, property and securities it includes labour or an undertaking or promise.11

This position is however expressly changed by section 40(5), which stipulates that although compensation for shares issued for future services, benefits or payments must only be regarded as having been received by the company to the extent that such services, benefits or payments have actually been delivered or paid by the employee,12  the company must issue the shares immediately and transfer them to a trust.13  Such shares are therefore not considered fully paid, but must be issued nonetheless.

Section 40(6) continues by setting out the proposed provisions of the trust agreement under which the shares are held, although the company can determine otherwise in the trust deed.14

The general scheme of this section is therefore to permit the “holder” of the shares to enjoy the benefits flowing from the shares only to the extent that the consideration has actually been received by the company.15

Employee share plans are aimed at encouraging employee participation in the company and ensuring employee empowerment. In general, shares are made available to employees under such plans for no up-front compensation. Rather, these shares form part of the remuneration of employees and are thus paid for with services rendered to the company.

Should an employer implement an employee share plan in terms of which shares will be issued to employees for future services, future benefits or future payments, compliance with the ambit of section 40(5) and (6) of the Companies Act would necessitate the holding of these shares in trust with certain restrictions until the services are fully rendered or the benefits paid. The question therefore arises whether such a scheme envisaged by section 40 would fall within the ambit of a “broad-based employee share plan” and therefore qualify for tax relief under the Income Tax Act.

Under the first requirement of “broad-based employee share plans”, there is clearly compensation in the above scenario. Where the future compensation is however not in the form of money, the question whether the compensation did not exceed the “minimum consideration” becomes more complex, as set out under “The Companies Act: consideration” above.

The most problematic aspects are however the third and fourth requirements under a “broad-based employee share plan”. Under the Income Tax Act no restrictions may be imposed on the disposal of such shares, save for some exceptions including a restriction imposed by legislation and a five year lock-in period. Under the Companies Act, however, the trust agreement should provide for exactly such a restriction on the transferability of shares. Since the restriction on the disposal is imposed by the Companies Act, it could be argued that it is a restriction imposed by legislation as envisaged by section 8B. The fact that the trust deed is alterable may however have an impact on this interpretation.

Under the Companies Act, the trust deed should further provide for restrictions on voting rights and distributions. “Broad-based employee share plans” under section 8B however require full entitlement to dividends and full exercise of voting rights. Since the two provisions are not reconcilable on this point, a trust structure as envisaged by section 40(6) of the Companies Act therefore does not qualify as a “broad-based employee share plan” under section 8B of the Income Tax Act. As a result the employee does not qualify for the exemption in section 10(1)(nC) of the Income Tax Act. On the other hand, the employer will not be able to deduct the market value of the shares (less consideration received) from its income as provided for in section 11(lA) of the Income Tax Act.

The above analysis shows that issuing shares directly to employees when consideration has not been received fully by the company does not satisfy the requirements of a “broad-based employee share plan” under the Income Tax Act if the terms of the trust deed as provided for by section 40(6) of the Companies Act are followed. Since these terms are alterable, it is possible to change the terms to such an extent that they comply with the requirements of 8B of the Income Tax Act. It is not advisable to completely disregard the terms as set out in section 40(6) of the Companies Act.17 To minimise the risks, it would be advisable to at least retain the restriction on the disposal of shares. Since this could qualify as a restriction imposed by legislation, such a limitation could be reconcilable with the requirements of s 8B of the Income Tax Act. The restrictions on voting rights and distributions will however have to be removed. An alteration of the terms of the trust agreement as set out above should enable both the employer and employees to maximise tax relief. ❐

Author: Ilke Meissner is currently in her fifth year of the BAccLLB course at the University of Stellenbosch