SPECIAL REPORT: Yes, you can rely on the information 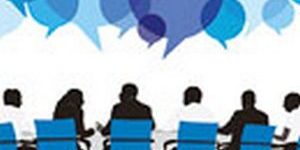 Accountability is a process to hold parties responsible for their actions. One way is through reporting, writes Mariaan Roos

Various definitions or explanations of accountability exist. Two definitions that are specifically relevant to this article are those of Fox and Brown (“a process of holding parties responsible for their actions”)1  and Edwards and Hulme (“the means by which individuals and institutions account to the authorities through reporting and so are held responsible for their actions”).2 Accountability can also be subdivided into components such as transparency, answerability or justification, compliance, and enforcement or sanction. An organisation or individual can be financially accountable and/or accountable for performance. Accountability for performance refers to having to account for the extent to which the mandate and objectives of the organisation have been achieved.

Any government should report on its performance to fulfil its accountability function. In South Africa there are very definite legislative requirements for reporting on performance, and for providing assurance on the performance information being reported, for all three spheres of government. The Public Finance Management Act 1 of 1999 and the Municipal Finance Management Act 56 of 2003 require accounting officers to report annually on the performance of their specific entity against predetermined objectives. The Public Audit Act 25 of 2004, in addition, requires an audit opinion on the reported information relating to the performance of the entity.

In the General Report of the Auditor-General on audit outcomes for the year ended 31 March 2002, the Auditor-General stated that he intended to start auditing the performance information provided by national and provincial departments, all public entities, as well as local governments. The Auditor-General adopted a phased-in approach for this audit and started reporting on the results of these audit procedures in the 2003 financial year. Since the audit process was put into action, one of the recurring findings was the quality and reliability of reported information. The Auditor-General in the Consolidated General Report on the national and provincial audit outcomes of 2012/13 still reported findings on annual performance reports for 41 per cent of auditees.

The necessity to implement and oversee proper record-keeping in a timely manner to ensure that complete, relevant and accurate information is accessible and available to support performance information should be high on the priority list of accounting officers, external auditors, internal auditors, audit committees, councils, boards and other oversight committees. The next sections of the article will explore some of the challenges experienced and make some suggestions for consideration by the preparers and auditors of information on predetermined objectives.

Identifying, providing and evaluating the adequacy and appropriateness of audit evidence is second nature to any internal or external auditor. A lot of emphasis is placed on this during formal and on-the-job training, but is this equally true for the preparers of the performance information? For newcomers to this field it is complex and not easily comprehensible. No standard definition for evidence exists and limited guidance and training is provided on what constitutes adequate and appropriate audit evidence or a POE. One of the reasons is that no two sets of performance information or performance reports are identical, so it is difficult to set out rules that can be applied repeatedly. Evidence could be a document or a collection of documents retained from a project to prove that the performance requirements have been satisfied. Documentary evidence might include a page from the project plan, an email to a key stakeholder, minutes from a meeting, financial or other system reports, certificates, project plans, and external statistic reports.

The risks relating to predetermined objectives reporting are not included in risk management strategies and therefore do not always get the necessary attention. Monitoring of performance and the accompanying evidence is not embedded in reporting processes and controls and the review of quarterly reports by management, internal audit and audit committees is not always prioritised. There is a lack of systems and processes to ensure that actual reported performance is reconciled to supporting documentation and reviewed and approved by a designated official. The section that follows will explore some of the considerations needed to address some of these challenges.

CONSIDERATIONS FOR THE PREPARERS AND AUDITORS OF INFORMATION ON PREDETERMINED OBJECTIVES

A policy and procedures document to guide performance management, including a section on performance reporting, should be developed, approved, implemented and monitored. This document should include a specific section where the provision of adequate and appropriate audit evidence is explained. Part of this section should include a description of the indicator/target with sufficient information to ensure that consistent, reliable, adequate and appropriate audit evidence is presented when actual information on the indicator/target is reported.

Where systems to identify, collect, collate, verify and store information do not exist and still need to be designed/developed, the cost/effectiveness of measuring the indicator/target should be considered, and, if relevant, the development of the system should be included as a target for the first year.

Adequate training should be provided and the requirements for managing and providing the POE should form part of the individual performance assessment process. Individuals need to be accountable for managing the performance and POE allocated to them.

Below are some tips that can be considered part of the process of managing the POE:

Tip 4   Documents must be dated

Tip 5   Documents should be referenced or properly identified

Tip 6   Documents must be signed

1 Jonathan A Fox and L Dave Brown, The struggle for accountability: the World Bank, NGOs and grassroots movements, MIT Press, 1998, 12.

2 M Edwards and D Hulme, Too close for comfort? The impact of official aid on nongovernmental organizations, World Development, 24(6), 961–973. ❐

Author: Mariaan Roos is a senior lecturer in the Faculty of Military Science, University of Stellenbosch