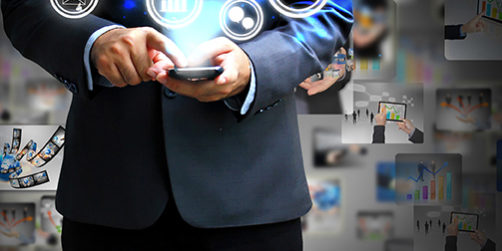 The accounting profession will see some shifts this year, with the effects of existing and pending regulatory changes expected to shake up the industry. Justine Combrink delves into seven important focus areas for 2017

At the beginning of every year I sit down and look at what’s coming in the year, what to look out for and what to prepare for.

When looking forward, one can’t help looking back to the previous year. Words and phrases like ‘El Niño’, ‘drought’, ‘#FeesMustFall’, ‘Nkandla’, ‘Brexit’ and ‘President-elect Trump’ cannot be ignored.

The results of the municipal elections clearly showed that South Africans are standing up and making their vote count, this is a great indicator of where we can go. The focus on ‘death to the billable hour’ could also have a very interesting impact on where we are headed.

However, I cannot see into the future and am certainly not a politician, so let’s talk about what we do know.

There are seven main areas of change are expected to affect the accounting world in the next few years and you should probably keep a close eye on them in 2017:

Let’s start with an interesting and much underestimated area of change.

This amendment was made in order to promote more concise, useful information to the users of financial statements with the emphasis on materiality. An item must be material quantitatively or qualitatively for it to warrant further disclosure.

The premise is that if it is not material it could obscure important information.

The amendment has had a huge impact with some companies cutting their financial statements by at least a third in an attempt to reach this objective. With this comes the risk of removing too much information and, for some, the questioning of their assessment of materiality since certain parties still believe that some entities are including too much. I believe that this pendulum may be swinging for a while before equilibrium is reached.

There is a history to this amendment, and, as accountants, we are rather uncomfortable with drastic changes, like the ones it requires. Personally, I believe that it boils down to saying what you mean in the simplest and most succinct manner, and not simply extracting the wording from the accounting standards. You also have to listen to your users, to find out what they need from the financials.

This is only one of the amendments to the IFRSs effective for periods beginning on or after 1 January 2016 that will affect many entities in 2017. There are numerous other amendments and it is important to stay informed about all of them.

The new Financial Instruments and Revenue standards will come into effect on 1 January 2018. 2017 will therefore be your comparative year, so make sure you are ready. If you haven’t done so already, start ensuring that your systems and outputs can give you the information you need to apply these standards correctly.

Many entities are electing to an early adoption of the new Leases standard, effective 1 January 2019, so that they don’t have restatements and third balance sheets for two years running. Have you started working through all your lease agreements, including your property leases, to ensure that they are correctly classified? If you are a lessee, what will be the impact of bringing all your current operating leases onto the statement of financial position?

IFRS 17, the new Insurance standard, is expected to be released in 2017, 20 years after the International Accounting Standards Committee (now the International Accounting Standards Board) began with the project. We anticipate that this standard will provide a better accounting model that will allow for consistent accounting, with the estimates reflecting current information and measurement reflecting a full range of possible outcomes, and with discounting based on the cash flows of the contract, instead of the investment, where significant.

The amendments to the IFRS for SMEs standard are effective for years beginning on or after 1 January 2017 with early adoption permitted.

The amendments result in better alignment between IFRS for SMEs and IFRS. The changes include a more extensive use of and better definition of the ‘undue cost or effort’ exemption. The exemption can now be used when identifying intangible assets in a business combination and to rather value an unlisted investment at cost. Property, plant and equipment (PPE) may now be revalued, should the entity so elect. Investment property at cost is no longer included as PPE, but is a category of its own on the face of the statement of financial position. Goodwill must still be amortised, but the entity can now determine the expected life, with a limit of ten years where it cannot be done.

In my opinion, one of the exciting changes is that the deferred tax calculations have been aligned with IFRS, making it much easier to calculate. One can now use the tax base of assets and tax rate based on the expected manner of recovery.

King IV was launched on 1 November 2016 effective for financial years beginning 1 April 20171 and is expected to be more applicable to all types of entity and organisation, from large, public companies to small, not-for-profit companies.

It replaces King III in its entirety and has a more principle- and outcomes-based approach. A big difference between the approach in King III and that in King IV is that instead of working through the 75 principles listed in King III and ‘applying or explaining’, King IV has 17 basic principles that entities are expected to apply and they have to explain how they apply each one – thus the new ‘apply and explain’ model.

King IV emphasises that corporate governance should be ethical, transparent, with much more emphasis on the roles and responsibilities of stakeholders. Remuneration is much more prominent in this report, and there is also a focus on the protection of intellectual capital and well-considered disclosures.

In response to an overwhelming demand for better communication and an increased need for user confidence, all audited financial statements of listed companies and companies reporting in accordance with the Council for Medical Schemes with years ending on or after 15 December 2016 will have to be issued with the new, bespoke audit report.

The report will be expanded to achieve increased attention to disclosures referencing the auditor’s report and to enhance audit quality. Consequently, ‘key audit matters’ must be included. According to the International Federation of Accountants, key audit matters are ‘those matters that, in the auditor’s professional judgement, were of most significance in the audit of the financial statements in the current period’. These matters will focus on areas that the auditor deals with that could result in professional scepticism.

The descriptions must include:

In an attempt to strengthen auditor independence and promote transformation, the Independent Regulatory Board for Auditors (IRBA) has begun a process to implement mandatory audit firm rotation for listed companies. In a consultation paper2  issued in October 2016 the IRBA asked for comment on the implementation thereof. They proposed that audit firms rotate every 10 years, with a 5-year ‘cooling off period’ before the audit firm is eligible for reappointment. The individual audit partner remains subject to the rotation requirements of the Companies Act 71 of 2008 and the IRBA’s Code of Professional Conduct. It is proposed that audit firm rotation will be effective for financial years commencing on or after 1 April 2023. The requirement appears to have been met with widely divergent responses, from fury to agreement. What is your opinion?

As an auditor, preparer, shareholder or audit committee member, you may want to remain aware of how the process is going and the requirement develops.

Over the last few years the JSE has made a number of changes to its Listings Requirements, with enough major changes for the requirements to be reissued. Historically the JSE issued one new set per annum, but we have gone from Service Issue 18 at the beginning of 2015 to Service Issue 23 at the date of writing.

The most recent big change was to include the requirement to issue audited annual financial statements and make them available on the issuer’s website within four months of year-end. This requirement will be effective for financial years ending on or after 30 September 2017 and will also impact entities listed as Real Estate Investment Trusts (REITs) and their distribution, as well as Specialist Securities and their other reporting.

Another change that was applicable from 1 January 2017 is the requirement to report on gender diversity at board level. The JSE now proposes to extend this requirement to racial diversity. The proposal furthermore requires all listed entities to report on their compliance with BBBEE, and to publish their scorecards on their websites.

The JSE also proposes to update its Listings Requirements with the King IV requirements as mentioned above, consequently introducing mandatory committees, the Social and Ethics Committee and expanding the responsibilities of the audit committee including what they must request and consider in their assessment of their current or prospective auditors.

Additional reporting will be required from the proposed mandatory separate non-binding advisory vote by shareholders on the remuneration policy and implementation report. The accreditation model for individual auditors and the audit firm is also proposed to change.

In view of all these changes and proposed changes to the JSE Listings Requirements, it is very important for every listed entity to keep abreast of developments, to respond where necessary and to incorporate the new requirements into its reporting processes.

As you can see, there will be numerous big changes in the next few years that are likely to impact every entity. The changes mentioned are merely big ticket items that I believe will impact preparers, readers and auditors, and adhering to them will probably require quite a bit of attention in an already difficult environment. Keep your finger on the pulse, your nose to the grindstone and your eye on the changes.

2   Comments on this document must be submitted by 20 January 2017. Should you wish to read and comment please refer to https://www.irba.co.za/guidelines-to-commentary.