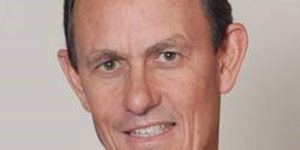 South Africa: 2019 was a year of significant – mainly positive – surprises for equity investors in general, despite SA shares lagging global peers. Contrary to expectation, the year has seen a more than 20% total return in global equities, while positive real returns on the local front have also calmed investor nerves. It’s clear that while political uncertainty tends to result in volatility, it doesn’t dictate investment performance over time. A word of caution, however: the good run on the global equity markets may not be repeated in 2020 – investors may be underwhelmed by earnings growth and although not in bubble territory, valuation levels are becoming increasingly elevated.

The biggest surprise for investors during 2019 was the generally excellent performance of global equities – despite largely negative sentiment at the start of the year, investors were in the main handsomely rewarded for the risks taken in investing in this asset class.

Concerned they certainly were, however. This year, risk-wary investors ploughed more than US$14 trillion into negative-yielding sovereign government bonds. Purchasing a global bond where the yield to maturity is negative implies investors are prepared to accept a known loss rather than invest in risky assets such as equities if they believe these assets’ prospects don’t justify the risk taken.

What were the key drivers of depressed investor confidence and the flight to ‘haven’ assets? The usual suspects were rattling investor nerves: the increasing geopolitical tension resulting from the tedious trade wars between the US and China and Europe, and the ongoing Brexit saga, which is expected to have a significant impact on the entire European region and further afield. And then of course there are the increasing indications that the synchronised global growth narrative may be running its course.

Global equity markets weathered the storm of these uncertainties during Q1 and Q2, but then responded aggressively on emerging signs that some progress was being made on the political front. The MSCI World Index is up by over 21% year-to-date. In the US, the Dow Jones has gained 20%, the S&P 500 25% and the Nasdaq 30% (all excluding dividends). In Europe, the Eurostoxx has risen by 17% year-to-date, and the DAX 30 and the CAC 40 are both up by roughly 20%. In Asia, the Nikkei 225 has returned over 16% and the ASX200 12%. Even emerging markets have done relatively well: the MSCI Emerging Markets Index has notched over 7% in US dollar terms year-to-date.

In general, global equity prices have been buoyed by the accommodative stance of monetary authorities – in an attempt to engineer a soft economic landing, interest rates have been kept low and even cut in several geographical jurisdictions. It should be noted that whereas the US market has enjoyed the benefit of decent earnings growth, the strong performance of European and Japanese equity markets came without any significant increase in the earnings of the companies listed on those bourses. Performance in these regions has been driven largely by rerating in the markets, or positive investor sentiment.

ON THE LOCAL FRONT

The South African equity market lagged global markets materially during 2019. However, after a dismal 2018 in which our equity market lost around 8.5% of its value, local investors were rewarded this year with an inflation-beating return.

While the modest, but real return might have calmed investor nerves somewhat, it’s important to note that the appreciation in the overall index was on the back of a very narrow advance. The performance of the market was driven by only a few sectors, most notably platinum and gold counters. Furthermore, it was marked by a highly abnormal disparity in price performance – the difference between the best- and worst-performing shares on the ALSI is a whopping 300 percentage points. At the top end, Impala Platinum has returned more than 200% year-to-date, followed by Sibanye Gold (185%), while at the bottom end, companies such as Rebosis and Delta Property have lost around 80%.

The companies that disappointed this year from a share price perspective were exposed to either material operational challenges, such as Rebosis and Sasol (-33%), or as in the case of EOH (-60%) and Tongaat Hulett (-76% when the share was suspended), the companies were allegedly plagued by perceived dubious business or financial practices. Others came under pressure as a result of an uncertain or negative investor narrative – Discovery suffered a loss of 25%, fueled in part by the potential impact of National Health Insurance on the business.

We should bear in mind that financial markets in South Africa also had to negotiate the general election in May. There were heightened expectations of a repeat of the general euphoria that gripped the nation after President Cyril Ramaphosa took over as national leader in February 2018, but this failed to materialise. The post-election environment did little to restore confidence in our economy, which remains under severe pressure.

The enormity of the challenges facing our nation was brought home starkly during Finance Minister Tito Mboweni’s Medium-Term Budget Policy Statement (MTBPS) last month – the Minister painted an alarmingly sombre picture of the most crucial issues crippling our economy: fiscal slippage, state expenditure and debt stabilisation. We were also confronted with the full extent of the problems facing our parastatals, especially our national power supplier. The bleak reality so brutally reflected by the MTBPS didn’t escape the watchful eye of the ratings agencies – while Moody’s spared us a sovereign credit rating downgrade to non-investment grade, the agency did change the rating outlook from stable to negative, implying a material risk that it may be revised downwards in the near future.

What are investors to make of the surprising performance of especially global equities amid all the macro-economic issues and political turmoil? While there can be no doubt that the uncertainty resulting from unpredictable upheavals does contribute significantly to volatility in financial markets, it doesn’t necessarily dictate overall investment performance over time. Global equity markets did well over the past year despite all the drama.

For us at Sanlam Private Wealth, the strong returns underline our tried-and-tested investment philosophy – that valuation is crucial when we position our clients’ portfolios for long-term growth. We seek out investments we consider to be cheap and use them to replace those in our portfolios that our research has indicated as being expensive (although it’s of course challenging to get the timing on cheap shares just right). In our experience, a good investment decision is always taken primarily on price – with patience, value will almost certainly be unlocked over time. And 2019 was without a doubt a year during which patient and value-oriented investors generally reaped the rewards for the risks taken in investing in global equities as an asset class.

So, what can investors realistically expect from financial markets in 2020? The economic backdrop is likely to have a material impact on performance. We’re entering the 12th year of a global economic upswing, but there are several indications that global growth is continuing to lose momentum. Policymakers will do their best to keep struggling economies afloat, however, so we’re not by any stretch of the imagination suggesting that a global recession is imminent. The Chinese economy is still predicted to grow by more than 5% (this year’s figure should reach around 6%) and the US by 2% (2019: 3%). The expected growth rate for South Africa is just over 1% (2019: 0.5%).

Looking at the various asset classes, it’s hard to see a repeat of the strong global equity returns investors enjoyed this year. First, consensus global earnings growth expectations are high, which always opens the door for disappointment. Second, this year’s market performance drove valuations higher – although not in bubble territory, valuation levels are elevated, so we’re unlikely to see another boost to global equity returns from a meaningful rerating. Global bonds aren’t offering fair returns at the moment, and the outlook for this asset class remains muted.

Back home, bond yields are trading at attractive levels. However, the risk of a credit downgrade by Moody’s is still looming and may have an impact on prices over the short term. The February 2020 Budget will be a key indication as to whether the government is committed to fiscal consolidation and will provide further insights into the risks associated with local bonds. Cash as an asset class of course has never been a long-term investment proposition – but an expected pre-tax yield of around 7% still beats inflation over the short term.

Since South African equity valuations remain attractive – in contrast to their global peers – we maintain that this asset class is likely to reward investors fairly. While we can’t predict returns over the short term, history does suggest that valuation is a crucial ingredient for decent longer-term returns. In our view, South African equities are generally priced to reward investors justly over the longer term.

In a nutshell, many of the challenges that faced investors in 2019 haven’t disappeared. The investment environment will remain difficult, both globally and at home. At Sanlam Private Wealth, we will continue to back valuation, and tilt our investment portfolios to take full advantage of opportunities that we hope will benefit our clients in 2020 – and certainly through the investment cycle.

Advice: Awaken the speaker in you
December 13, 2019
Advertisements