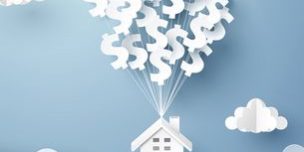 Since adopting the Standards of Generally Recognised Accounting Practice (GRAP) on impairment of assets, stakeholders shared practical challenges on the application of those standards with the Accounting Standards Board. This article discusses these challenges and steps taken by the board to respond to those challenges

GRAP 21, Impairment   Non-Cash-Generating Assets, and GRAP 26, Impairment of Cash-Generating Assets, became effective for reporting periods beginning on or after 1 April 2012. GRAP 21 provides impairment requirements for those assets used with the objective to deliver services while GRAP 26 is aimed at assets used with the objective to generate a commercial return. GRAP 26 is primarily drawn from the International Accounting Standard on Impairment of Assets.

Following the implementation of the two standards, the Accounting Standards Board observed, based on feedback received from its stakeholders, that the distinction between cash and non-cash-generating assets has proved problematic. This is particularly evident at a local government level as municipalities charge fees for the services they provide as well as provide services for free or at a subsidised rate.

During 2013, the board agreed to review the two standards as part of its improvements project to reconsider and improve the wording in the standards so that the board’s intention could be made clearer. The most significant amendment made was the revision of the definition of cash-generating assets to ‘an asset managed with the objective of generating a commercial return’.

While the amendments were supported by some stakeholders, some were still of the view that, despite the revised the definition, the distinction between cash-generating and non-cash-generating assets was problematic. In the midst of these concerns, the board agreed to undertake a separate project to review and consider simplifying the impairment requirements in those standards.

The output of that review project was the amendments to GRAP 21 and GRAP 26 approved by the board in July 2015.

SUMMARY OF AMENDMENTS TO GRAP 21 AND GRAP 26

The structure and content of the two standards underwent a complete overhaul with the board agreeing to remove some of the duplication that previously existed between GRAP 21 and GRAP 26.

The amendments require an entity to designate assets as cash or non-cash-generating at initial recognition based on an entity’s objective of using the asset, and subsequently only when there is a change in an entity’s expected use of the asset. In particular, assets are designated as cash-generating when an entity’s objective is to use an asset to generate a commercial return, that is, generate positive cash flows that are expected to be significantly higher than the cost of the asset. Non-cash-generating assets are those assets that are not used with the objective to generate a commercial return, and instead they are used to deliver services. It is important to note that in applying the requirements, entities are not required to perform annual calculations to demonstrate whether they are fulfilling their objectives for using the assets, as management would have had a clear objective of how the assets will be used when the decision to acquire the assets was made.

The amendments clarify that the designation of assets should be undertaken on an asset-by-asset basis instead of assessing the entity’s overall objective. This means that an entity should assess the objective of using an asset or cash-generating unit rather than the entity’s overall objective. For the purposes of the standards, an asset could comprise a group of assets that are part of a system or network, that is, infrastructure assets.

Consequently, amendments have also been made to the paragraphs dealing with the re-designation of assets; and the disclosure requirements have been amended to reflect the new approach to impairment of assets.

As part of the review of the standards, the board considered the feasibility of combining the two standards into a single standard. While there are similarities in the two standards, and potentially combining the standards will result in the reduction of duplication of requirements, the board considered those areas that are different and how it could respond to these differences. The board concluded that it may be difficult to develop a single set of indicators suitable for both cash-generating and non-cash-generating assets, and that there is still merit in retaining two separate standards. In an effort to reduce the duplication between the two standards, a cross reference of the new section on designations has been included in GRAP 26, which makes it clear that an entity first applies GRAP 21 to determine the asset’s designation.

In to the above, the amendments address other issues requiring clarity from the board in relation to (a) impairment of assets for minor damages that could be rectified through repairs and maintenance; and (b) restoration of an asset, following physical damage to the asset, could be an indicator for a reversal in an impairment loss.

EFFECT OF AMENDMENTS FOR PREPARERS AND USERS OF FINANCIAL STATEMENTS

In line with past practice, the board usually allows a year’s lead-time before making any amendments to the standards effective. This practice allows entities sufficient time to prepare for the implementation of the amendments.

Preparers will need to consider the effect of the amendments on their assets, particularly the designation of an entity’s assets as either cash-generating or non-cash-generating. The amendments are intended to enhance the preparers’ interpretation and understanding of the impairment requirements, and enable them to provide more relevant information to the users of financial statements. As a result, some entities may re-designate some of their assets from cash-generating to non-cash-generating, or vice versa. In such cases, it will mean that the measurement basis for determining value in use will be different for the re-designated assets, and the information provided to the users of financial statements will be different from that which was previously reported in the previous reporting periods. However, where the application of the amendments does not trigger re-designations, then the same information will be provided to the users of the financial statements.

The board believes that the new approach is simpler and less subjective. As such it is not expected that the amendments will lead to an increased level of skill or capacity at the entities affected by these amendments. Similarly, information made available to the users of financial statements to assess accountability and make decisions may be affected as a result of the amendments. For instance, users of financial statements may receive more relevant and comparable information as the requirements make it clear that the assessment and designation is undertaken on an asset-by-asset basis, on initial recognition. In addition, entities were previously required to disclose the criteria developed to distinguish cash-generating assets from non-cash-generating assets. In the amended standards, this disclosure requirement has been amended so that entities should disclose the judgements applied by management when applying the new approach.

A summary of the amendments is available on the ASB’s website.