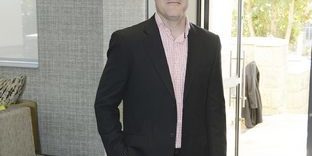 Challenges are being faced in the implementation of the new auditor’s report. Here are some tips gleaned from auditors’ initial experiences

The most prominent change in the auditor’s report under the new and revised auditor reporting standards is the communication of key audit matters (KAM), which provides more entity-specific and audit-specific information to the users of the audited financial statements about the audit that has been performed. We obtained input from some auditors on their initial experiences regarding the identification and communication of KAM.

In terms of ISA 701, Communicating Key Audit Matters in the Independent Auditor’s Report, KAM are:

In determining KAM, the auditor is required:

In identifying those matters that required significant auditor ation,the auditor takes into account the following:

Some auditors experienced difficulty in communicating KAM in certain areas. Here are some of their experiences.

Describing precisely what the issue is

Auditors find it difficult to describe why a particular matter was of most significance in the audit. It is further difficult to describe the issue to readers who have no background information about the audit and to write it in non-technical terms or terms that are unambiguous and do not have unintended meanings.

It is sometimes also difficult (and time consuming) to engage with management and those charged with governance (TCWG) in order to reach common ground on which matters were of most significance and therefore KAM.

The auditor is not necessarily required to describe actual procedures performed but rather how the matter was addressed in the audit. As explained above, it is difficult to describe this in a simple and concise manner that will be understood by the general user of the financial statements that does not have the background information of the audit.

Some matters that required significant auditor attention were not required to be disclosed in accordance with International Financial Reporting Standards (IFRS) and therefore were not disclosed by management. In these instances, the auditor requested management to include additional disclosure in the financial statements to enhance transparency.

In most cases, management included the additional disclosure. It is interesting to note that although the additional disclosure is not required in terms of IFRS if management do not expand the financial statements with such disclosures, it could result in a basis for modified opinion if the auditor believes that the omission represents a material misstatement of the financial statements.

In preparation for the implementation of the new and revised auditor reporting standards, a number of audit firms undertook so-called dry-run sessions where an illustrative auditor’s report based on the new and revised requirements was prepared but not issued. Auditors that were part of these dry runs showed concern about repeating KAM in the subsequent reporting periods – that is how does the auditor continue to provide transparent information that is useful and relevant to the users of the financial statements when the same matters are again identified as KAM (which is likely in the context that there may be no significant changes in the entity’s environment and business from one year to the next).

KAM in subsequent periods will also depend on the auditor’s procedures to address the identified matters in those periods. The work effort in subsequent years could result in a different description of the KAM.

These concerns and how the auditor deals with them will become prevalent in the second reporting period after the effective date of the new and revised auditor reporting requirements when KAM are considered for the second time. It would be interesting to observe the trends that will then emerge.

Reporting of KAM is time consuming

More time is required of all parties involved in the financial reporting process on fulfilling the requirements relating to the disclosure of KAM. However, in general there is recognition and acceptance of the positive behaviour and message that are achieved through the communication of KAM.

It was initially thought that this would be rare, but there were a number of instances where the auditor did not identify a KAM; particularly for smaller listed entities and where reporting of KAM was requested by regulators.

An additional concern noted relates to the inclusion of a matter as a KAM that does not necessarily meet the definition but is communicated for completeness sake; that is, communicating a matter so that the KAM section of the auditor’s report contains at least one KAM. This approach has the potential negative consequence of highlighting a matter to the users of the financial statements that is not necessary and that is also not aligned with their own expectations in this regard, creating concerns or giving rise to questions among users when a matter is given more prominence than necessary in the circumstances.

Questions arose around KAM that were identified in different entities forming part of a group and how these affect the specific entity being reported on, or the auditor’s report of the group. This matter has been addressed in the IAASB staff publication Auditor Reporting: Frequently Asked Questions (November 2016).

To make a determination if the KAM should be communicated in the auditor’s report of the separate, consolidated or both financial statements, the auditor should consider:

KAM could be applicable to both financial statements but the description thereof should be tailored to each respective audit, as may be applicable.

There is no requirement for a specific ordering of KAM. They may be organised in order of relative importance, based on the auditor’s judgement, or may correspond to the order in which matters are disclosed in the financial statements.

The auditor may find that a matter to which a KAM relates is not disclosed in the financial statements. That is acceptable because the description of a KAM only needs to include a reference to a related disclosure if there is one. By way of example: applicable accounting standards may not require the disclosure of the implementation of a new IT system in the notes to the financial statements. As a general rule, KAM would not provide original information, which is any information about the entity that has not otherwise been made publicly available by the entity. Rather than providing original information, management or TCWG should be encouraged to disclose the necessary additional information in the financial statements or elsewhere in the annual report; however, it is acknowledged that there may be situations where this is not practicable.

The communication of KAM will evolve over time – the first few reporting periods will have a steep learning curve. If everyone involved in the financial reporting supply chain embrace these new requirements, we are sure to see the realisation of the intended objectives of the new and revised auditor reporting requirements, including a more informative auditor’s report that provides transparent information about the audit that has been performed and that ultimately contributes to the continued relevance and value of the external audit.