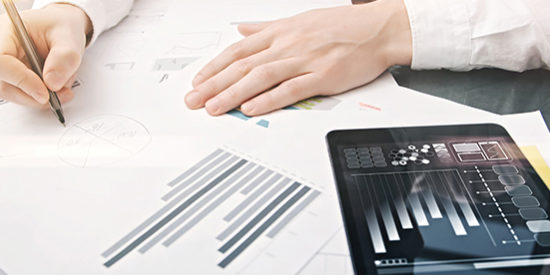 Continuous improvement in audit quality is a priority for the Independent Regulatory Board for Auditors (IRBA) and it believes that audit quality indicators (AQIs) could be a valuable tool to increase transparency in the financial reporting value chain. By Sadhir Issirinarain

The Independent Regulatory Board for Auditors (IRBA), which is the regulatory body for auditors in South Africa, is the world’s leading auditing and reporting standard-setting and monitoring organisation according to the World Economic Forum (WEF), which has consistently rated South Africa number one over the last six years. The IRBA’s mission is to ‘protect the financial interest of the South African public and local and international investors in South Africa through the effective and appropriate regulation of auditors, in accordance with internationally and locally recognised standards, codes, and laws’.1 By ensuring audit quality and the integrity of financial information, IRBA contributes to building local and global confidence in South Africa as a solid investment destination.

Audit quality is a complex concept and it has proven difficult to achieve a commonly accepted definition. Over the years, auditing has received greater scrutiny, having been triggered by major global corporate failures.

The International Forum of Independent Audit Regulators’ (IFIAR) Report on the 2015 Survey of Inspection Findings,2 which was released in March 2016, stated that 43% of inspected audits of listed public interest entities contained at least one inspection finding. This survey is based on a defined list of large global audit firms.

In response to calls for improved audit quality, specific initiatives are being implemented worldwide to improve the transparency of the audit process, with AQIs being one such initiative. The International Organisation of Securities Commissions (IOSCO), in its report titled Transparency of Firms that Audit Public Companies,3 advised that AQIs be included in audit firm transparency reporting to audit committees, specifically related to the audits of public listed entities.

Locally, the IRBA emphasises the important role AQIs could play in assisting audit committees and boards in their responsibility to oversee the quality of an audit. ‘These [AQIs] could include requesting from an audit firm (and engagement partner) the most recent IRBA inspection result or internal quality control results; evaluating its financial stability and reputation as well as evaluating the engagement team’s independence, competency, capacity, and risk-focus.’4 The IRBA has also, in its comment letter on the Draft King IV Report on Corporate Governance, recommended that audit committees use various AQIs to evaluate the quality of an audit, together with further recommendations to strengthen auditor independence, which it believes also contributes to audit quality.

AQIs have the ability to enhance audit quality oversight by providing audit committees with an additional tool to assess the external audit. Therefore the IRBA supports AQIs as a tool to enhance audit quality rather than an absolute measure. As part of the financial reporting value chain, AQIs allow firms to differentiate themselves based on the quality of the work provided and also enable audit committees to make more informed decisions.

Without this transparency, audit quality could be compromised in favour of audit fees. For example, in an audit tender process an audit committee could end up with scorecards from each of the tendering audit firms showing exactly the same information, with the only differentiating factor being the estimated audit fee. Each firm may have all the minimum qualifying criteria, such as being part of a global network, having engagement partners with the relevant experience and having spent some amount of resources on relevant training. In reality, each firm would approach its systems of quality control differently.

Some firms may invest heavily in technical resources and training, whereas other firms may be more skilled in retaining audit staff and can ensure, to a greater degree, that the relevant industry experience is retained. By providing more detail to audit committees, in the form of concise AQIs, the transparency of the firms’ investment in audit quality is enhanced. Although not a complete solution for audit committees, AQIs have a positive impact as they focus the committee’s attention on quality as opposed to competitive pricing, and also raises awareness of audit quality.

Globally, various jurisdictions are at different stages regarding the use of AQIs in the financial reporting value chain.

The United Kingdom took a proactive approach through its Policy and Reputation Group (PRG). In 2014, the PRG consisting of representatives from major UK auditing firms identified five AQI categories through consultation with various stakeholders, specifically:

Each of the UK’s six largest auditing firms agreed, on a voluntary basis, to disclose 11 metrics within these five categories in their annual transparency reports. This type of reporting allows for public transparency as well as comparability.

In contrast to this, in the United States, the Public Company Accounting Oversight Board (PCAOB) is currently consulting with various stakeholders in order to refine its list of 28 possible AQIs so as to arrive at what would be the most meaningful indicators. Its approach is more flexible as the auditing firms will be able to choose which AQIs are the most relevant and only report on those.

In Singapore, the Accounting and Corporate Regulatory Authority (ACRA) published a disclosure framework for AQIs in NOVEMBER 2015.5 This framework lists eight comparable AQIs that were developed using observations from the regulator’s inspections process over the last decade. The four largest audit firms in Singapore have confirmed their support to disclose these AQIs to audit committees when the re-appointment of the auditor is being considered. The eight AQIs included in the ACRA framework are:

A common thread in all the AQI initiatives is that the proposed primary measures are quantitative and not qualitative. The Centre for Audit Quality (CAQ), in its 2016 report titled Audit Quality Indicators, the Journey and Path Ahead,6 stated that many stakeholders felt it was important to add context to the quantitatively based AQIs.

The Federation of European Accountants (FEE), in its study titled Overview of Audit Quality Indicators Initiatives,7 identified the number of training hours per audit personnel to be the most common AQI used among nine separate international bodies. One would assume that the more hours spent by a firm on training would result in a firm that is more committed to audit quality; however, this may not always be the case. For example, a firm with skilled partners and years of experience in a particular industry may not invest as heavily in training when compared to a firm that has less experienced partners in the same particular industry.

Another common AQI example highlighted by the FEE was the result of external inspections. While inspection results provide a snapshot of audit quality at a particular point in time, they should not be regarded as the only indicator of audit quality. Locally, the IRBA cautions that inspections are based on a risk-based approach, with a limited scope in many instances, meaning that while inspections are performed with the objective to promote audit quality, the results should not be taken out of context. For example, an unsatisfactory result does not necessarily imply that the audit report was inappropriate.

The International Auditing and Assurance Standards Board’s (IAASB) A Framework for Audit Quality8 emphasises the importance of the audit committees and their responsibility to oversee the audit process. This is further described by the draft King IV Report, as published by the Institute of Directors Southern Africa (IODSA), in which audit quality oversight is specifically described as a function of the audit committees.9 It is envisaged that AQIs could be used as a valuable tool by audit committees in better discharging their duties.

In conclusion, the IRBA believes the method of implementation for AQIs requires careful consideration in order to ensure that the desired outcome of improved audit quality is achieved. As part of our mandate in driving audit quality, we have begun an internal research process. The conceptual avenues to be explored could include:

The IRBA is also a member of an IFIAR Task Force which is developing a Thought Leadership Paper on Audit Committees.

Although the statutory mandate of the IRBA is the regulation of auditors, it recognises its broader responsibility to also strengthen other structures, particularly Those Charged With Governance, to be in a position to contribute to overall audit quality. It is through ensuring high audit quality that we can contribute to the credibility of financial statements and our financial markets, and better protect the investing public.