ANALYSIS: INDEPENDENCE AND WHY IT MATTERS 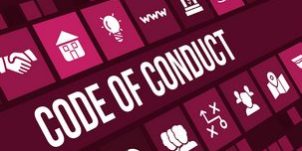 In this article, Uli Schäckermann analyses the concept of independence and places particular emphasis on the requirements that is it ‘in the public interest’ that the registered auditor be independent

When reading, or even just reviewing, the IRBA Code of Professional Conduct for Registered Auditors (RAs),  it soon becomes obvious that independence is the most significant mental attitude for those that are members of the profession and as such they are obliged to observe the terms of the code during their professional lives. The code consists of 114 pages, and 73 pages deal directly with the RA’s independence in relation to audit and review engagements and other assurance engagements. Why is independence given such status in the code of conduct and what are the best ways to deal with this rather significant aspect of professional life?

A DEFINITION OF INDEPENDENCE

Wiktionary defines independence as: ‘The state or quality of being independent; freedom from dependence; exemption from reliance on, or control by others.’ Such a definition adequately describes the state of mind that an RA must have when dealing with professional services in the professional environment. And that is just what the public is interested in. Following the introductory sentence of the code: ‘A distinguishing mark of the accountancy profession is its acceptance of the responsibility to act in the public interest.’ This is the one of the great shifts in thinking about the function of the RA since the start of the new millennium. While we were always aware of the interest the public has in our work and the reliance that could be placed on such work by members of the public, this opening statement in the code is fundamental to the work of the RA. It is fair to state that the public’s interest will be served best if the information presented to them has been audited with an independent mind.

We can accept that while a client may not have such a strong need for independence, the public certainly have. The trustworthiness of the profession is directly related to the profession’s commitment to independence; not only of mind, as set out in the definition above, but also in appearance.

THE CONCEPT OF INDEPENDENCE

Section 290.4 sets out the following: ‘In the case of audit engagements, it is in the public interest and, therefore required by this Code, that members of audit teams, firms and network firms [my emphasis] shall be independent of audit clients.’ Bearing this in mind, the code has been prepared ‘to assist firms and members of audit teams in applying the conceptual framework described’ in order to achieve actual independence and to ensure that there is no reason for the public to believe that the RA is in fact not independent.

The word ‘shall’ has to be interpreted in its strongest from, namely not only in its moral meaning but also as a persistent, unwavering requirement for a mental attitude of RAs. It also helps to highlight that independence is not only required from the individual RA, but also from other team members engaged in any professional work and even the firm. While a firm cannot have an independent mind, it certainly can create and maintain an environment that allows those that deal with the firm, directly or indirectly, to perceive the firm to be having an appearance of independence; and that is what the conceptual framework requires, namely independence of mind and independence in appearance.

THE RA’S REACTION TO THE REQUIREMENTS

So, how does the RA (individual and firm) react to the code’s requirements?

The code obliges a firm to provide an environment in which the directors/partners and all staff can be independent, which clearly addresses the appearance of independence factor. Not only do the professional staff need the opportunity to engage with the code of conduct, but also the support staff, particularly if they are client facing. The firm must also ensure that network firms follow the same independence rules as the lead firm in the network. Thus the firm needs to fulfil its obligation in terms of ISQC1 to ensure that the appearance of independence is provided and that actual independence of staff and directors/partners is achieved.

So, right from the outset of the conceptual approach, perception plays an important role when determining the independence of a person involved in providing professional services.

Section 290.7 sets out what is expected of the RA (per the definition section of the code this means ‘An individual or firm registered as an auditor with the Regulatory Board’) and the audit team members:

Evaluate the significance of threat identified

Apply safeguards, when necessary, to eliminate the threats or reduce them to an acceptable level

How best can independence of mind and appearance be achieved and how can one demonstrate that independence, as envisaged in the code, has been achieved?

There are several ways set out in the code, and the steps are specified in paragraphs 21 to 25 of ISQC1 relating to the firm and the professional environment it must design and support to maintain the independence. This is frequently referred to in ISQC1 and the ISAs as ‘relevant ethical requirements’. This is what a firm ‘shall’ do and thus it is compulsory to follow the provisions of ISQC1 and the ISAs.

The code is different from previous rules-based pronouncements on professional conduct in that it is mainly aspirational, principle-based. There are a number of situations where the code provides that there are no safeguards in place to reduce or eliminate the threats to independence and in those cases the code does become rules-based.

Judgemental decision-making, or professional judgements, are regular occurrences in the RA’s life and numerous activities in auditing financial statements require such judgements. To name a few: debtors and stock provisions, in the mining industry – rehabilitation provisions, setting materiality levels and evaluating the effects of materiality on judgement, and there are many others. The code sets out the ‘reasonable third party’ test in section 200.10, which is not unlike the assessments that an RA makes when dealing with judgemental situations while providing professional services to clients. ‘[A] registered auditor  shall (rule) consider whether a reasonable and informed third party, weighing all the specific facts and circumstances available to the registered auditor  at that time, would be likely to conclude that the threats [to independence] would be eliminated or reduced to an acceptable level …’.

The code contains guidance in sections 100.17 to 100.22 for ethical conflict resolution. Furthermore, 290.29 contains the requirements for documentation and provides a rule that [the] registered auditor shall document conclusions regarding compliance with independence requirements …’ It is crucial that the documentation be complete and accurate and the RA take all necessary steps into account, bearing in mind that compliance with the code is a non-negotiable requirement of the Rules Regarding Improper Conduct published in the same Gazette. Care is required, as the documentation can be used for and against the RA and therefore facts and circumstances, as well as additional resources referred to, and the logical sequences in arriving at a decision, are clearly documented.

THREATS TO INDEPENDENCE AND SAFEGUARDS

What are the threats to independence as set out in the code? These threats will depend on several facts and circumstances such as the type of professional services provided and whether the client is a public interest entity or not. The threats are:

The code also sets out numerous examples of where and how each of these threats can occur and part B of the code provides rules and opportunities for professional judgement depending on the circumstances encountered. In certain instances, particularly in relation to public interest entities, the code prescribes that there are no safeguards in relation to the threat encountered that can reduce or eliminate the threat. Therefore in such situations the RA needs to remove the circumstances giving rise to the threat, or stop doing the work, or change the engagement team, or resign from the engagement. In fact the RA is obliged to do anything that will lead to independence being re-established. Often the code refers to situations in which independence could be compromised and then suggests measures that can be taken to eliminate the threat or reduce it to an acceptable level.

It is critical that where safeguards are identified by the code that they are applied consistently; threats are usually not in one of the categories referred to above only, and multiple threats could exist simultaneously. A familiarity threat and a self-interest threat can exist side by side and both need to be eliminated either with one measure addressing both threats, or individual measures for each threat. Where safeguards have been identified and implemented, the RA needs to document how the safeguards can achieve the purpose of reducing or eliminating the threat(s) and conclude that the applied safeguards were actually effective.

Thus, independence has become an overriding objective when assessing the quality of professional services provided by an RA. While it is argued that the person who has written up the books or prepared the financial statements is the most knowledgeable and therefore deemed most suitable to conduct audits the financial affairs of the client, this would result in a self-review threat. Under such circumstances, independence has been lost and the public interest, which is the RAs responsibility, has not been served.

Independence in an audit client must exist for the period covered by the financial statements. This has been overlooked at times, but is particularly relevant when dealing with client acceptance procedures and evaluating independence at that stage. Additionally it matters at the start of audits of existing clients after merger and acquisition activities have taken place. If a partner/director of the firm or the network firm were a shareholder in the audit client or an entity acquired by the client, independence considerations would become an issue. Unidentified independence concerns can lead to consequences in relation to the report by ‘The Independent Auditor’ who states that the audit was conducted in compliance with ethical requirements.