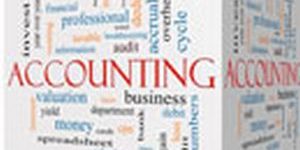 The introduction of the proposed Public Sector Accounting Standard (IPSAS) will provide a comprehensive set of principles that will provide relief to entities that want to adopt accrual basis IPSASs for the first time.

As existing IPSASs deal with first-time adoption of the standards in an inconsistent way, the purpose of this IPSAS is – among others – to ensure that accrual basis IPSASs are adopted consistently by different jurisdictions. Applying the principles in the proposed IPSAS will enhance the credibility of a first-time adopter’s financial statements during its transition to full accrual accounting as well as improve comparative analyses of financial statements.

Once accrual accounting has been adopted, one of the biggest challenges will be to identify and appropriately classify assets under an entity’s control, taking into consideration the amount at which it should initially be recognised and measured.

The first-time adopter may lack comprehensive information about the existence of all the assets under its control. Consequently, the proposed IPSAS allows a first-time adopter up to three years to recognise and/or measure its assets, with the exception of inventories, while compiling appropriate records to account for them.

This relief period provides a first-time adopter with sufficient time to appropriately identify all the assets under its control, and to classify them on the basis of how the adopter uses or intends to use them. The aim is to allow an entity time to develop reliable models for measuring its assets.

An advantage of the three-year transitional exemption process of the proposed IPSAS is that it provides exemption from the recognition and/or measurement of certain assets, as well as certain liabilities. An entity will furthermore not be required to comply with any associated presentation and/or disclosure requirements during the exemption period.

For example, if an entity uses the exemption not to recognise finance lease assets, it will not be required to apply the requirements to finance lease liabilities for that three-year period and it will not be required to recognise the assets in accordance with the applicable IPSAS. A relief period could also be adopted for the recognition and/or measurement of defined benefit plans and other long-term employee benefits.

To assist entities in measuring their assets where reliable cost information is not available on the date of adoption of accrual basis IPSASs, the proposed IPSAS allows an entity to determine the asset’s fair value and use that fair value as a deemed cost on initial recognition. However, To avoid the selective valuation of assets, the use of deemed cost is restricted to circumstances where reliable information about the historical cost is unknown at the date of adoption.

Allowing a first-time adopter to not recognise and/or measure certain assets and/or liabilities during the three-year relief period may result in a number of significant items not being reflected in the financial statements during the transitional phase. For this reason the IPSASB has stated that an entity that applies certain exemptions will not be able to claim compliance with accrual basis IPSASs, until the exemptions that provided the relief have expired, or the assets and/or liabilities have been recognised and/or measured, and subject to the first-time adopter complying in full with the requirements of all the applicable accrual basis IPSASs. Neither will it be able to make an explicit and unreserved statement to the effect that the financial statements during this period have been fairly represented.

When they change to accrual accounting, it is important that in developing appropriate strategies for adopting accrual basis IPSASs, jurisdictions not only bear in mind the size and complexity of their activities, but also plan the transition well in advance. This will go a long way towards facilitating a smooth transition to an accrual reporting framework. ❐

Author: Amanda Botha is a project manager at the Accounting Standards Board