ANALYSIS: Five areas to watch in 2016 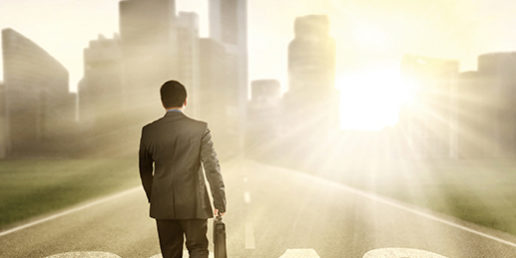 Luckily there aren’t too many accounting-related changes applicable for 2016, but there are huge changes coming. Here are my top five areas to keep an eye on in 2016. By Justine Combrink

No, it’s not out yet, it’s only in the drafting phase and expected to be completed towards the end of 2016, effective mid-2017. It’s being rewritten to incorporate the significant corporate governance and regulatory developments locally and internationally.

The intention of the new code is to be more applicable to all types of entities across all sectors, so even if your entity is not currently applying King III, you will want to keep an eye on this space and get involved in their ‘consultative process’ where it’s likely to affect your business.

Even if you are not in the listed environment, you should be watching this area. Five years ago the JSE started a process called ‘proactive monitoring’ whereby they review financial statements for compliance with IFRS, corporate governance, the listings requirements, etc. In February each year, they issue a report on the common IFRS findings for the preceding calendar year. These findings can be considered best practice and should be on any preparer’s reading list.

If you are in the listed environment or are looking to enter it, the JSE listings requirements changes are also important to watch. Towards the end of 2015, a few changes to these requirements were made and some far-reaching changes proposed. The changes that were made became effective almost immediately, so it would be very important to keep an eye on the listing requirements in the year ahead.

The proposed change with the biggest impact is the requirement that audited annual financial statements will need to be published, with a copy sent to the JSE, within three months of year-end, with the full annual report being distributed to shareholders within four months. Interim reports will need to be issued within two months.

The concerns raised on these changes ranged from needing to change systems and reporting structures to be able to obtain all the information on time, to the sudden realisation that the financial results would also need to be audited within this short space of time. The main change to the financial reporting requirements that became applicable from 1 October 2015 affecting issuers is the requirement to confirm in the annual report how their policy on gender diversity at board level was considered and applied together with a progress report on any agreed voluntary targets.

Although  IFRS 15 and IFRS 9 have been extended to be effective for years beginning on or after 1 January 2018, there is a lot of work that should already have started if the implementation of these standards in your day-to-day accounting is to be a smooth one. It is probably important to point out that if you will be applying the new standards retrospectively, 2016 will be your opening balance …

The new revenue standard, as you will know by now, includes a five-step approach to recognising revenue. Although these appear fairly innocuous, there is a lot of work and interpretation that need to go into applying them.

Before even applying the steps, it is critical to identify what exactly the revenue generators are in your entity and then begin to break those down into ‘the steps’. The first two are identifying the contract followed by the performance obligations of the contract. These two very important steps seem to be causing a lot of consternation and would be well worth spending quality time on. The rest of the five-step approach can be used in testing your application of the first two.

The much-debated leasing standard IFRS 16, Leases, has finally been issued by the International Accounting Standards Board (IASB) and with it, the world as we know it for lessees is changing.

The new standard requires each lessee to recognise a liability for the obligation (it has to pay the lease payments over the period of the lease) and an asset for the right to use the related asset, doing away with straight-lining of operating leases.

The definition of a lease has changed, and it is now essential to review your contracts and assess whether they are in fact leases or service contracts. Some practical expedients have been included in the standard. For example, leases less than 12 months and small ticket items (accepted as items under $5 000) are not to be recognised as leases.

Although I have only listed five areas to watch for 2016, these are big areas where a lot can happen, and they can have a huge impact on your business. So for 2016, keep an eye on these and get involved where you can.

AUTHOR |Justine Combrink CA(SA) is a Partner at Mazars