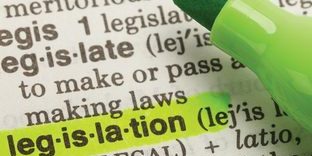 Taxpayers often find them in a position where the letter of the law is applied by the Commissioner when they are assessed for tax. In some instances, however, the boot may be on the other foot and the taxpayer may find himself of herself having to interpret, possibly plan around and complete a tax return where the letter of the law provides the taxpayer with an outcome that could clearly not have been the intention of the legislature.

An example of this is the exemption for low-cost housing fringe benefits that was inserted into the law by the end of 2013. Paragraph 5(3A) of the Seventh Schedule to the Income Tax Act allows immovable property to be transferred to an employee at no fringe benefit value unless the employees remuneration proxy exceeds R250 000, the value of the property exceeds R450 000 and the employee is a person connected to the employer. A non-shareholding director who receives a house worth R4 million instead of his normal cash salary therefore qualifies for this nil value benefit.

Legislation is generally interpreted based on the grammatical and ordinary meaning of the words of the law. This literal approach to interpretation was described in the judgment of Commissioner for Inland Revenue v Simpson:

In a taxing Act one has to look merely at what is clearly said. There is no equity about a tax. There is no presumption as to a tax. Nothing is to be read in, nothing to be implied. One can only look fairly at the language used.

The approach was however qualified to some extent in the case of R Koster & Son (Pty) Ltd & another v CIR (Koster case) where it was held that:

[I]n construing a provision of an Act of Parliament the plain meaning of its language must be adopted unless it leads to some absurdity, inconsistency, hardship or anomaly which from a consideration of the enactment as a whole a court of law is satisfied the Legislature could not have intended.

It was similarly held in the case of Venter v Rex that:

… the court may depart from the ordinary effect of the words to the extent necessary to remove the absurdity and to give effect to the true intention of the legislature.

It is submitted that this interpretation issue contemplated in the Koster and Venter cases does not present itself where the wording of the legislation can only have one meaning (for example the word “and” in paragraph 5(3A)) but the outcome of applying that meaning could arguably not have been intended. These cases do not provide authority for the court to depart from the wording of the legislation. The concern with the wording of a provision such as paragraph 5(3A) of the Seventh Schedule would only be resolved if different words were to be read into the law in interpreting it.

The purposive construction in the interpretation of legislation essentially requires legislation to be interpreted in the context of its overall purpose. Ambiguous wording is not a pre-condition for this approach to interpretation but rather wording with numerous interpretations, some of which may not reflect the purpose of the legislation. In the case of ITC 1584, the judge dealt with the question whether a payment in respect of maintenance by the deceased estate of a former spouse fell within the exemption that applied to amounts received by or that accrued to “any person from such person’s spouse or former spouse”. The question before the court was whether the term “former spouse” could be interpreted to include the deceased estate of such a former spouse. In this judgment Seligson A J expressed the view that:

Clearly, to interpret the relevant exemption as applicable when maintenance is paid by a former spouse, but not by such spouse’s deceased estate, would create a glaring anomaly with inequitable results … [I]t does not accord with the context or object of the exemption provision, which is to exempt from tax amounts paid to a spouse or former spouse by way of maintenance for herself or any children inter alia pursuant to divorce proceedings instituted after the date mentioned in the exemption. Whether such maintenance is paid by the spouse’s estate rather than the spouse himself should consequently make no difference …

It is therefore submitted that this extract indicates that the purposive interpretation approach would allow the courts to depart from the literal meaning of a word where the context justifies this. This approach to interpretation still does not allow the court to read different words into the legislation or remove certain words from it to “fix” the law in order to conform with the intention of the legislature that is not reflected by the words used in the legislation. Provisions such as paragraph 5(3A) may, and arguably should, therefore be interpreted and applied based on the wording in the legislation rather than the intention of the legislature which is not reflected in the wording. If the converse were true and the purpose of legislation were to override the actual words used, interpretation would be an interesting and dangerous exercise.

Despite a taxpayer having a strong case to apply the letter of the law when planning a transaction, taxpayers should be aware of retrospective amendments to fix drafting errors. Even though the constitutionality of retrospective amendments is questionable, this is a reality that taxpayers in South Africa have to deal with. An example of such an amendment is the amendment to paragraph 5(3A) of the Seventh Schedule by the 2014 Taxation Laws Amendment Act that changes the word “and” in paragraph 5(3A) to an “or” to correctly reflect the purpose of this provision, namely to transfer low-cost housing to low-income earners without the burden of fringe benefit taxes.

It is therefore submitted that where a taxpayer who plans or structures his or her tax affairs based on current wording of the law that may not reflect the purpose of the provision, such a person may be at risk of paying more tax than planned for should the provision be “fixed” retrospectively. Avoiding this pitfall requires knowledge of the intention of the legislature as to the purpose of a provision, as well as the involvement of tax specialists who are aware of such purpose and imminent amendments. Unfortunately this risk cannot be eliminated by making use of advanced tax rulings as these rulings cease to be effective if a change in legislation takes place. Applying for a ruling may however be one way of becoming aware of an imminent change in legislation as a ruling application can be rejected on the basis of the issue being considered in a policy document or draft legislation.

Taxpayers who are fortunate to benefit from or clever enough to spot errors in wording in the tax legislation may have a strong argument that they should be taxed according to the actual words of the law, rather than the intended purpose that it fails to achieve. Retrospective amendments may however eliminate any such benefit. This leaves taxpayers with the question of how to approach such legislation: as with any uncertain tax position, the decision as to whether to adhere to words that may not reflect the purpose could fail should these words be amended, or reap handsome tax benefits should this not happen. As with all other tax decisions, the way to go will probably depend on the tax risk appetite of the taxpayer. This aim of this article was to ensure that such a risk decision is an informed one.