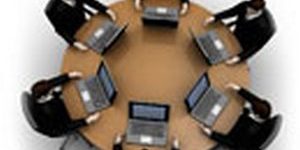 On 3 April 2014, The European Parliament approved the new EU Audit Regulation and Directive, which will require European-listed companies, banks and financial institutions to appoint a new auditor every ten years. This can be extended for a further ten years if companies put their audit contract out to tender before the initial period is up or appoint another audit firm to do a joint-audit.

The subject of mandatory firm rotation (MFR), inter alia, was raised at a recent roundtable discussion hosted by KPMG and economia, the member publication for the institute of Chartered Accountants in England and Wales (ICAEW), as part of a series of global discussions about the value of audit.

The panel believed that South Africa already had in place a number of other mechanisms that addresses audit quality more appropriately than MFR. This includes the statutory requirement for shareholders to appoint members of the audit committee, who in turn have a statutory obligation to nominate for appointment an auditor, after having considered the auditor’s independence. In addition, the South African Companies Act applies a stricter partner rotation requirement of every five years, as opposed to the current International Federation of Accountants requirement of every seven years. This approach to consider the independence and appointment of an auditor on an annual basis, according to Edson Magondo, was a lesson that Europe could learn from South Africa.

Takoordeen felt that MFR would be an unnecessary expense to companies, as the tender process and the appointment of new auditors would require significant investment in management time and resources. “I understand the intention but I don’t think it will be effective and all it will translate into is increased cost.”

Hassan, technical director at SAICA, had concerns about the practicality of embedding MFR and applying the independence requirements per section 90(2) of the Companies Act. “We have lots of other layers of complication, including audit partner rotation and a five-year cooling-off period for firms wishing to be appointed as auditors, where they may previously have provided certain prohibited non-audit services. If you look at the practicality of adding a third layer to ensure independence, it would mean firms having to plan five years ahead to disassociate themselves from a business where they currently provide certain non-audit services if they are planning to bid or tender for an audit within a period of less than five years.”

Professor King was vociferously outspoken against MFR. “I was involved in the discussions in the EU and I’m absolutely opposed. As a director of a company one knows it takes years for an auditor to understand a business. If every predetermined number of years you are going to rotate and go through a tender, first the tender is going to take up time. Second, once you switch, management time will be spent educating auditors. Then after a few years just as the new firm has learned, you get to the de-motivational phase because they know they are being kicked out in a few years. It is laughable and I can’t see any benefit.”

Nombembe felt it was worth asking why the proposals had been suggested. “The environment was irritated by something auditors did and we need to be truthful. That goes back to the conversation about the value and quality of audit, the fundamental anchor of which is independence. We were complacent. Familiarity tends to compromise independence. We should be asking how we continue to enhance our value, independence and objectivity. We need to enhance trust in society, so that what happened before never happens again.”

King and Rodriguez agreed that the motivation behind the EU initiative was to break up the Big Four’s perceived market domination. As Professor King said: “In discussions with Commissioner Barnier I got the impression he had the Big Four in his sights. I left disheartened that his motivation was to get the Big Four to lose work and give it to other firms. And he has caused a bit of havoc.”

Rodriguez agreed: “My understanding is that that was indeed the genesis of this. He wanted to expand the audit market beyond the Big Four to include a Big Six or Big Eight. What is interesting is that mandatory rotation is going to limit the pool of choice and reduce competition. The Big Four will have to pick which clients they want to be associated with for non-audit work and decide whether they would rather play in that space, which is often more profitable, rather than maintain independence in the hope of getting the audit if it should come up in the future. Firms are going to have to make a choice. Do they want to be an auditor or an advisor? When it comes to rotation, choice is going to end up being extremely limited.”

Regardless of the issue of rotation, the panel all agreed with Magondo when he concluded that as an audit partner, a key determinant of quality was leadership. “The tone at the top really determines the quality of an audit and that is key. We continue to emphasise the need to prove that we are independent and are delivering a top quality audit and we are investing in the latest tools of the trade. Data is big and it can overwhelm you. So you need to be able to pick the right data and provide the correct insight when you engage with clients.”

And that ultimately, regardless of which aspects of reporting are under consideration, is what will provide the quality of assurance to investors and other stakeholders. ❐

The need for a full and frank assessment of the future role of the audit profession was highlighted at a recent roundtable discussion at KPMG, Johannesburg. The Value of Audit roundtable, examined how demands from investors and the public for more information and transparency is creating opportunities and challenges for the profession. How can auditors offer assurance on this extra information, much of which is forward-looking and outside the traditional remit of auditors?  To read the full article, please visit www.accountancysa.org.za