ANALYSIS: PERFORMANCE AUDITING WHY EVERY ORDINARY CITIZEN SHOULD TAKE AN ACTIVE INTEREST 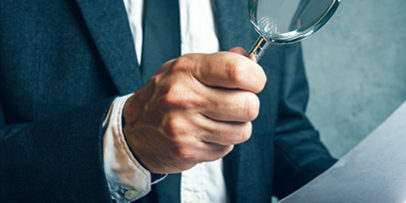 It is crucial that those given stewardship over fiscal resources be accountable on effective execution of their mandates for government programmes to have a positive impact.  Performance auditing is one weapon that can achieve this

This is all part of the government’s continued emphasis on ‘inclusive growth’ as enunciated by the National Development Plan, which focuses on social programmes, industrial action plans, agriculture and rural development, skills and training initiatives, as well as investment in housing and municipal services.

As with all budgets, these are big numbers. To the ordinary citizen, the numbers can be overwhelming (and the same is expected for the 2017 budget speech). Indeed – some of us experience a level of alienation to the process. We tend to listen, comment, and then carry on with the more ‘tangible’, perhaps mundane, day to day matters that are within our immediate spheres of influence.

I would argue that we, as ordinary citizens need to shift our perspectives. To leave such vast amounts under the stewardship of ‘those in power’ and hope that things will somehow work out is like the proverbial ostrich-head-in-the sand. For starters, government is a ‘fiscal centrifuge’; channelling funds to the rest of the economy in a manner that directly impacts all sectors of the economy such as banks, mines, insurers, tourism, and the retail sector: its effects are far-reaching. Like it or not, there is an indirect impact on our daily existence, as we earn and spend our money.

Performance auditing is a critical weapon that makes those given stewardship over such vast fiscal resources accountable for how effectively they carried out their mandates. Sometimes referred to as ‘value for money auditing’, performance auditing can be defined as ‘an independent auditing process to evaluate the measures instituted by management to ensure that resources have been procured economically and are used efficiently and effectively’.2 The three keywords are ‘economy’, ‘efficiency’ and ‘effectiveness’. All three of these keywords point towards obtaining the best possible outputs with the available resources (financial, human or otherwise). Performance auditors ask the question: has the organisation utilised the right quantity of resources to produce the most optimal results at the right time, and at the lowest possible cost?

In South Africa, public sector performance audits are performed by the Auditor General South Africa (AGSA), which is the Supreme Audit Institution (SAI) in the country. They are regulated by the Public Audit Act 2004. Unlike financial statement audits, or audits of predetermined objectives, performance audits are discretionary. However, a lot of effort is placed on the process to identify audit topics. Potential topics are assessed through a range of pre-determined criteria, with points allocated to each topic based on scoring on each criterion. The topics with the highest scores would then be selected. Such criteria would include (not an exhaustive list):

The objectives and approach of a performance audit differ significantly from that of a more traditional audit engagement. As already mentioned, a performance audit focuses on selected areas where there may be elevated risks that economy, efficiency and effective use of resources has not been practised, with related adverse consequences for those who rely on, or are affected by, the outputs and outcomes of the organisations or programmes concerned. Recommendations to improve performance are an added outcome of the audit process. In addition, a performance audit is not limited by the boundaries of a financial year but rather focuses on a specific government policy, programme or management process.

Government programmes, policies and projects have the potential to make a great impact on the daily lives of ordinary citizens. It is not only crucial that those in positions of authority be held accountable, but also for the outcomes of these audits to be read and understood by the general citizenry. Not many people are aware that the AGSA provides free access to its performance audit reports on its website.

Here are some interesting statistics:

Imagine being part of a process that makes it possible for children to travel to and from school daily who might otherwise not have that opportunity?

It is every able citizen’s responsibility to take a keen interest in our national budget, even if it is at a high level. Gaining an insight into how our national funds are apportioned allows us to understand the philosophies and priorities that drive our leadership, but we should not stop there. Tracking the actual performance of key government programmes and projects gives us an insight into how effectively our national funds are managed; a part of being active, rather than passive, citizens.

We live in a democracy where we have the power to voice our opinions and act in ways that can effect change: let us take advantage of those opportunities to effect change.