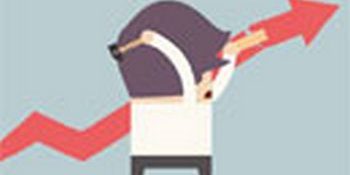 Although milestones have moved a number of times, the Solvency Assessment and Management project is nearing the end of the development phase and implementation is set to begin. Matthew Brinckmann and Kerry-Anne Forster give an overview of the process

Four years ago the Financial Services Board (FSB) initiated the Solvency Assessment and Management (SAM) project to establish a “Solvency II equivalent” risk-based supervisory approach for the prudential regulation of South African long-term and short-term insurers.

The development of SAM has involved significant resources from both industry and the FSB: over 110 discussion documents have been published to date, two Pillar I quantitative impact studies (QISs) have been completed (with a third, QIS3, currently under way), a Pillar II readiness assessment has been conducted (with a follow-up currently under way), and draft Pillar III reporting templates have been designed.  While the commitment of all stakeholders involved is to be applauded, many will admit that getting to this point has not been an easy task. In addition to mediating differing stakeholder viewpoints, SAM is being developed against a backdrop of significant local and international regulatory change. Despite these complexities changing the context in which SAM will be implemented, the FSB is now standing firm on the 1 January 2016 implementation date (confirmed in the recent FSB 2014 SAM update) and insurers should not expect this milestone to move.

With the SAM development phase nearing the end, 2014 is considered the landmark year for SAM implementation. A number of incrementally onerous milestones lie ahead, but the FSB’s intention has always been to implement SAM in a phased approach.

Phase 1, dating from 2011, prescribed the interim measures for the valuation of assets and technical provisions and the calculation of capital requirements for short-term insurers.

Phase 2 prescribes further interim measures relating to governance and risk management, and to group supervision. As part of this phase, the Insurance Laws Amendments Bill (ILAB) was initially intended to amend the Long-term and Short-term Insurance acts. However, given that ILAB is unlikely to be considered prior to the 2014 rising of parliament, the enhanced governance and risk management framework requirements will now be implemented through a board notice (to be released for comment by June 2014, for implementation by 1 January 2015) and group supervision through the Twin Peaks Bill (effective date yet to be released).

Phase 3 is the final SAM framework and is intended to take effect through the implementation of a new Insurance Act that will replace the current South African Insurance Acts. The new Act will consist of primary and subordinate legislation, including transitional arrangements. Finalisation of it is only expected in 2015. Certain policy issues and other matters still need to be finalised before the framework can take effect. These include:

•         The analysis of the QIS3 results, due in May 2014, would assist in making decisions on the outstanding Pillar I issues.

•         The Pillar II readiness follow-up review will provide further information to help finalise the Pillar II component of the framework.

•         The Pillar III reporting templates which will require continued work between the FSB and the insurance industry to finalise.

•         A feedback document based on experience gained from the internal model approval process work performed to date that is to be published by the FSB shortly.

•         A planned reinsurance discussion document that will provide more clarity on the treatment of reinsurance within the SAM framework.

•         The economic impact study will provide an overall review of the SAM developments in order to determine whether any further changes or transitional measures are required. A feedback report was expected in May 2014.

•         The tax dispensation for SAM is yet to be established. To date, the working assumption of the SAM governance structure is that the “four funds” approach will continue.

Moving to implementation, the actual roll-out of SAM begins on 1 July 2014 and continues to the end of 2015. Implementation will entail a two-phased parallel run:

•         A “comprehensive” phase (including a mock Own Risk and Solvency Assessment, ORSA) to be conducted throughout 2015

The “light” phase will be based on QIS3 with some simplifications, with reporting required on summaries of the quantitative reporting templates (QRTs) developed to date. The comprehensive parallel run will require the completion of the majority of the QRTs, as well as a mock ORSA.

In the midst of the SAM project, the South African Reserve Bank is in the process of shifting to a new Twin Peaks regulatory regime. A revised second draft of Twin Peaks legislation is to be released after the elections and the regime is expected to come into effect by the end of 2014. Twin Peaks establishes two new regulatory authorities: the Prudential Authority within the SARB which will be responsible for the oversight of financial soundness and the Market Conduct Authority which will be responsible for the conduct of business of insurers.

In addition, there are various other regulatory developments that will impact the local insurance industry, for example Treating Customer Fairly (TCF), Retail Distribution Review (RDR) and other tax changes.

The implementation date for Solvency II is set for 1 January 2016. Given the above developments, this is now expected to be the final date. Following agreement of the Level 1 changes, attention has now moved to Level 2 (comprising Delegated Acts and Implementing Technical Standards).

At the global level, the International Association of Insurance Supervisors (IAIS) is developing a Common Framework for Supervision of Internationally Active Insurance Groups (IAIGs), referred to as ComFrame. As part of ComFrame, the IAIS is committed to pursue a global capital standard for IAIGs, termed the Insurance Capital Standard (ICS). In order to test the development of the ICS, the IAIS is currently conducting field testing with approximately 30 IAIGs. The FSB is involved in the development of the ICS and the initial principles of the ICS are aligned with the principles underlying the SAM framework.

Insurers need to be preparing for SAM implementation, but this is more easily said than done – while the FSB has recently expressed a commitment to produce specifications for the light parallel run in May 2014 and to have a finalised set of annual solo QRTs by mid-2014, final requirements for SAM reporting are still not set in stone. For example, significant work is still required for matters such as insurance group QRTs; qualitative reporting requirements; splits between public and private reporting, and between annual and quarterly reporting; and also external audit verification requirements. What is clear is that the disclosures (public and private) will be significantly more than the current requirements and that during the parallel runs, existing reporting will need to continue.

Though these requirements are not yet all clear, given the limited time available, some insurers are considering re-designing processes and systems in order to ensure that there is sufficient capacity and control in their financial close process and that systems are able to produce the data that the SAM QRTs will require. We also expect to see insurers starting to consider alignment with potential IFRS4 Phase II requirements.

We are hoping for some guidance on these issues soon – in the meantime, insurers have much to do. SAM development has been the focus of the industry for the past four years; now with the implementation date clearly in sight, the hard work really begins! ❐

Author: Matthew Brinckmann is an associate director at EY and Kerry-Anne Forster CA(SA) a senior manager, also at EY