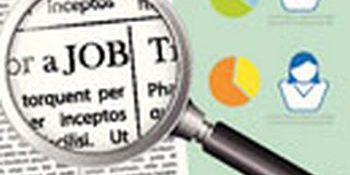 Unemployment has been and remains one of the biggest challenges that South Africa faces. A youth wage subsidy has been on the cards for a number of years as a means of resolving this problem to some extent. The Employment Tax Incentive Act 26 of 2013 (the Act), which was promulgated on 18 December 2013 and came into effect on 1 January 2014, is the product of the youth wage subsidy debate. In essence, this legislation entitles an employer who employs a person who is of strategic importance to promoting increased employment in the long run to an incentive that really amounts to a portion of the employment cost being shared by the state. Aspects of this legislation are discussed and contextualised below.

MECHANICS OF THE INCENTIVE

The incentive is only available to employers in the private sector who are registered for purposes of employees’ tax under paragraph 15 of the Fourth Schedule of the Income Tax Act 58 of 1962 (the Income Tax Act). The incentive is settled in the form of a reduction in the employees’ tax withheld by an employer that has to be paid over to the South African Revenue Service (SARS) (to be indicated on the EMP201 declaration). The portion of the employees’ tax that an employer has collected, and which does not have to be paid over to SARS, is a mechanism through which the state contributes towards bearing the cost of employing qualifying employees. Sections 9 and 10 of the Act make provision for employers who would be in a net refund position as a result of the incentive (that is, employers who are entitled to a greater incentive amount than the employees’ tax withheld, which is a scenario that may occur in industries where a large number of low-income-earning employees are employed) to roll this excess forward and have it paid out to them during the month in which the half-yearly PAYE is reconciled. The payout mechanism is contained in section 10 of the Act. This is the only section of the Act that is not yet effective and has the result that these employers would, as it stands currently, not benefit from the incentive scheme. It would be worthwhile for employers who are in this position to keep an eye on the developments taking place around the time of the mid-year PAYE reconciliation.

The level of wage payable to an employee, the characteristics of the employee and the nature of the employment relationship all impact on whether an employer is entitled to the incentive in respect of an employee or not.

Level of wage payable to an employee

An employer is entitled to the employment tax incentive in respect of qualifying employees who earn a wage equal to at least the amount payable by virtue of a wage-regulating measure applicable to the employer or, in the absence of a wage-regulating measure, R2 000 per month. For these purposes, wage-regulating measures are sectoral determinations as contemplated in the Basic Conditions of Employment Act 75 of 1997 and collective agreement or binding bargaining council agreements as contemplated in the Labour Relations Act 66 of 1995. Employers who claim incentives in respect of employees who do not earn this minimum wage risk being exposed to a penalty equal to the amount of the incentive claimed.

Characteristics of the employee

Employment of three broad categories of employees would entitle an employer to claim an incentive:

A qualifying employee must be in possession of an identity card, which can only be issued to South African citizens and people who are lawfully and permanently resident in South Africa, or an asylum seeker permit issued in terms of the Refugees Act 130 of 1998.

The intention of the legislation with the 1 October 2013 employment date is clearly only to reward employers for employing new employees. It is interesting to note that section 6(e) of the Act does not refer to the first time that an employer employs an employee, unlike the wording used in certain other incentives available in tax law, such as section 12C allowances in respect of manufacturing equipment. It is therefore submitted that an employee who was employed by an employer before 1 October 2013 but leaves the employment of the employer and is employed again by that same employer after 1 October 2013 would arguably entitle the employer to an incentive. This appears to be in complete contradiction to the purpose and spirit of the Act, but is an area that may cause debate if not clarified by the legislature. Similarly, an employee who fills an existing position vacated by another employee will also entitle the employer to an incentive.

For purposes of the Act, an employee is defined as a natural person who works directly for another person and who receives, or is entitled to receive, remuneration from that other person. Even though the purpose of the Act must arguably be to encourage long-term employment, this definition leaves the door open for an employer to claim an incentive in respect of a person employed on a short-term contract, for example an internship, provided that the person receives remuneration as defined in the Fourth Schedule to the Income Tax Act . This definition includes wages, which could mean that a person who is employed for a few days but who earns a wage could entitle the employer to an incentive.

Domestic workers (as defined in the Basic Conditions of Employment Act) and independent contractors do not entitle an employer to the incentive. The term “independent contractor”, as used in the definition of “employee” in section 1 of the Act, is not defined. It is submitted that a number of meanings that may appear valid in the context of the incentive can be attached to this term. As the incentive is administered by means of the employees’ tax system, the meaning of the term as contained in the proviso to the definition of “remuneration” in the Fourth Schedule to the Income Tax Act, which also contains a statutory element, could apply. Alternatively, the common law meaning of the term may be relevant. It is submitted that in the absence of a specific reference to the Income Tax Act, the term should be given its common law meaning, as considered comprehensively by SARS in Interpretation Note 17.

Calculation of the incentive amount

The incentive is only available in respect of the first 24 months from the date on which an employer employs a qualifying employee. The incentive amount is determined with reference to a sliding scale contained in section 7 of the Act and is based on the remuneration as defined for employees’ tax purposes (this includes non-cash fringe benefits). The scale is summarised in the table below.

As the incentive amount is linked to the period of employment without reference to previous periods of employment, similar concerns as those raised above regarding people employed for a second or third time by the same employer may exist. Similarly, it is submitted that the two-year benefit period may cause employers to tend to conclude shorter-term employment contracts with employees in an attempt to maximise their incentives while avoiding stepping into the displacement provisions in section 5 of the Act (this is not considered in detail in this article). The loss of skills and experience acquired by employees during the two-year incentive period may be a factor that would prevent such an employee turnover cycle.

A further observation about the rates provided in the table is that there is an inverse relationship between the level of the incentive and the level of the remuneration. The more an employee is paid, the less the incentive (in absolute terms but also as a percentage of the total employment cost). It is submitted that this may encourage an employer to pay reduced remuneration, as it will result in an increased contribution to such an employee’s cost of employment from the state.

The economic decision to be taken

Whether the incentive achieves the desired outcome will to a large extent depend on whether, for an employer, it changes the economic viability of employing another person.

An important aspect of the incentive, which is easy to overlook, is that the incentive benefit amount is exempt from income tax (new section 10(1)(s) of the Income Tax Act), as opposed to being a recoupment of staff-related expenditure.

The following example illustrates the calculation that employers would have to perform to determine the full benefit of the incentive: EmployerCo employs Person A (aged 25) for the full 2015 year of assessment. EmployerCo pays Person A remuneration of R3 000 per month. The employer’s cash flow calculation for the first year of employing Person A is as follows:

It must be borne in mind that this example shows the cash flow effect in the first year of employment, the time at which the effect of the incentive is at its greatest.

As pointed out above, the incentive made available to employers may be available in a large number of instances to employers who could use low-income-earning (less than R6 000 per month) employees in their businesses. There are also a number of potential flaws in the legislation from the perspective of encouraging long-term sustainable employment.

The current incentive regime has a 31 December 2016 sunset. If the incentive is to remain in place in the long run, it may be worthwhile for employers to work with government towards achieving the goal of increased employment and, while making optimal use of the incentive, employ in the manner intended by the spirit of the legislation despite some potential imperfections that the first version of the Employment Tax Incentive Act may have.