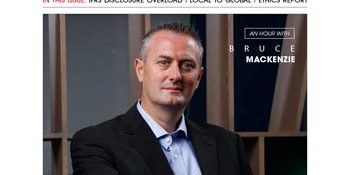 The secret to happiness

If you could invest in your future happy and healthy self today, where would you put your time and energy?

For most of us, happiness is one of the most important goals in life. But do you know what will really make you happy? This question was posed to millennials in a recent study, and they were convinced that being rich (or being famous) would make you happy.

Maybe it’s part of the lives we live today … from all corners were are being told to lean into work, to push harder, to achieve more … Society dictates that in order to have a good life, these are the things we should go after.
But, according to a study Harvard did on adult development over 75 years, it’s not fame or money that will keep us happy (and healthy). Psychiatrist Robert Waldinger explained in a talk the outcomes of the study that started in 1938 and that tracked the lives of two groups of men. The first group was made up of students that had just finished their studies at Harvard and the second group comprised teenagers from one of the poorest areas in Boston. Researchers studied and surveyed all aspects of their lives over seven decades, including the quality of their relationships, job satisfaction, social activity, and health (medical reports were available, and blood tests and even brain scans were done). The men also monitored while they interacted with their communities, friends and families.

What lessons do you think were learned? It’s not surprising that none were about fame, money, or how to work harder. But, the researchers came away with one major finding: good relationships keep us happier and healthier. And three key lessons were pointed out:
• Social connections are really good for us. People who have good and close relationships with their families, friends and communities are happier and healthier that their less social counterparts. They also tend to live longer.
• It’s the quality of your relationships that matters the most. People who were in constant conflict with others and argued a lot were more unhappy and unhealthy that the rest.
• Good relationships don’t just protect our bodies but also our brains. People who had relationships in which they felt they could count on each other had better brain function and memories.
Do the same rules apply today? How could we give more time and attention to relationships today? Maybe it can be something simple like replacing screen time with real people time. Or to reach out to someone else, or to be someone your friends, colleagues or family can rely on.
.Remember that a good life is built with good relationships.