Can South Africa learn lessons from the mega mistakes of Eskom’s mega projects? 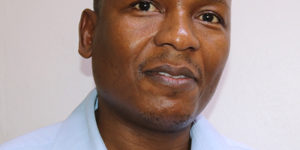 Kusile and Medupi power stations continue to come under fire as poorly managed and ill-designed, remaining years behind completion dates amidst drastically rising costs that now stand at R300-billion, by conservative estimates. Despite being the most expensive projects in the world, these stations are reportedly failing in reliability, achieving a 40% rate at best.

In planning, Kusile power station, situated in Mpumalanga, would have six 800-megawatt coal-fired generating units to generate a total capacity of 4,800 megawatts.  The project was expected to come on stream in six years, but by then had only synchronised the first unit in December 2016.  Full commercial operation of Unit 1 was reached in August 2017.  Although the commissioning of all 6 units is anticipated by 2021, it is highly unlikely.

The year 2008 marked South Africa’s introduction to load-shedding which created a wave of urgency to begin Kusile’s development in haste.   In retrospect this was the first warning sign, the consequences of which would only emerge some time later when it was discovered, amongst other design defects, that the site’s geotechnical aspects (the branch of civil engineering that considers the behaviour of earth materials) had not been properly examined, resulting in flawed reports; potentially as a result of an accelerated process.

In 2011, the Export–Import Bank of the United States (Ex-Im Bank) approved a $805.6-million loan to Eskom to finance a US-based company to be their execution partner on Kusile to provide planning, engineering and design services, construction and contracts management, claims and procurement management, and health and safety management services.

Early on a question mark began to form over the international team’s capabilities – another important warning sign – but it was a number of years before the company was quietly downscaled.

Insiders at Kusile suggest that a lack of satisfactory project controls became apparent early on in the project (inter-related areas of schedule, cost and scope).  For example, the baseline schedule; the immovable reference that enables an accurate variance to be established between planned and actual time and cost, was found to have been revised numerous times.

With over 50 contractors expected to converge on the Kusile development site project, experienced project management would be required to manage multiple overlapping tasks and timelines.  It would also be expected that built-in contingencies to mitigate the risk of delays would be an important feature of the project management.

Yet as delays began to creep into Kusile, the sequence of work backed up (another warning flag) and a number of contractors found themselves unable to access the site on their contractually agreed start dates.  The contractors were entitled to begin charging Eskom from stipulated start dates, regardless of whether or not the work had been initiated.  Consider that contractors themselves, with their own supply chains, would have begun to incur costs from capital equipment hire, labour costs and other materials and resources provided by sub-contractors.

Control over the essential aspects of Kusile began to unravel, and Eskom’s project teams were faced with multiple issues on all sides, including a significant number of contractor claims made against the utility.  Root causes stemmed from inadequate planning, poor engineering designs and interface issues leading to cost and time implications and delayed or no access to the site.

An unforeseen cost was contractor claims for the storage of overseas-manufactured equipment that could not be brought onsite as a result of delays.  Such equipment had to be stored offshore or in local storage by the contractor including preservation and testing, a costly undertaking.

The site was complex and dynamic.  In addition to the number of contractors and sub-contractors involved on site, a large number of consultants were hired to deliver solutions for personnel productivity, who failed to meet their mandates.

Insufficient stakeholder management eventually led to labour unrest; yet another project shortcoming that had expensive and time-consuming consequences.

Solutions to the red flags

My view is that one of the main problems with mega projects such as Kusile, is that Eskom issued numerous tenders and had to manage diverse contractors.  Instead, one tender should have been issued for an Engineering, Procurement and Construction (EPC) contract.

The EPC contractor is made responsible for all the activities from design, procurement, construction, commissioning and hand-over of the project to the end-user or owner.  It is up to the EPC to issue other local scopes to sub-contractors and ensure management of local stakeholder skills.

If roles and responsibilities are not absolutely outlined in comprehensive contracts, grey areas can lead to disaster.  As Deputy President David Mabuza told Parliament recently, the contracts for both Kusile and Medupi were poorly structured.  The result was that Eskom had to carry the cost of overruns and frequent delays in the building of the two vast power plants with no penalties levelled at the partners.

If an expensive international executing partner is going to be used, a rigorous due diligence is essential and should include lengthy discussions with previous clients and other industry stakeholders.  There should be a visible track record of successful delivery in other jurisdictions besides their own, as well as a comprehensive skills transfer plan developed and adhered to, with the executing partner’s input scaling down as the project progresses.

Geographical context and ways of working are also worthy of consideration.  Eskom’s international execution partner proved unable to work seamlessly with the local team.  In addition, there appeared to be little investment by all major parties into developing an understanding of local contractor and labourer needs.

Finally, delays are early-warning symptoms of the deeper malaise.  Contractors denied access to the site at their start dates was a red flag pointing to the serious overruns that would ultimately lead to significant cost implications and contractor disputes.  Comprehensive scenario planning, accurate scheduling and ongoing analysis can pre-empt, resolve or escalate the reason for the delay.

In February, Eskom general manager for group technology Titus Mathe reportedly stated that R8-billion would be needed to fix the design defects at Medupi and Kusile.  If defects had been addressed during contract stage (which includes a defect period) this sizeable cost could have been avoided.

While the design flaws are a highly significant aspect of Kusile, a cautionary note is that this is not the only reason for the project’s shortcoming.  There are other critical contributing factors, such as hasty and insufficient scoping, inadequate risk management and poor interfacing and stakeholder management.

If these lessons are not taken into account, future mega projects on this scale in South Africa will fail to deliver better outcomes.