CA(SA) Profile: Even an ‘average’ student can achieve the ‘extraordinary’ 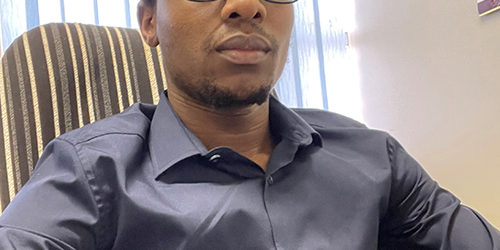 You do not necessarily need to be a top student at school or at the beginning of your studies at university to progress from there to become a lecturer. Indeed, with the Thuthuka bursary team behind you, as well as the support of family and teachers, even those who start out as ‘average’ learners can rise to surprisingly high levels. This was the case for Chartered Accountant Celumusa Mkhabela (27), who joined KwaDlangezwa, the main campus of the University of Zululand (UNIZULU), as a senior auditing lecturer this June.

Celumusa grew up in the rural area of Ndabayakhe outside Empangeni. His mother was his main influencer when he was a young boy. ‘I remember when we were in Grade 7, she would make my twin sister and I compete in terms of our marks at school. The incentive for us to do well was that we would go to the new high school in town − which is how we both got to attend Old Mill High School.’
‘In high school I was just an average student who achieved pass rates of between 48% and 70% for my subjects. But things started to change when I was in Grade 11. I started to excel in my studies. I made it to the top ten at school.’ This is an impressive feat as Celumsa took all the subjects for the full science stream, with accounting and business studies as additional subjects. He even helped his peers understand their accounting and physical sciences work. The reason why he did this was because while growing up ‘all I wanted was to be a teacher. I used to teach my imaginary students at home when I was alone. My second career choice was to be an electrical engineer. Being a chartered accountant (CA(SA)) was never in my plans early on. I was not even aware of the chartered accountancy career or what the designation CA(SA) meant,’ says Celumusa.
By the time that Celumusa reached Grade 11, he had changed his mind and knew he was heading in the chartered accountancy direction. At the same time, he also had to cope with the grief of losing his mother. ‘After she passed away, I no longer had a single influencer, but most of my teachers at Old Mill were supportive and pushed me hard to do well.’ A major stumbling block in his way to study after matric was funding. ‘It is thanks to my high school teachers Nonjabulo Mgabhi and Muzi Ngema that I decided that I wanted to study to become a chartered accountant. With their help, the finance obstacle was resolved, because they did everything they could to assist me to do well enough to qualify for funding.’
Celumusa relates how, in January 2013, he received a call from Xolela Sohuma, who was the project manager for Thuthuka at UNIZULU. ‘He told me that I had received a Thuthuka bursary to do BCom Accounting at the institution. I was excited that I finally got funding, but I had a problem with going to UNIZULU, because it was just 10 km away from where we lived, and I wanted to study at a university further away from home. But my teacher, Nonjabulo Mgabhi, sat down with me and convinced me to take this opportunity. Today I’m grateful that I did.’
Once he started studying, he soon found that he had made the right decision. ‘I met students who were smarter than I was. Some achieved 100% in some subjects – and this pushed me to learn from them so that I could reach my dreaming of becoming a CA(SA) one day.’ Despite this desire ‘I was an average student until, in my second year, I started to put more effort into my studies. I soon saw a big change in terms of my performance.’
One of the most important features of Celumusa’s Thuthuka experience was the role of his mentors, and he gratefully acknowledges the advice they offered. ‘My mentors would emphasise the importance of having a broad range of skills, including presentation skills.’ He adds: ‘One of the people who was most influential in helping me was Lethukuthula Mkhize, SAICA’s regional project manager for transformation and growth in KwaZulu-Natal. By sharing his leadership skills, he helped me to grow as a leader. He believed in me, pushed me to work hard, and made me realise that it was possible for me go to the University of Cape Town (UCT) after UNIZULU to do my honours degree.’
Celumusa praises the fact that the Thuthuka mentorship did not end when he graduated from UNIZULU but continued when he went to UCT to continue his studies. ‘Our mentors were people who were doing their master’s at UCT.’
Thuthuka had a major role in getting Celumusa to where he is today. ‘If I had no Thuthuka support as a student, I would have gone to bed with a hungry stomach: while I was studying, nobody in my family at home was working. Without Thuthuka there would have been no financial assistance for my studies and as a result I doubt that I would have become a CA(SA). I also thank them for encouraging me to develop my leadership skills and helping me to grow a positive attitude.’ He adds that the same is true for most of his friends at university: they also ‘came from disadvantaged families and Thuthuka assisted them to realise their dreams’.
Celumusa qualified as a CA(SA) in December 2020, and today he is excited about his job as senior lecturer at UNIZULU. He wants to continue his studies and his dream is to obtain a master’s in accounting. He also wants to ‘give back’ by helping his students to realise their own dreams of becoming CAs(SA). After all, says Celumusa, ‘having once been an average student myself, I have a good understanding of the challenges on the road to success and I look forward towards helping them understand the concepts they need to master when taking on a career in accounting’.
His advice to young people wanted to pursue the CA(SA) route is as follows: ‘When you decide to become a chartered accountant, it can be daunting, and even seem impossible until you’ve actually reached the goal. However, whenever you feel demotivated, look back and keep going! The whole CA(SA) journey is like a roller coaster. But, if you remain focused and motivated and put in all your efforts, with clear direction from mentors, peers, family and friends, even an average student can achieve the extraordinary.’
Author
Lia Labuschagne 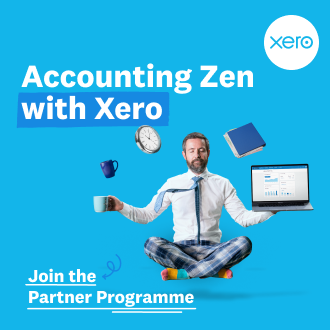