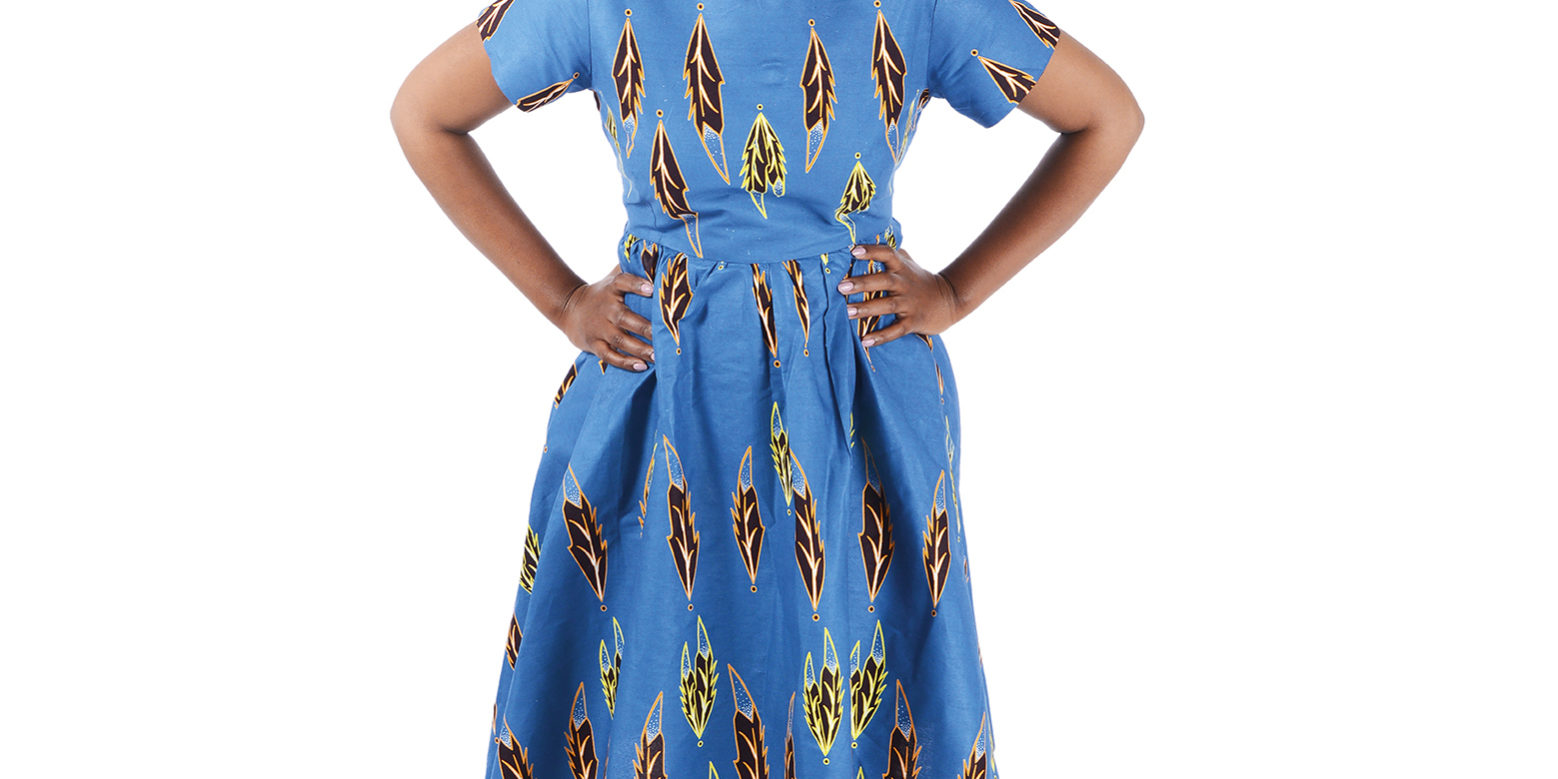 Refilwe Matenche always knew she had a keen interest in business, but when she registered at Rhodes University it was for a Bachelor of Science degree. As fate would have it, she took accountancy as an elective because, she says, that’s what all the cool kids had signed up for.

Having no accounting background from high school, to her surprise she excelled in accounting the subject at varsity − so much so that her mother had the foresight to suggest a change of degree might be in order. That was followed by a move to Wits University, where she became a tutor in financial accounting and a member of the Golden Key International Honour Society which recognises academic achievement.

After completing her articles at EY in 2011, Refilwe left the world of professional services, venturing into the fashion business and trying her hand at a couple of different ventures. But it was her other great love – academia – that drew her in and she became a senior lecturer in taxation at Unisa, where she also completed an Academic Qualification Improvement Programme aimed at increasing the number of academics with master’s and PhD degrees, especially those from designated backgrounds.

Never one to keep still for long, she is working on her master’s degree, her thesis focusing on what influences black chartered accountants’ decision in pursuing a career in tertiary education. During this period of her studies, Refilwe created a small WhatsApp group that was to change everything.

‘I noticed that when women meet, they talk about everything except business,’ she says. ‘When men get together, they talk about everything including business. That used to tick me off. These days, there are a number of women are in influential positions, yet we do not support each other when it comes to sponsoring or making recommendations. Why are we not deliberately growing each other? That’s when I decided to create a group of women who are allowed to brag about what they do and to assist others – whatever space the members are in they have to consciously be thinking about how they are going to assist other women. I called a few friends and asked them to join in the movement of starting the culture of women empowering each other. Within a month, the WhatsApp group had over 200 people and the African Women’s Movement was born.’

That was in September 2016. Refilwe has made it clear that to join the group, prospective members have to provide an overview of what they do so that everyone knows who can contribute where. She was quickly astonished at how accomplished the first group members were. On board she had CAs(SA), doctors, lawyers, engineers, actuaries and entrepreneurs with expertise in all sorts of areas.

‘We now have some members who are just starting out, we have many middle managers and an impressive number of professional black women who are at the top of their game,’ she says. ‘And when I say professional, I mean people who excel at what they do and who have a solid track record, whether they are makeup artists or surgeons. It’s not about degrees, it’s about being an expert in your field and having a passion for openly supporting and lifting other women up.’

Today, that WhatsApp group is called the African Women’s Movement (AWM). It has grown by word of mouth and numbers more than a thousand members. They share stories, experiences and wisdom and, in Refilwe’s words, ‘they have an answer for everything’.

Registered as a non-profit organisation, AWM is built on collaboration, entirely volunteer-driven and dedicated to ensuring that women are included in the economy. Refilwe aims to grow it into a major network for young women professionals in Africa, and to leverage the collective skills and relationships of its members to build and support other young women, all with the objective of increasing the number of women in key leadership roles of influence and power. AWM has worked with the likes of the Black Management Forum (BMF), and is in talks with the African Women Chartered Accountants Forum (AWCA), and the Association of Black Accountants of Southern Africa (ABASA).

‘We are open to collaborating with investors, companies, government and any other organisations that want to help young women recognise and most importantly take advantage of opportunities available to them,’ she says. ‘We are active and we are positive about connecting young women to opportunities in the most innovative and exciting way. AWM has partnered with the 30% Club whose Chief Executive Officer, Collen Larsen, is now  the organisation’s adviser. Other advisers include Yvonne Chaka Chaka, Dr Kris Marsh of the University of Maryland, Hawa Charfaray the founder and CEO of Training Excellence, Advocate Brenda Madumise, Rwandan-born Mireille Karera, and  the former CEO of the Black Business Council (BBC), Mohale Ralebitso – all astute businesspeople.

One initiative she is truly excited about is an upcoming conference in Rwanda to which she and her deputy have been invited by Rwanda’s ambassador to South Africa, Vincent Karega. It’s a precursor to Africa Month in May next year, when AWM will send 15 members to the Central African country – which is number one for women in politics and overall progressive gender equality policies − on a learning expedition.

‘Women hold 64% of seats in the lower house of Rwanda’s national legislature, the largest share of any country in the world,’ says Refilwe. ‘We have so much to learn about gender equality from this small nation and about how we can drive greater participation of women in economic spaces here at home.’

She’s concerned that society does not address the needs of South Africa’s professional females, who are often seen as OK and must basically take care of themselves.

Time for women to design a space that talks to them

The reality, Refilwe says, is that young female graduates enter the professional world with technical skills and not much else. ‘They need mentorship, coaching, self-development programmes, and guidance to unlearn some of the influences of patriarchal society. Think about it – when a young woman enters the workplace for the first time, she has to deal with a number of alpha males who are not interested in “playing nice”. What happens is that the women who realise that playing nice doesn’t work end up acting like men to get ahead, while the others get stuck at middle management level. Why are we allowing this? The environment we are operating in is one that was designed by men a long time ago and even though women are in the majority, we have not made concerted efforts to change it. It’s time to say no, this is not working for us. We need to reassess if we want to prepare women to occupy leadership roles of influence and power.’

She’s also looking to the achievements of Scandinavian countries that consistently stand out in the World Economic Forum’s annual Global Gender Gap Index, which measures how well countries are doing at removing the obstacles that hold women back, making them useful as both role models and benchmarks. These are countries that measure how equitably income, resources and opportunities are distributed between women and men. Part of the issue in this country, she says, is the disconnect between government, where the wheels turn slowly, and professionals who want change to happen quickly. AWM aims to give more women the tools and tactics to drive economic success in South Africa, and across the continent too.

Refilwe does not have much time for people who don’t want to play the corporate game, in which advancement is achieved through collaboration and alliance building.

‘We are in the process of rolling out a training programme that motivates young black people to look beyond their immediate goal of having qualified as a doctor, lawyer or CA(SA), engineer and so forth to realise that’s just the beginning. Networking is every- thing when you play the game properly. You can’t resist to actively partake in networking functions and then wonder why the person next door to you gets all the good clients and you don’t. Focus on yourself and your goals, and remove all the noise that distracts you from your key objectives.’

She’s outspoken too about her dislike for people who complain without the creativity of backing it up with a practical solution. It might be a bit of a cliché, but she believes there’s a lot of truth to the power of thinking positively. It’s when you feel challenged, she says, that you have the opportunity to be a beacon of light for others around you.

‘Complaining without end does not focus on creating solutions; rather, it perpetuates and magnifies the problem, wasting everyone’s time and energy. Constructive conversations about what is working for you – and what’s not – are far more empowering.’

Although she’s just 33, Refilwe’s has also learnt the value of not spreading yourself too thin. A fashionista at heart, she admits she had to make a choice because trying to do too much simply doesn’t work.

‘I used to be all over the show, doing too many things and getting nowhere. Then I began meditating and completing a series of personality tests, all with the aim of investigating ‘me’ and what I really wanted to achieve. By design, I am interested in so many different things. It has been vital for me to learn more about my strengths and weaknesses, and to make some tough decisions about my other interests. Homing in on my career has been invaluable. I like to lecture, I love research, and academia is my passion. Together with my leadership of AWM, I am where I want to be right now and I have more control over my life than ever before.’