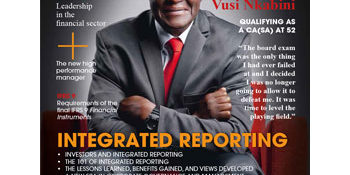 Everyone starts out as ordinary. They do the things everyone else seems to do. Then, at some point, they decide that’s not enough. Extraordinary people want more, they want to change their destiny, or maybe even want to change someone else’s life. Then they start doing things a little (or a lot) differently. Their decision will turn something ordinary in something legendary.

In the early 1950s, it was believed that it was impossible to run the mile in less than four minutes. Runners have been trying to break the four-minute barrier since the late 1800s, but it seemed beyond reach. So many started to believe it was impossible – the human body could simply not go that fast. Then, in 1954, Roger Bannister ran the mile in 3 minutes 59,4 seconds. A month later John Landy ran even faster, and a year later three more runners broke the four-minute barrier. Today even high school runners break the barrier routinely.

Once Bannister’s time proved to other runners that it was possible, they were able to make the impossible possible.

What you believe is powerful. Once you decide that something is possible, you’re halfway to succeeding. Imagine what the world would be like if Chris Barnard thought it impossible to transplant a human heart; if John F Kennedy considered it impossible to put a man on the moon; if Nelson Mandela believed it wasn’t possible that all South Africans can live in a free and fair society. Could Barack Obama have become the first black president of the United States if he’d considered the quest impossible?

Believing that something is possible is the first step towards reaching your goal. Making a decision to live an extraordinary life is the next step. This month we have the inspiring story of Vusi Nkabini (page 9), who after many challenges qualified as a CA(SA) at the age of 52. We also launch a project to inspire trainees to persist through their training contracts, even though the road to qualifying is hard and difficult. To motivate them we will follow Ivan Zimmermann as he cycles 12 000 gruelling kilometres from Cairo to Cape Town (read more on page 25).