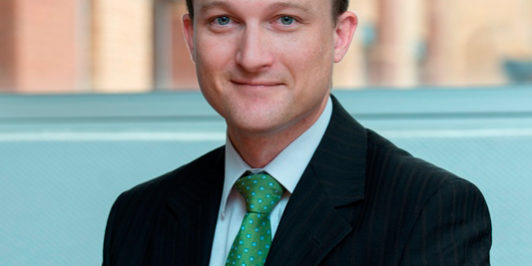 Dividends Accruing To Existing Restricted Equity Instruments to Be Taxed As Ordinary Income
By Dan Foster, a Director at Webber Wentzel

The 2016 draft Taxation Laws Amendment Bill (“Draft TLAB”) and draft Tax Administration Laws Amendment Bill (“Draft TALAB”) were released for comment on 8 July 2016. Section 8C seeks to include in a taxpayer’s income, certain gains and returns of capital derived from equity instruments which are acquired in connection with employment. Section 8C is supported by further anti-avoidance provisions throughout the Income Tax Act.

The overarching intention of the various provisions, once amended, is to ensure that amounts accruing to employees via restricted equity instruments are taxed as ordinary income (at rates up to 41%), rather than as dividends (at 15%) or as capital gains (up to 16.4%).

Equity instruments in this context include shares, options, financial instruments convertible to a share, and contractual rights deriving their value from a share. An equity instrument can be restricted in a number of ways, but most typically in instances where it cannot be freely disposed of at market value, or is forfeitable (e.g. delayed vesting and bad leaver provisions). Amounts currently accrue in terms of section 8C in four scenarios:

Local dividends paid with respect to equity instruments are dealt with in terms of evolving anti-avoidance measures in section 10(1)(k)(i)(dd) and (ii). The former is to be deleted and the latter is to be amended. Capital gains derived via employee share trusts are dealt with in recent amendments to paragraph 80 of the Eighth Schedule.

There appears to be no policy intent to encourage employee share ownership through concessionary tax treatment, or to align the tax outcomes for employee-shareholders with other investors, or to provide any election for upfront rather than deferred taxation. In many ways, this approach has run contrary to the state policy of broad-based black economic empowerment, whereby many companies seek to increase economic participation of black employees through share schemes.

The aforementioned piecemeal approach to taxing amounts derived by employees from equity instruments has long been considered unsatisfactory, with significant scope for both unintended consequences and deliberate avoidance.

A suite of proposals in the Draft TLAB 2016 seeks to make broad and significant changes to the taxation of amounts accruing to taxpayers via restricted equity instruments, in two ways:
Any amount received by or accrued to a taxpayer in respect of a restricted equity instrument shall be included in income, unless
it is a return of capital in the form of a restricted equity instrument (which shall be taxed in terms of section 8C at a future point). Any other return of capital shall be income;
it is dealt with in terms of the revised anti-avoidance rules for dividends, set out below; or
it is a gain taxed elsewhere in section 8C;
Dividends, including the proceeds of a share buy-back in excess of contributed capital, received or accrued in respect of services rendered or to be rendered or in respect of or by virtue of employment or the holding of an office shall not be exempt from income tax (and therefore taxable at up to 41% rather than at 15%), unless such dividends accrue in respect of an equity instrument that has already vested in terms of section 8C. Such non-exempt dividends shall also be included in the definition of “remuneration” for the purposes of withholding employees’ tax.

A number of far-reaching questions are posed by these new provisions, including:
How will section 8C(1A) interact with capital gains tax, for example when a gain or proceeds from a share disposal is vested in a trust beneficiary holding a restricted unit?
How will the provisions impact amounts, including dividends, accruing from rights obtained by employees that were not acquired in terms of section 8C(1)(a) and therefore can never vest in terms of section 8C? For example, pre-2008 trust units.
In what circumstances can a dividend be received “by virtue of employment”, particularly if it is paid to a shareholder? Case law strongly suggests that a direct link to employment is required, and such direct link may be lacking in many arrangements. While this has long been a point of debate, the new provisions bring it into sharper focus.

Both of these amendments, to section 8C(1A) and section 10(1)(k)(i)(ii), are slated to come into force from 1 March 2017. The proposals will impact amounts accruing after that date. Significantly, the amendments will impact amounts accruing to existing restricted equity instruments held by employees, even where such equity instruments were acquired prior to the amendments. This last point emphasises the retrospective nature of the many amendments to section 8C since 2004. Once a restricted equity scheme is within the section 8C net, it is a hostage to fortune in terms of any future anti-avoidance measures, such as these.

Companies who have created existing restricted equity schemes in good faith and in perfect compliance with existing laws will now face the prospect of having to tell staff (not to mention the unions and empowerment trustees) that their dividends will be taxed at marginal rates up to 41%, and not at 15% as expected. As post-tax dividends are often used to fund the scheme, the amendments will tear up existing financial models and sink many schemes.

The crippling uncertainty that these changes cause, for schemes which often last 10 or 20 years, cannot be underestimated. It has proven immensely difficult for companies to successfully fund, administer and maintain compliance in terms of their share schemes, not to mention fulfil their BEE responsibilities, in such a punitive and ever-changing environment.