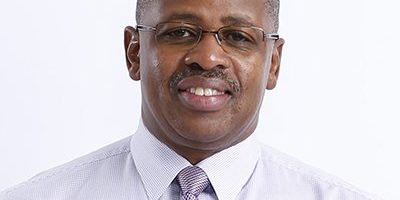 SAICA’s Leadership Summit held on 18 and 19 May revealed key drivers for market change to a range of industry CIOs and chartered accountants. The theme of the two day discussion, including public and private sector leaders, was how to move the economy forward and create sustainable businesses. The event was co-sponsored by global ERP provider SYSPRO.

According to Dr. Terence Nombembe, ex-Auditor General and SAICA CEO, SA has fallen behind in terms of global competitiveness. He said SA’s performance dropped from 49th position out of 144 to 56th position and SA had lost the spot of Africa’s largest economy to Nigeria. Most recently SA dropped further to 3rd largest economy, losing out to Egypt which has now taken its place as the second largest economy in Africa.

Local challenges include a lack of affordability of healthcare, insufficient infrastructure, lack of policy certainty, property rights, and weakened public institutions. He cited corruption as a key contributor to making SA less competitive globally and as often lawyers and accountants needed to be involved for corruption to occur he urged them to draw a line and resist this practice. He also emphasized that state regulations needed to be more user-friendly and implementable to combat anti-competitive practices.

Given the stats of eighty percent of CEOs on the JSE being chartered accountants and 40 000 members of SAICA who were accountants, Dr. Nombembe recommended that SAICA should collaborate with the state in helping to encourage strong financial compliance. He also said innovation and building small businesses was key to drive growth and narrowing the tax gap in SA as more people were on welfare than were paying taxes.

He concluded that media reporting is invariably negative and the media could also help as nation builders by doing their research and reporting in a more positive way.

He posed the question as how we could create positivity out of negativity?

Sunter concluded that SA needs some new scenarios and more positive emotional energy and that the NDP needs some real momentum behind it and a roadshow to promote it properly. Sunter also stated that SA has leadership issues and there is too much focus on politics and ideology.

“After all”, he concluded “you don’t go to the game park to discuss the rangers.”

Identifying global human capital trends Deloitte analyst Trevor Page emphasized that the key attributes of a productive and effective workforce were, “well organized, well trained, well led and well equipped. Yet, in this age of volatility the most important ones, without which no business can survive or thrive, are well led and well trained.”

He further explained that from 1987 to 2008 there was economic growth in a predictable world but since 2008 we have been living in a time of volatility and uncertainty. Traditional business was built for certainty but we are living in a world where uncertainty is ongoing and requires a different business structure.

This is leading to the rise of teams and a start-up mentality in order for companies to be successful. There has been a shift from top down hierarchy to a network of teams to deliver results faster. He stressed that to succeed companies need to hire smart people and then create smart teams to get the best results. These new types of businesses need different types of leaders to shape culture and drive strategy in an always-on and connected world.

According to Daniel Silke, political analyst and market commentator, the global economy is changing with ten key trends identified in his presentation titled Volatility, Risk and Opportunity. These included income equality amidst poverty which showed that the income gap in the USA has more than doubled in the past decade, with the clear majority of national income going to a wealthy one percent of the country. This trend is spiking globally as well. The recent Brexit vote has definitely added to an overall atmosphere of global economic uncertainty.

Secondly jobless growth and youth under-employment is increasing globally and is especially high locally. Thirdly was rising geo-political and economic competition, evident with the passing of the highest global percentage of economic power shifting from the USA to China. Number four is global electorate frustrations and governance credibility which has led to the UK voting to leave the European Union and seeing rising populism both in the USA and South Africa ahead of impending elections.

Fifth is intensifying nationalism and euro-scepticism, especially in the face of the refugee/migrant crisis and pressure to reduce high levels of migration and tighten up border control. Number six is the multiple challenges of climate change and global warming coupled with scarce water and energy for a growing global population.

Seventh place highlights the growing importance of health in an economy, especially in light of longer longevity amidst ageing populations and the cost of this to the fiscus of many countries. By 2025 there will be over one million voters over the age of ninety in Italy alone.

The eighth trend is urbanization which is changing the face of the planet. Silke pointed for example to a city of 32 million people in Chongqing, China and calling it “The biggest city you have never heard of!” He also said that by 2025, fifty percent of Africans across the continent will be urban.

The ninth trend is the rise of Africa. The African population is rising the fastest globally and is also one of the youngest. Finally at number ten is disruption as the new normal, with Uber, Facebook and Airbnb, to name a few, completely transforming their industries with customers voting for convenience, reliability and choice every time.

He said this is the lesson learnt by traditional industries like Mr. Video, overtaken by Netflix, and metered taxis overtaken by Uber, where customers can consume/order products and services from the comfort of their homes.

Barnes said there needs to be a participative economic structure that includes government, business and labor but the obstacle is an absence of a common purpose. He says the future is coalitions in business like the partnering of Makro and Sasol where goods can be conveniently ordered online and picked up at a storage locker in a Sasol forecourt.

Looking to other industry disruptors he said that the parcel business in India had shot up by 37 percent in 2015 as more consumers ordered goods online. He also spoke about his participation in creating an online stock investment site which makes investing easy and user friendly. Twenty percent of the population in Australia have invested in the stock market while only about 200 000 people in SA, out of a population of 54 million, have invested. He also predicted that shopping malls could become redundant and with “democratized lending”, banks will be obsolete in about a decade as more products and services are sourced online.