FEATURE: Staying on the Curve 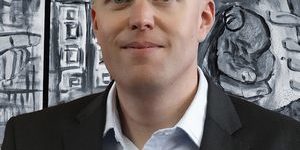 How will the maturation of data science combined with advancements in artificial intelligence revolutionise the role of the CA(SA)? Sven Wüsthoff unpacks technology imperatives for you

BACK TO THE FUTURE

Whenever someone talks about robots taking over the world, most people chuckle quietly to themselves and dismiss the notion in its entirety as politely absurd – something best left to the realms of science fiction and Hollywood.

The reality is, however, markedly closer to realisation. Since Alan Turing, who is widely accepted as the father of modern computer science and artificial intelligence, introduced the world to his ‘computational machine’, science fiction has become a de facto force de rigueur.

Billions are spent annually to help mankind rapidly achieve breakthroughs in every field of theory, study, and application across industries, society as a whole and the global economy.

My point of departure lies in those who would fear it. I don’t. Neither should you. If we are to stay relevant as a profession, we need to understand and embrace technology as a pervasive underpinning of what it means to be a chartered accountant in the 21st century.

Elon Musk recently said he believes machines will take over the world (and not in a good way). He’s a very clever guy, Elon, to put it mildly. Right up there with Marvel’s Tony Stark and Ironman, if you’re a superhero fan. But fear mongering aside, there is an element of truth in what this South African-born visionary is stating. Elon’s own Tesla and SpaceX are currently developing and utilising incredible forms of artificial intelligence (AI) to help power driverless cars and reusable space rockets and more recently even a tunnel-boring machine to help solve chronic inner-city gridlock. They’re accomplishing this by analysing vast amounts of complex data, both structured and unstructured, on a never before seen scale. That’s their unique selling proposition: progress through disruption by harnessing advancements in technology.

There isn’t a profession or industry in the world that doesn’t stand poised for similar levels of disruptive change, accounting included.

I often recall a quote from Eric Shinseki, a US Army General, shared with me by a long-time mentor, a friend: ‘If you dislike change, you’re going to dislike irrelevance even more.’

So where does that leave us? The future of data science and AI lies in how we apply them. Other professions such as medicine are fast out of the starting blocks, exploring how machine learning and deep-learning AI can transform healthcare from symptoms-based traditional approaches to delivering algorithm-based ‘precision medicine’ for patients and practitioners.

We need to look introspectively at our conventional and time-honoured approaches in all spheres of accounting application, daring to pioneer and innovate. The sum of the parts is greater than the whole, but perhaps we need to first understand exactly what these technologies are – and what they aren’t – to appreciate how we can harness and leverage them to our advantage.

Even before Luca Pacioli conceptualised and introduced the modern double-entry accounting system in the 15th century, accountants have been struggling with large volumes of data whether these were initially paper-based and tediously manual or in more recent times, legacy mainframes or enterprise resource planning (ERP) systems.

Janvrin and Weidenmier Watson1 noted that in the last few years, the term Big Data has emerged as the new buzz word. While some claim Big Data is ‘just turning mess into meaning,2’ Gartner3 provides a more official definition of Big Data as ‘high-volume, high-velocity and/or high-variety information assets that demand cost-effective, innovative forms of information processing that enable enhanced insight, decision-making and process automation’. Collectively, volume, velocity and variety are known as the three Vs and imply that vast amounts of transactions are quickly created from a wide variety of sources. Other sources frequently suggest two additional Big Data Vs – veracity and value4. Veracity refers to the data accuracy and reliability (and consequently completeness) while value examines the cost-benefit of collecting data5.

Accountants tend to focus on the veracity and value/cost-benefit of data collection, continue Janvrin and Weidenmier,6  while volume and velocity have been around since the 1990s when enterprise systems (and even some legacy systems) were created to handle the high volumes of transactions and flow of information between companies as business process integration found favour within corporations and global expansion.

If you’ve been keeping track of the maths, that covers four of the Vs, leaving just one: the biggest difference with Big Data is the bigger variety of data.7  This includes data generated externally by a variety of sources including websites, social media, texts, Internet of Things (IoTs), RFID, sensors and others.

We are living in the era where a smart refrigerator can not only monitor the groceries in your kitchen, but automatically initiate an online shop to replenish them if they get too low. Certain models can even ‘phone home’ for preventive maintenance and diagnostic procedures and, where needed, dispatch a technician to service and repair. Think of all the IFRS standards impacted by that single scenario without any human involvement as transaction initiator. Perhaps we are heading towards a future that considers AI-FRS?

Data has always tended to exceed our ability to process, analyse and interpret. Until now, that is.

Moving swiftly along to artificial intelligence, Frank Rosenblatt introduced the world to the perceptron in 1957. Simply put, a perceptron is an algorithm that provides for logic operations. Think of AND, OR and IF statements that are commonly used in formulas to build expressions and queries, except on a much larger scale. Where there are vast amounts of inputs which are generally unknown, perceptrons are used in clusters and layers to mimic the function of biological neurons similar to what is found in the human brain.

We now typically refer to models and simulations that use this approach as artificial neural networks, or ANNs for short. ANNs are an enabler for the renaissance being experienced in machine learning. Collectively, they find their home in the science of artificial intelligence.

Over the next few decades, Rosenblatt’s research, combined with others, formed the basis for postal services around the world to ‘train’ computers to scan envelopes and ‘see’ addresses, ensuring vastly improved mail delivery times and accuracy through digital character recognition.

These early attempts were however severely constrained by technological limits of the time, being a lack of persistent and in-memory storage and raw computational power with which to process large data sets.

It wasn’t until the 1980s that the onward march of Moore’s Law gave rise to the advent of expert systems, the first readily adopted and successful form of AI software. Expert Systems were able to apply human decision-making logic to complex IF, THEN rules and deduce answers in much the same way we would, rather than using procedural programming code.

Fast forward to the present day and the average smartphone has exponentially more computational power and memory than those early pioneering expert systems. So much so that we now have artificial intelligence platforms (or AI ‘engines’) that allow computers to hear, see, write and speak.

Computers that not only hear and see but can write and speak. Let that sink in for a moment.

There are AI engines that can fluently translate the voice of a person speaking English into Chinese at the level of a native speaker, in real time, with a localised accent. Think about that. As the AI engine performs the verbal translation, it also transcribes the conversation.

And seeing as we live in the ‘sharing economy’, even advances such as these are accessible to you and I in the form of downloadable cross-platform apps, providing most of the functionality in the palm of your hand thanks to distributed processing power that leverages cloud infrastructure and robust application programming interfaces, or APIs.

Trans-continental auditing for multinational teams comprising non-native speakers just became a reality: in your pocket. All of a sudden the science fiction gadgets we might have seen in old episodes of Star Trek just became the ‘new normal’.

DISRUPTIVE, TO SAY THE LEAST.

Windows users can already have a Skype meeting with real-time translation in over seven languages. And the more you speak, the better it gets thanks to smart algorithms. But it doesn’t stop there.

As qualified auditors and chartered accountants, the fundamental reason our profession exists is to apply rules and provide sound judgement. Either in the role of an auditor providing an attest function, or a financial professional in commerce required to make informed decisions based on reams of reports and processes. In some form or another, that is our raison d’être; the application of judgement on both knowns and unknowns. But how can artificial intelligence and data analytics help us apply our judgement and can we trust it implicitly? If so, what is the role of the future chartered accountant?

In the next article in this two-part series, I’ll be examining some examples of how auditors and accountants can embrace AI and data as a partner, for both ordinary and complex situations, to drive efficiency and added value. In addition, I will discuss the role of both academics in higher education and the accounting firms, looking at how these two bodies can supercharge their vision and collaboration efforts if we are to educate and instil AI and data science skills for South Africa accounting students and trainees and in doing so, maintain our relevance in a technology pervasive future.

I’LL LEAVE YOU WITH A TEASER.

Can a machine provide an audit opinion? Such an opinion would need to be based on qualitative and quantitative input variables that rely on data-mining techniques to decide if a company’s annual financial statements should be qualified or unqualified.

Accounting and computer science researchers in Tehran, Iran, have recently developed not one but four artificial neural networks (ANN) capable of providing such an opinion with an overall accuracy rate that already approaches 85%, previously unheard of in academic circles and within the auditing profession. The possible benefits to audit quality, monitoring and oversight are immeasurable, especially considering the more reference data is fed into the ANN, the better it becomes.

There is no reason to doubt that through continuous refinements and improvements to the machine-learning algorithms used, this confidence level could be increased well into the 90s.

The concept of ‘reasonable assurance’ may soon give way to a much higher level of confidence, driven by both market and stakeholder expectations, together with enhancements to AI and data science techniques.

My smartwatch tells me it is time stand in order to keep healthy and that it wants me to breathe for one minute to stay focused. The fitness app has just checked the weather and knows it’s sunny outside. It’s now asking me if we’re going running later today because apparently there is no excuse. I’ve told it no before, it almost seemed disappointed. Better go along this time to play it safe.