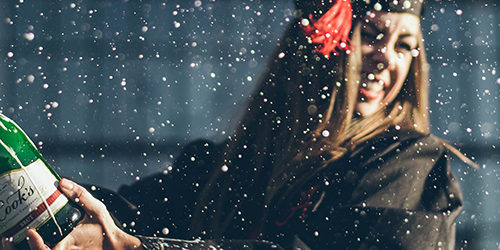 Congratulations to all the candidates who passed

Olivier extended SAICA’s congratulations to successful candidates: ‘Well done, ITC candidates. We know how much time and effort goes in to passing the ITC and know that you will hold the same standards of excellence as you progress in your training contract and work towards the final qualifying exam, the APC. Keep learning, keep trying and keep your eye on the prize! We look forward to celebrating your final success when you to qualify as a CA(SA).’

In January this year, 3 012 aspiring chartered accountants (CAs(SA)) sat for the ITC examination, 2 220 of whom passed. At 74%, the overall pass rate is in line with the past few years, but the real highlight is what the results reveal about the profession’s ongoing transformation achievements.

‘When analysing the results of all candidates including repeats, out of the 1 255 African and 188 coloured candidates who sat for the January ITC exam, over a quarter were funded by SAICA’s Thuthuka Bursary Fund (TBF). These candidates achieved a 76% pass rate, which is slightly higher than the national average. This illustrates just how successful the substantial amount of time, effort and funding the profession directs into the TBF have been in yielding positive results and creating a growing pipeline of African and coloured students coming through the CA(SA) qualification process.’

SAICA recognises that the transformation of the racial demographics of the profession still has a way to go, particularly as it relates to the difference in pass rates between African and white candidates. ‘We acknowledge that as a profession, we have a long way to go to with transforming our overall membership body. This will take many years given that it takes at least seven years to qualify as a CA(SA). While the past statistics cannot be changed (as reflected in the statistics of members over the age of 35), statistics related to those in the pipeline are being positively influenced by various initiatives that are in place. It is therefore important to see the above statistics in relation to SAICA’s current and future transformation initiatives.’

Olivier adds that SAICA is encouraged to see that the profession’s gender imbalances are also changing. ‘Our current membership statistics reveal that one in three qualified CAs(SA) are women, yet just over half (54%) of the ITC January exam population was female. Since women make up just over half of the country’s total ITC population, this means that the profession is getting closer to reflecting the country’s true gender demographics.’

The January 2018 ITC sitting also saw the greatest number of first-time candidates sitting for and passing the exam since SAICA changed the qualifying examination process in 2014 (3 012 in January 2018; 2 633 in January 2017). Out of the 3 012 candidates who wrote this exam, 2 709 wrote for the first time: an increase of just over 500 students (24%) from January 2017. It is pleasing to see this increase as first-time candidate numbers have remained fairly static over the last four to five years. While the biggest contributor to this increase is Unisa, this increase also illustrates the important impact SAICA initiatives such as the full accreditation of the University of Limpopo’s postgraduate degree (CTA) has on making the profession more accessible to all.

What is the ITC and what does it measure?

The ITC examination is the first of two professional qualifying examinations university graduates must pass to become a CA(SA). Written in either January or June each year, the ITC tests the integrated application of technical competence that candidates develop during the academic programme (this consists of a three-year undergraduate programme and a one-year postgraduate programme). This examination assesses how well a candidate evaluates the underlying problems in each scenario and, through logical thinking, applies the theoretical knowledge they have gained at university.

To pass, candidates must obtain an overall pass mark of 50% (and must get a sub-minimum of at least 40% in three of the four professional papers). Yet some candidates excel at the ITC and go on to earn a spot in SAICA’s prestigious top candidate list.

Being named in the ITC Top 10 is an impressive achievement. This selection is limited to the ten top candidates who, to qualify, must obtain a pass mark of 70% or more for the examination. In this sitting, all the Top 10 candidates also achieved honours – meaning they achieved a pass mark of 75% or higher. They are listed in the accompanying table.