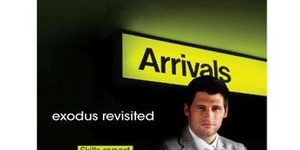 The new year has started with quite a resurgence of obligations, especially amongst our world leaders. US President Obama is committed to overhauling the management of the Troubled Asset Relief Programme, Czech Prime Minister Mirek Topolanek (representing the European Union [EU] presidency) has been hard at work negotiating and managing the terms for Russia to supply gas to the EU, new Thai Prime Minister Abhisit Vejjajiva is cementing democracy in his country after winning yet another by-election, German Chancellor Angela Merkel’s government is introducing an increase in public investment and tax cuts and, in South Africa (SA), Deputy President Baleka Mbete has been forging renewed ties with Sweden to boost foreign investment in SA.

All this amid renewed fighting in the Gaza strip, worldwide protests on account of this, pockets of social unrest in China, and worldwide fraud like the rich have never before experienced. Bernard Madoff, a Wall Street veteran has managed to dodge US SEC investigators for years, while defrauding investors of $50 Billion in a Ponzi scheme.

How did Madoff manage to pull the wool over auditing firms, the SEC, and his business partners? How did the economic crisis creep up on the world? What questions were not asked?

At SAICA, we have been hard at work ensuring that we ask the right questions, and put in place the right types of steps to ensure the profession successfully tackles the challenges brought on in 2008. Read Nazeer Wadee’s Straight Shooting column on page 7, in which he chronicles IFAC’s and SAICA’s response to the economic crisis, and on page 14 we revisit the issue of the skills shortage.

Towards the end of 2008, we ran an editorial broaching the subject of the skills exodus within the profession. We received quite a lot of comments from members, and so we set about placing the entire matter within the context of the profession and SAICA as a whole. So in this issues’ two main cover articles, we tackle part of the research done into the matter, talk to a few young CAs(SA) living abroad, and also we tackle the issues around talent management – all in an attempt to get the profession coming to grips with the skills issue as a matter of extreme urgency.

We’ve already begun to do this through various outreach and research projects, and, please, we encourage you also to spur your firms on to get involved. We’re nowhere near finding one definitive solution to the skills issue. But we are acutely aware of the huge responsibility business has in contributing the absolutely vital knowledge, skills and resources to ensure a sustainable and growing economy.

It is a very long road ahead, but one in which I am sure our profession will lead the way.