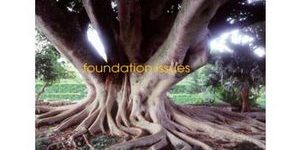 With 33 chapters and an estimated 6.5 billion copies printed, Chairman Mao Zedong’s (Tse-Tung) book, The Little Red Book, during the 60s, was arguably the single most visible icon in mainland China, even more visible than the image of the Chairman himself. In posters and pictures created by the Chinese Communist Party, nearly every painted character, except Mao himself, was always seen with a copy of the book in his or her hand.

And while many may argue that the book’s popularity can directly be attributed to the fact that it was an unofficial requirement for every Chinese citizen to own, to read, and to carry it at all times, during the latter half of Mao’s rule, no-one can escape the reality that Mao’s work has greatly influenced the economic and political structures of his time and ours.

He famously criticised Joseph Stalin by saying that Stalin ‘emphasised only technology, technical cadres. He wanted nothing but technology, nothing but cadres; no politics, no masses … Stalin speaks only of the production relations, not of the superstructure nor of the relationship between superstructure and economic base… Stalin mentions economics only, not politics’.

Mao’s book and his insistence that the studying of the book not only be required in schools but also a standard practice in the workplace is clearly a big part of the reason why his leadership and he enjoyed success and popularity. All units, in the industrial, commercial, agricultural, civil service and military sectors, would organise group sessions for the entire workforce to study the book during working hours. Quotes from Mao were either bold-faced or highlighted in red; and almost all writing, including scientific essays, had to quote Mao.

To defend against the theory that it would be counter-productive to spend so much time during the work day reading Mao’s book, it was argued that understanding Mao’s quotes could definitely bring about enlightenment to the work unit, resulting in production improvement to offset the time lost.

Now while I certainly will never advocate for a Maoist type leadership or management style, there is much to be said for ensuring that everyone around you understands, buys into and actively goes about supporting but one vision.

It’s what leading corporate consultants and visionaries regard as a founding block of great success and resilience in times of great challenge.

No one will argue other than that 2009 has been a terrible year for most companies, but what has been clear during these tough times is that those that have survived all echo one very important reality. A good foundation is an absolute must. And while we may not all agree on what a good foundation is, or how to build one, no one will argue with the fact that the measure of any company’s success lies within the strength of its foundation.

Vision, strongly lived values, attracting and retaining leaders who understand and anticipate that change will happen, placing emphasis on building a loyal and happy work force, and accepting that resilience is determined by the team of people leading the organisation, all contribute to bottom line success.

As Mao famously said: “We are the leaders and organisers of the revolutionary war as well as the leaders and organisers of the life of the masses. To organise the revolutionary war and to improve the life of the masses are our two major tasks. In this respect, we are faced with the serious problem of methods of work. It is not enough to set tasks, we must also solve the problem of the methods for carrying them out. If our task is to cross a river, we cannot cross it without a bridge or a boat. Unless the bridge or boat problem is solved, it is idle to speak of crossing the river. Unless the problem of method is solved, talk about the task is useless“.