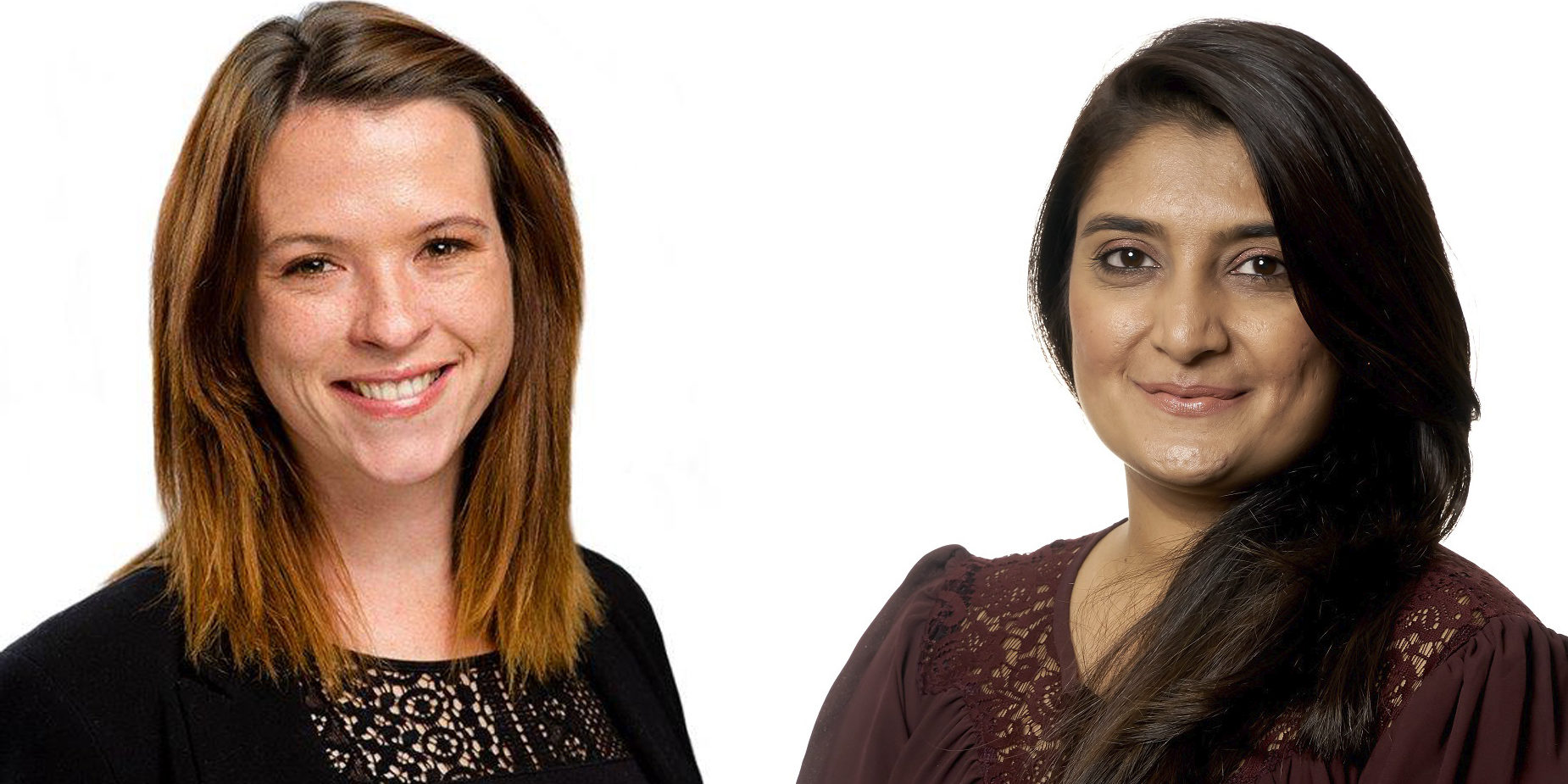 The Carbon Tax Act 15 of 2019 (Carbon Tax Act), the Customs and Excise Act 91 of 1964 (Customs Act) and the Customs and Excise Amendment Act 13 of 2019 (Customs Amendment Act) pose numerous uncertainties on the road to implementation of carbon tax.  We have mapped out below a pathway to assist taxpayers in navigating the complex statutes regulating carbon tax.

Section 15(2) of the Carbon Tax Act read with sections 1 and 54A of the Customs Act provides that carbon tax will be administered as an environmental levy under Chapter VA of the Customs Act.  This means that administrative actions, requirements and procedures concerning the submission and verification of accounts, collection and payment of carbon tax as well as taxpayers’ rights and remedies will be regulated by the complex and cryptic provisions of the Customs Act and the rules to the Customs Act (the Rules).

Although SARS will be responsible for the collection of the carbon tax, the Department of Environmental Affairs (DEA) will be inextricably linked to this process.  The carbon tax base will be determined from the emission data that is collected by the DEA.  SARS will be privy to the database that is recorded by the DEA.  The rationale for this is formulated on the basis that this “checks and balances” system will increase taxpayer compliance in respect of the carbon tax.

In order to facilitate the carbon tax, the DEA has implemented a mandatory GHG reporting system.  The National Greenhouse Gas Emission Reporting Regulations, 2016 introduce a single national reporting system for the transparent reporting of GHG emissions emanating from identified affected sectors which contribute to the nation’s GHG emissions.  The GHG Reporting Regulations are one of the implementation tools which will be used to regulate the reporting of data and information from identified point, non-point and mobile sources of atmospheric emissions to the National Air Emission Inventory System (NAEIS) with a view to compiling atmospheric emission inventories to inform the carbon tax.

The GHG Reporting Regulations apply to the categories of emission sources listed in Annexure 1 thereto and a corresponding data provider (i.e. reporting company) as classified in regulation 4 thereof.

The reporting obligations imposed on Category A data providers are more stringent and comprehensive than for those in Category B, as they are based on operational control and must cover all process, fugitive and combustion emissions from all GHG emission sources and source streams belonging to listed activities. A data provider is classified as –

The reporting thresholds under the GHG Reporting Regulations, as well as the emission sources identified in Annexure 1, are informed by the IPCC Guidelines for National Greenhouse Gas Inventories (2006) (IPCC Guidelines), which Guidelines stipulate the reporting methods recommended for each IPCC emission source and relevant GHGs. In this regard, the DEA published the “Technical Guidelines for Monitoring, Reporting and Verification of Greenhous Gas Emissions by Industry” (Technical Guidelines) as a companion to the GHG Reporting Regulations in April 2017, which aims to provide guidance to reporting companies on methodologies to apply when quantifying GHG emissions from activities listed in Annexure 1 for reporting on the NAEIS.

The Rules to section 75 of the Customs Act regulate the actual administration of rebates, refunds and drawbacks.  The Rules prescribe the requirements, the applicable time periods as well as the list of documents to be retained, which must be satisfied by a taxpayer in the application of rebates, refunds and drawbacks.  The same would be applicable to taxpayers claiming an allowance in terms of the Carbon Tax Act.

In order for the provisions of the Customs Act to apply, it is presumed that “allowances”, as defined in section 1 of the Carbon Tax Act, must be interpreted as having a similar meaning to that of “rebates, refunds and drawbacks”.

In this regard, it is useful to first acknowledge that the Customs Act and its Schedules already make provision for environmental levies paid on carbon tax produced in the manufacture of certain products.  For example, Part 3D to Schedule 1 imposes an environmental levy on carbon dioxide emissions in the production of motor vehicles.  However, the environmental levy on carbon dioxide produced in the manufacture of motor vehicles is an extremely isolated occasion in light of the broader provisions of the Carbon Tax Act (i.e. the Carbon Tax Act makes provision for a broader scope of emissions (GHG) produced by a variety of sectors and activities as opposed to just the production of motor cars).  It is impossible to conceive that the legislature intended the “allowances” in Part II of the Carbon Tax Act to be administered in the exact manner as rebates, refunds and drawbacks on excise duty paid on the carbon dioxide produced in the manufacture of motor vehicles.

Section 54AA(d) of the Customs Amendment Act provides that any administrative actions, requirements and procedures for purposes of submission and verification of accounts, collection and payment of carbon tax as an environmental levy or the performance of any duty, power or obligation or the exercise of any right must, to the extent not prescribed in the Carbon Tax Act, be prescribed by the Commissioner in the Rules.

The Customs Amendment Act and the Rules provide that any person who operates an emissions generation facility/ies (which comprises various emissions generation points) at a combined capacity equal to or above the carbon tax threshold to license that facility as a customs and excise manufacturing warehouse.

The Rules provide that in order to apply for the licence, the applicant must:

If the emissions generating facility’s capacity operates below the threshold, a taxpayer will only need to register and will not be required to furnish security.

Section 17(1) of the Carbon Tax Act provides that a taxpayer must submit an environmental levy account and make payments in accordance with the Rules every six months for each tax period.

In accordance with section 17(1) of the Carbon Tax Act, draft Rule 54FD.04 provides that every licensee must, in the month of July following the tax period, but not later than the penultimate working day of that month:

The Carbon Tax Act was signed by the President on 23 May 2019 and will come into effect on 1 June 2019.  Consequently, the first environmental levy account and first provisional payment is due in July 2020.

The Carbon Tax Act also provides for an adjustment period requiring a taxpayer to effect any required adjustments to environmental levy accounts and payments for a tax period in the subsequent environmental levy account and payment of the period commencing on 1 January and ending on 30 June in the following tax period.  This method is similar to that of provisional tax, where a taxpayer’s income tax liability is paid in advance to ensure that taxpayer does not remain with a large tax debt on assessment.  Accordingly, the payment of carbon tax will be spread over the relevant year and will be paid in two amounts.  On assessment of the first “provisional payment” will be off-set against the liability for carbon tax for the applicable tax period.

Where SARS disallows allowances claimed by the taxpayer or disputes whether the taxpayer falls below the carbon tax threshold, the taxpayer will have recourse to the remedies in Part A of Chapter XA of the Customs Act (sections 77A to 77HA).

Should SARS refuse to enter into ADR, the taxpayer’s internal remedies are exhausted and the courts should be approached for relief.

Carbon tax seeks to change consumer behaviour and encourage investors to shift towards low carbon options.  In the interim, taxpayers are urged to review their businesses and adopt methods to ensure it meets the criteria to claim the allowances.